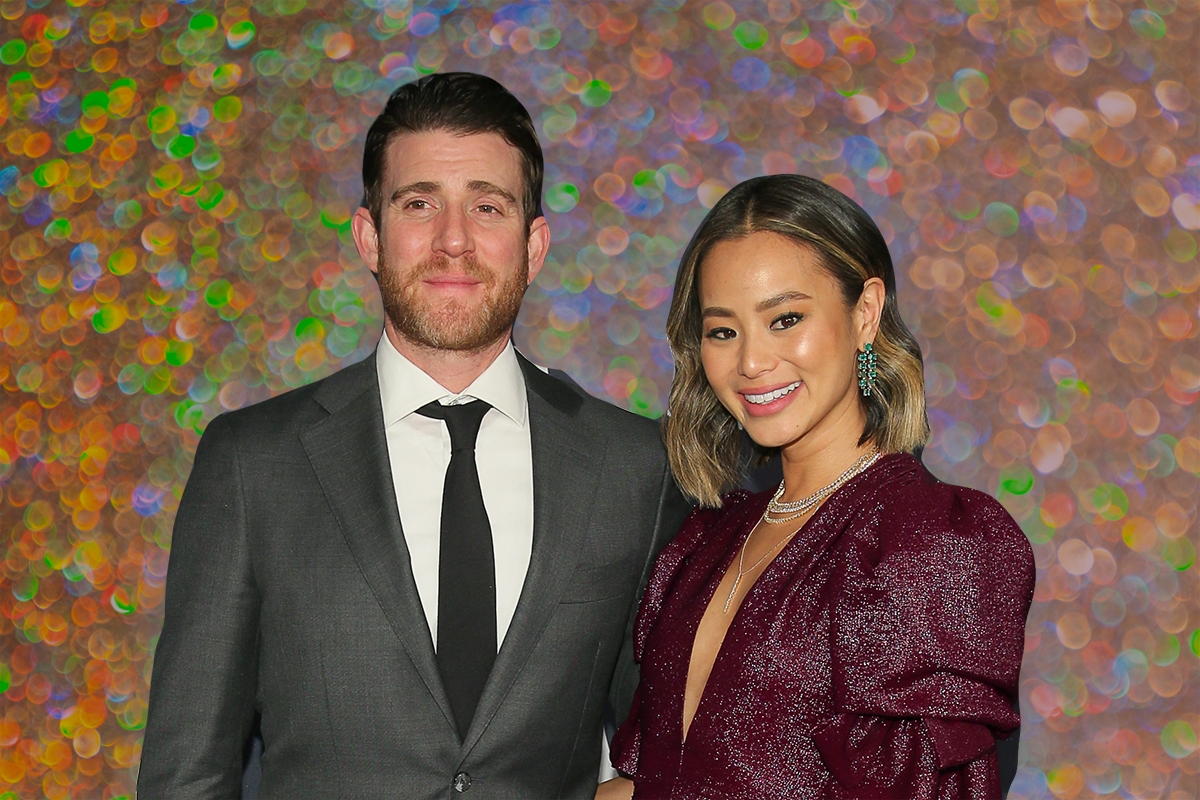 Surprise! Jewish cutie Bryan Greenberg is now a dad! That’s right, the musician and actor, whom you may know from shows like “One Tree Hill,” posted a video of himself on Sunday with two brand-new baby twins — having never announced that he and his wife, Jamie Chung, were expecting.

Greenberg joins a long line of surprise pandemic babies, but we have to admit that his announcement is a strong contender for the most adorable one.

In the video, you can see Greenberg looking tired and emotional as he holds the two little newborns against his chest. He gives a heartfelt smile to the camera, which then zooms into the babies’ arms, which are oh-so tiny and snuggled side-by side. Greenberg gives them a loving squeeze.

“We’ve got double the trouble now,” he wrote in the caption, tagging Chung. Very, very cute!

Greenberg proposed to Chung in 2013 during the Hanukkah/Christmas holiday season, with an original song he composed for her (so sweet!). The couple got married in 2015, under a chuppah made adorned with olive branches and wild grasses. Greenberg broke the glass — mazel tov! — and they danced the hora.

In 2017, in an interview with Complex, Greenberg, who grew up Jewish, talked about getting his first Christmas tree ever for Chung.

Greenberg spent his childhood in Omaha, Nebraska (other famous Omahan Jews include “Rugrats” co-creator Arlene Klasky, and “Baby-Sitters Club” showrunner Rachel Shukert). His family moved to St. Louis, Missouri, when he was 12. His parents are psychologists and he grew up in a Conservative Jewish home with all the regular trappings —  Jewish youth groups, a bar mitzvah, Jewish summer camp, a trip to Israel, et cetera. Greenberg later worked at Camp Herzl in Wisconsin.

This past Hanukkah, he posted a picture of his family’s Zoom candle lighting, and back in May, following a spate of anti-semitic incidents related to the Israel-Gaza conflict, Greenberg posted on Instagram renouncing antisemitism.

Greenberg comes from a long line of Brooklyn Jews; earlier this year he posted a 1910 picture of his Jewish great-grandparents, writing, “My great great grandparents Morris and Lena Greenberg. Morris was born in 1886 New York. He owned small grocery stores all over Brooklyn. Funny enough I live just 3 blocks away from one of their old stores and residences. Brooklyn blood runs deep in this fam! So do big ears apparently:)”

One of Greenberg’s first claims to fame is his role in “One Tree Hill,” where he played Jake Jagielski, a member of the Tree Hill Ravens basketball team, a teen dad and Peyton’s love interest (where are my Jayton fans at?). Jake was a fan favorite, even though he only starred in 3 seasons of the show.

A lot of Greenberg’s roles — including Jake! — have been Jewish. Actually, if we want to be exacting: his roles have been of Jewish dreamboats, because, let’s face it, aside from being a great actor, Greenberg is very easy on the eyes! Even if you don’t recognize his name, it’s quite likely that you’ve swooned at him in one of his many, many roles.

In the movie “Prime,” he plays a young Jewish man, David Bloomberg, who falls in love with an older woman, Rafi, played by Uma Thurman. Rafi discusses her relationship with her therapist, played by Meryl Streep — who happens to be David’s mom. That’s right, Greenberg had the honor of having Meryl Streep play his Jewish mother. Is that living the dream or what?

In “Bride Wars,” he plays Nate Lerner, Kate Hudson‘s on-screen brother, and in “Friends with Benefits” his character has a casual relationship with Mila Kunis’ character.

Greenberg played another Jewish character, Ben Epstein, in “How to Make it in America,” an HBO show about two men trying to make it in New York’s fashion world, and he also starred as a version of himself in the 2005 George Clooney produced show “Unscripted.”

Greenberg is also beloved for playing Mindy Kaling‘s son’s nurse, turned boyfriend, turned husband, turned ex-husband, Ben, in “The Mindy Project.” In the show, Greenberg plays a single dad once again — feels like his roles certainly prepared him for fatherhood!

He also co-starred with Chung in the 2015 romantic film “Already Tomorrow in Hong Kong.”

Those of us from a certain age bracket might recognize Chung from her time as a cast member of “The Real World: San Diego” (2004), but just like Greenberg she is a prolific TV actor — she’s played Mulan in “Once Upon a Time,” Valerie Vale in “Gotham” and she currently stars as Ji-ah in “Lovecraft Country.”

In 2019, Chung opened up on Instagram about freezing her eggs, stating, “I have the best life partner a person can ask for and I know I want to one day raise a child with Bryan. I’m just unsure when that will happen. And I realized that’s OK.”

Well, it looks like the time has come! Mazel tov to Greenberg and Chung on their bundles of joys! If you’re still looking for names, may we suggest our Jewish baby name bank?