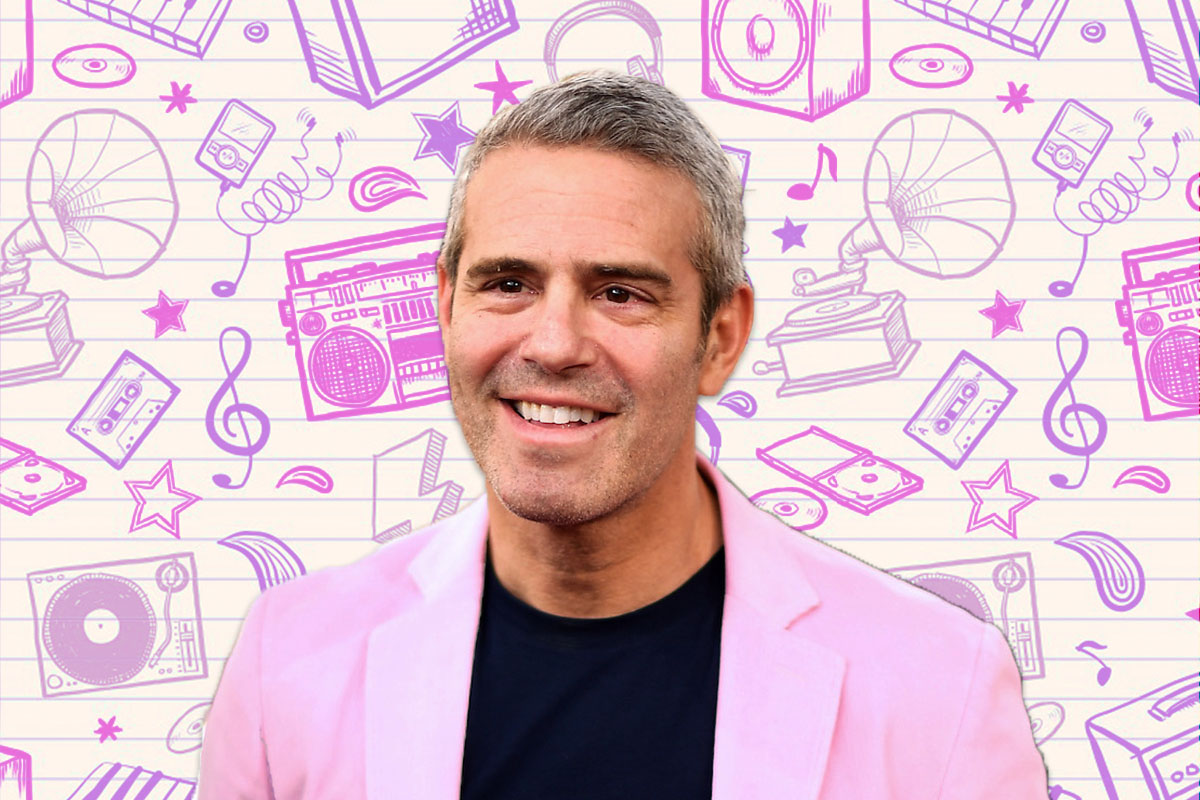 I’ve got the best, and I do mean the best, Jewish sitcom news for you — no, “The Nanny” reboot hasn’t gotten greenlit yet, but this is pretty darn close. A sitcom based on Andy Cohen’s childhood is coming to NBC, and yes, it will be super Jewish.

The sitcom will be a fictionalized tale based on our favorite Jewish dad‘s 2012 memoir “Most Talkative,” which he dedicated to the strong women in his life — first and foremost his Jewish mom, Evelyn (love these two so much), all the “Real Housewives,” and Madonna, just because.

It will also be a much-needed addition to bar mitzvah-themed pop culture lore (from a Netflix musical to Adam Sandler’s newest comedy, we’re getting a lot of those lately!), as it will follow Cohen in his bar mitzvah year, as he tries to learn his haftorah with his stoner bar mitzvah tutor. Can’t wait to see who gets cast in that role!

The show will take us to Andy’s childhood in 1980s Saint Louis, and follow his soap opera-fueled imagination, which makes him both a popular figure and a source of Drama with a capital “D” — a skill that we know will go on to serve him well in his professional career as an executive producer of the “Real Housewives” franchise, the host of “Watch What Happens Live!” and our favorite person to watch the ball drop in Times Square with every new year.

In the book, Cohen describes TV as his childhood “home base,” and “All My Children” as one of the landmark shows in his life — even getting his mom into the show despite the fact that, according to Cohen, “In general, Jewish women don’t watch soaps. Don’t ask me why.” (This “Days of Our Lives” superfan will agree to disagree.)

Teen Cohen is also a Cardinals fan, despite hating to play catch with his father. And yes, he’s gay. Cohen recalls that he was around 12 or 13 when he first realized that — in his dad’s tennis club locker room. At first, he recalls feeling devastated, as at the time he had no one to look up to who was publicly out.

In real life, Cohen came out to his parents in his 20s, after a study abroad experience in London gave him the confidence to do so. He’s often spoken about how his family was the ideal family to come out to; his mother Evelyn started working at at AIDS charity in Saint Louis after he came out. The sitcom might change the details, but it will definitely acknowledge Cohen’s queerness — and hopefully be the Jewish queer (and funny!) coming-of-age show we’ve always dreamed of.

The show, which is titled like the book, “Most Talkative,” will be directed by Todd Holland, the Emmy award winning director behind “Malcolm In the Middle.” This is a man who knows how to make a delightful sitcom!

Weiner (who, fun fact, played Kellogg Lieberbaum in “The Fresh Prince”) wrote the Broadway musical “First Date” and the musical adaptation of “Trading Places.” Weiner is an actor, composer and producer. He has also written songs for “High School Musical: The Musical: The Series.”

“I’m tickled to use my childhood as the jumping off point for what I know will be a hilarious show, and to work with an incredible team,” Cohen, who is also an executive producer on the show, said in a statement.

We’re so very tickled, too. No word yet on the cast of the show, or when it will come out, but it truly can’t come soon enough. We’ll keep you updated.