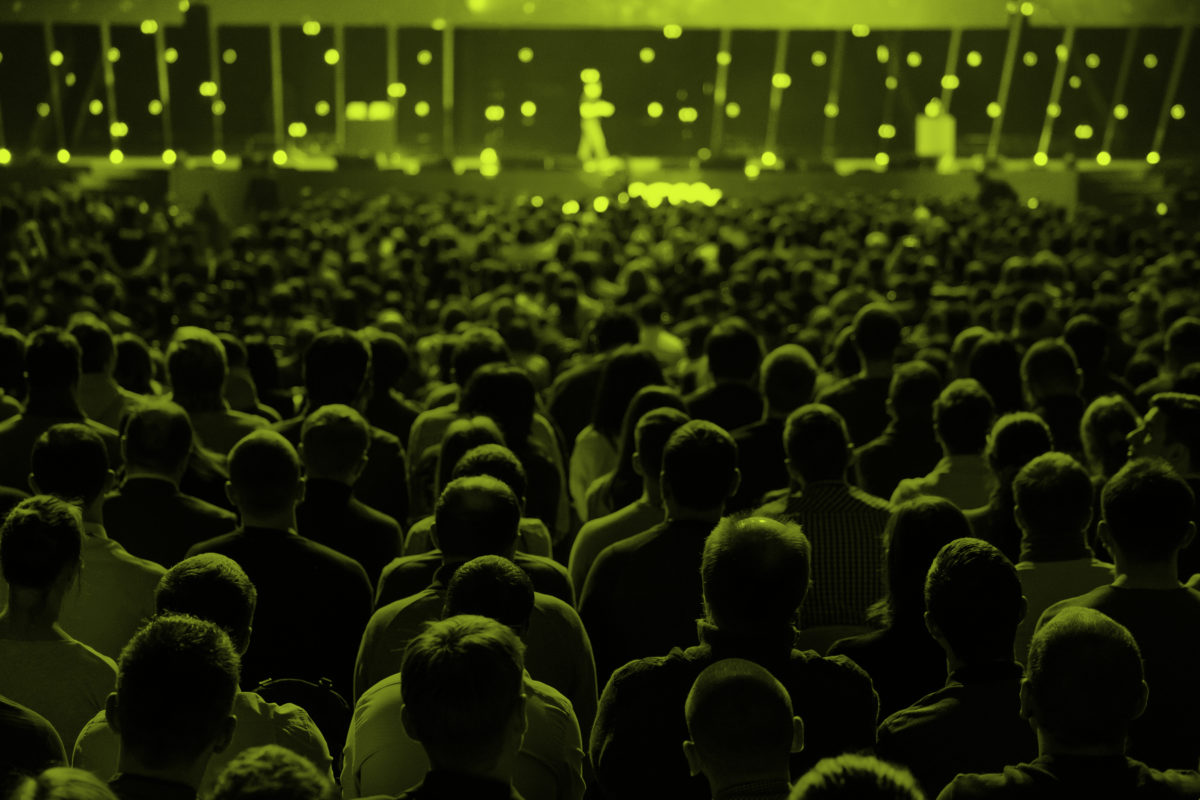 As you likely know by now, the U.S. is currently experiencing its biggest measles outbreak since the disease’s eradication, with over 800 confirmed cases. Many of these outbreaks are taking place in ultra-Orthodox communities.

Here at Kveller, we’re all about keeping our kids safe from the measles. Especially yours truly; I live in the middle of the measles outbreak in Brooklyn, which meant I had to give my infant son an extra dose of the vaccine. Not fun. But measles is worse.

Which is why we’re so upset about a rally that took place in a ballroom in Monsey, Rockland County — one of the focal points of the current outbreak — on Monday, May 13. The rally, which was aimed at the area’s ultra-Orthodox community, was presented as a “vaccine symposium” — a very official-sounding name for what was basically a gathering of some leading anti-vaccination “authorities” (of which only one was actually ultra-Orthodox).

It breaks our hearts to see a roomful of parents listening to this misinformation; reportedly, there were even babies in the crowd. The insular ultra-Orthodox community has been the target of anti-vaccine propaganda, through a scientific-looking pamphlet from a group called PEACH, as well as a hotline that targets women that spreads anti-vaxx opinions.

We’ve mentioned, again and again, that there’s no valid Jewish religious reason to not vaccinate your kids. In fact, the majority of ultra-Orthodox Jews do vaccinate, and the local Jewish authorities came out against the rally. However, in such tight-knit communities, where kids are constantly together, even a small pocket of anti-vaxxers can be dangerous.

These anti-vaccine propagandists know how information (rather, misinformation) can spread — in fact, this isn’t the first tight-knit community they’ve preyed upon. As Ars Technica reported, anti-vaccine groups used the same tactics when the somewhat insular Somali community in Minnesota experienced a measles outbreak.

But the information shared in this conference, was — pardon our French — truly bananas.

An anti-vaccination rally a thread: pic.twitter.com/PRW91s1aQo

Rabbi Hillel Handler — who previously told Vox that parents who “placate the gods of vaccination” are engaging in “child sacrifice” — accused New York City mayor Bill de Blasio, who had declared a public health emergency in some Brooklyn zip codes, of…  possibly being a secret Nazi? I don’t know, honestly. He called him as a “sneaky fellow” and a closet German — “Wilhelm, his real name, was named after Kaiser Wilhelm of Germany.” (Actually, the mayor changed his last name from Wilhem to de Blasio, his mother’s maiden name, to distance himself from his father, who was a heavy drinker and caused his family emotional distress).

One doctor at the conference peddled a conspiracy theory that the vaccinations given to ultra-Orthodox Jewish kids were somehow altered or defective —  despite the fact that the overwhelming majority of those infected with the measles, mostly children, were not vaccinated.

Another big guest at the rally was Del Bigtree, AKA the guy who exploited the Holocaust for his anti-vaccination agenda by wearing an actual yellow star (!!!) in order to gain traction. He has been condemned by both the ADL and the Auschwitz Memorial.

But the creme de la creme of the rally’s roster was Andrew Wakefield, the disgraced doctor who first made the fraudulent connection between autism and vaccines. According to the New York Times, Wakefield “appeared via Skype to offer an almost apocalyptic vision of a world in which vaccines were giving rise to deadlier immunization-resistant diseases.”

Despite numerous reputable studies that have refuted the connection between vaccines and autism, it’s not very likely that people like Bigtree, Handler, or Wakefield will grow disillusioned with their anti-vaxx misinformation. But we are honestly worried that that misinformation will cause more mothers not to vaccinate, and that the measles will continue to spread.

The only thing we can do is educate ourselves about the measles, and do what we can to keep our children safe. And by that we mean to vaccinate your kids, of course.