An Interview with Man Repeller's Jewish Founder Intended to Call Out White Privilege. Then Things Got Antisemitic. – Kveller
Skip to Content Skip to Footer

An Interview with Man Repeller’s Jewish Founder Intended to Call Out White Privilege. Then Things Got Antisemitic. 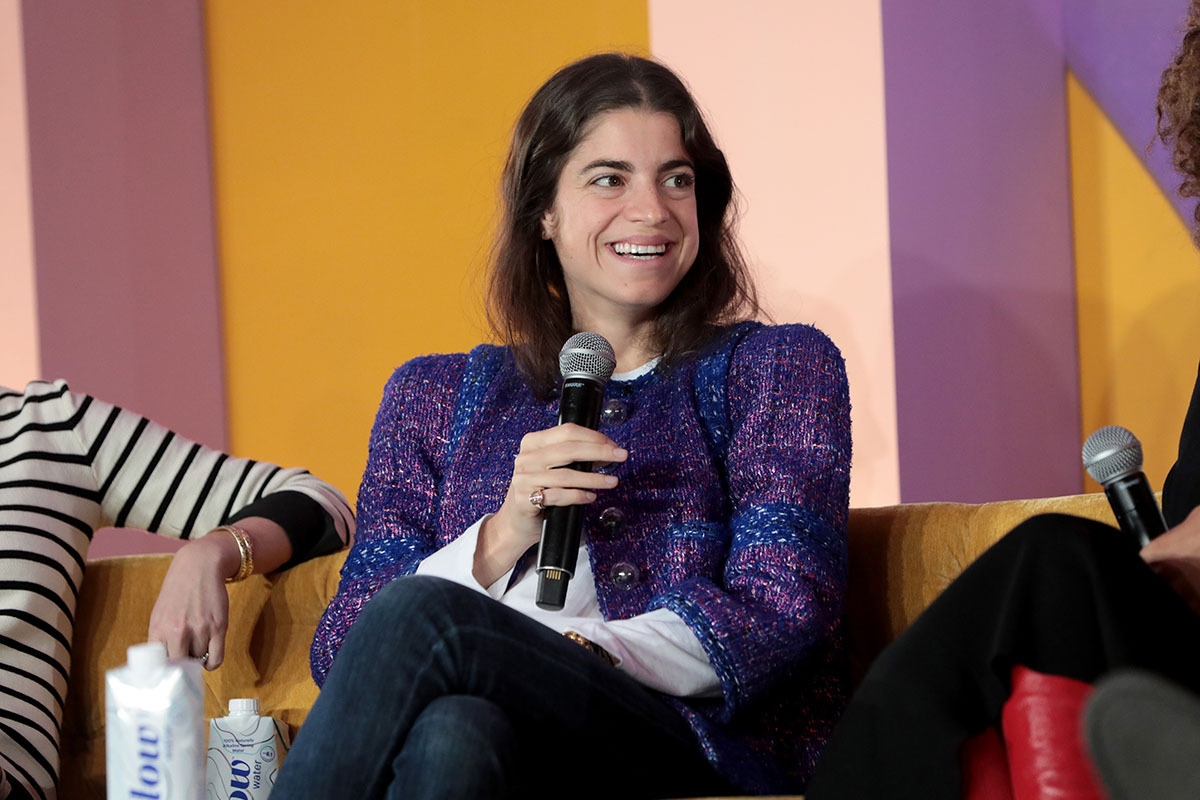 For years, my wife told me her outlook on fashion was inspired by Man Repeller, the edgy publication founded by Leandra Medine Cohen, a Jewish prep school graduate who encouraged her followers to dress for themselves, not for the men around them.

Last year, we both watched as Medine Cohen — a mom of twins who is no stranger to controversy —  stepped down from Man Repeller, then closed it, after facing backlash for firing one of her few Black employees a few months before last summer’s racial justice protests.

So on Thursday night, when I learned that she had recorded an interview that was widely panned as a self-involved disaster, I was curious enough to listen. But when I tuned into the episode of the podcast, called “The Cutting Room Floor,” and hosted by designer Recho Omondi, I was surprised by what I heard — not because of what Medine Cohen said, but because her interview was bookended by antisemitism.

Near the beginning of the episode, Omondi, who is Black, discussed the racist origins of the United States — and falsely implicated Jews.

“This country was founded by racist white men — and for the purpose of this episode it’s important to note that many of those white men, slaveowners, etc., were also Jewish and also saw Blacks as less than human,” she said. In fact, Jews, let alone Jewish slaveowners, did not make up any significant proportion of the United States’ founders — and Omondi’s claim echoed a stereotype promoted by some of the most prominent American antisemites.

Then the interview with Medine Cohen starts, and it doesn’t go well. Medine Cohen grew up on the wealthy Upper East Side of Manhattan and attended the Ramaz School, an elite Jewish prep school. Her parents also owned a second home in the Hamptons. Yet she says at one point that, until last year, she thought she grew up poor and on the verge of homelessness. She also talks about how she abruptly closed Man Repeller, leaving the site’s employees without work during the pandemic.

The headline in The Cut — “Upper East Sider Realizes She’s Privileged” — summed up many people’s reactions.

“I couldn’t stomach another white assimilated Jewish American Princess who is wildly privileged but thinks she’s oppressed,” Omondi said. “At the end of the day you guys are going to get your nose jobs and your keratin treatments and change your last name from Ralph Lifshitz to Ralph Lauren and you will be fine.”

Omondi’s podcast has a substantial audience — at one point it was the top arts podcast on Spotify, according to Chartable, which tracks podcast rankings. And while many of the public comments about the episode praised it, I wasn’t the only one to bristle at Omondi using a decades-old anti-Jewish slur (the “JAP”) and invoking antisemitic stereotypes about Jews, materialism and assimilation.

The comment stream on the article in The Cut included reactions like, “[W]as it necessary to say such stereotypical and blatantly anti-semitic things to illustrate that? Big yikes all around.”

I first reached out to Omondi on Friday, soon after I finished the episode, and Medine Cohen on Monday. Neither has replied. But Omondi seemed to recognize the backlash. About a day after the podcast was uploaded, she posted on Instagram, “I want to recognize that I understand Leandra does not represent ALL Jewish people or the vast culture whatsoever.”

“If I see any mean spirited hate for the sake of hate towards Jewish people on this account, you did not listen to the episode or are missing the point completely,” she wrote. “And you will be BLOCKED. BLOCKED. BLOCKED.”

Other Instagram posts from Omondi screenshot tweets from Jewish women praising the episode, including one that praised her “tenacious + brilliant probe of the intersection of Jewish whiteness and Black belonging” and demanded “our accountability and engagement as Jewish women.”

Criticism continued to brew. In the days after Omondi uploaded the podcast, supporters of hers on Patreon, a site where artists can solicit small-dollar financial support for their work, expressed concern about her antisemitic statements. One wrote that Omondi’s implication that Jews can assimilate as white “erased Jews of color completely.”

“I think we can criticize [Medine Cohen] without bringing in anti-Semitic rhetoric or tropes,” another commenter wrote soon after the interview was uploaded. “Many white supremacists use this same language to target Jews. There are also many Jews who are are not able to just change their noses, hair and last names to assimilate and hide their ‘Jewishness.’ It’s also pretty damaging to imply that all Jewish people have big noses and curly hair (another anti-Semitic trope).”

On Monday, Omondi responded to another comment about antisemitism by writing, “Several people have said this and I’m grateful it has all been delivered with kindness and respect. We address this in Part 2.” That exchange came below a notice that the second part of her show on Medine Cohen would be uploaded the following week.

By Monday afternoon, the comment section on Omondi’s Instagram post about the episode had been closed. Then the Jewish writer Avital Chizhik-Goldschmidt tweeted that the episode “shamelessly equates Jewishness with wealth, power & privilege.”

By that night, the false and offensive references to Jews at the beginning and end of the podcast — both the comments about “slaveowners” and about a “Jewish American Princess” had been edited out. And The Cut subsequently posted an addendum to its article noting that “some listeners have said that parts of Omondi’s commentary played into anti-Semitic tropes.”

But already, Omondi may have strayed from the goal she outlined on a post last week about the episode.

“I want to be clear that it’s not my intention to stir up any hate or trolling from this episode,” she wrote. “I welcome critical & constructive thoughts though.”