Andy Cohen’s TMI Reason for Why He Circumcised His Son 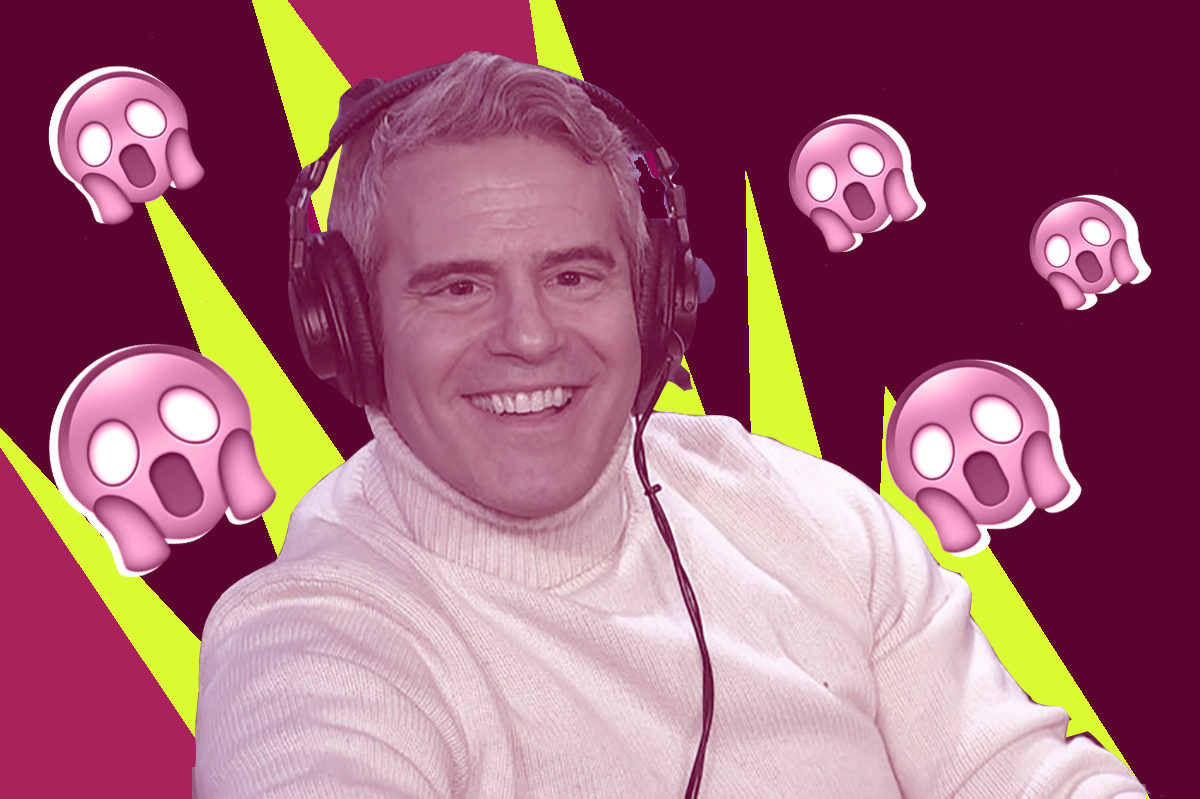 The decision to circumcise our sons is not one any parent takes lightly. As Jews, of course, it is customary to have a bris or brit milah on the 8th day of life, but nary a Jewish celebrity has opened up about this personal choice. That may be because — you know, in case this is your first day on the internet — people have some strong feelings about circumcision.

That is, until new dad Andy Cohen — not one to be shy about many things — opened up about his thought process on the “Howard Stern Show.” He told the shock jock why he circumcised his infant son, Benjamin Allen Cohen, in a very, um, colorful way: “I have a gorgeous circumcised penis and I wanted him to have the same.”

The internet responded with meme and GIF equivalents of, “We didn’t need to know that!!!”

Of course, the anti-circumcision comments (and the comparisons to female circumcision) popped up, because, you know, it’s Twitter.

Some people rightfully pointed out that simply saying, “I’m Jewish,” might have provided more appropriate reasoning.

why wouldnt he just say "we're jewish" and leave it at that?

But, as Cohen reminded everyone, this is Howard Stern he was talking to — and it was a joke. He then received a wonderful humorous reply from “Keep It!” podcast host and entertainment writer Ira Madison III.

So it’s not gorgeous?

Now, if this makes you concerned about Cohen and his boundaries as a parent, have no fear. The statement was indeed meant in jest and, in the rest of the interview, he’s very thoughtful about what is and isn’t acceptable to share when it comes to his son.

After talking about the process of finding a surrogate, (“it’s a megillah, dude,” Cohen tells Stern), Stern asked the Bravo host and producer if he intends to write a book about the experience of parenthood, specifically about the very TMI process of donating sperm and what (ahem) viewing material he perused while giving his sample.

“I started writing it all down,” Cohen explains. “And then I said, you know what? There’s a human being that you’re creating that’s going to read this, you can’t do this! So I scrapped it.”

When Stern’s co-host, Robin Quivers, asked Cohen if he had an immediate connection with his son, Ben, he replied in this super-relatable way: “I did, but I think what’s happening now is I’m in the process of falling in love, we’re falling in love with each other.”

So yes, despite the inappropriate jokes, we still think Cohen is an adorable dad and we’re so, so happy for him! Just look at this heart-melting picture of him and his son:

Mornings are my new jam #ThreeWeeksOld