Author Jennifer Weiner Gets Real About Fatphobia and Book Covers 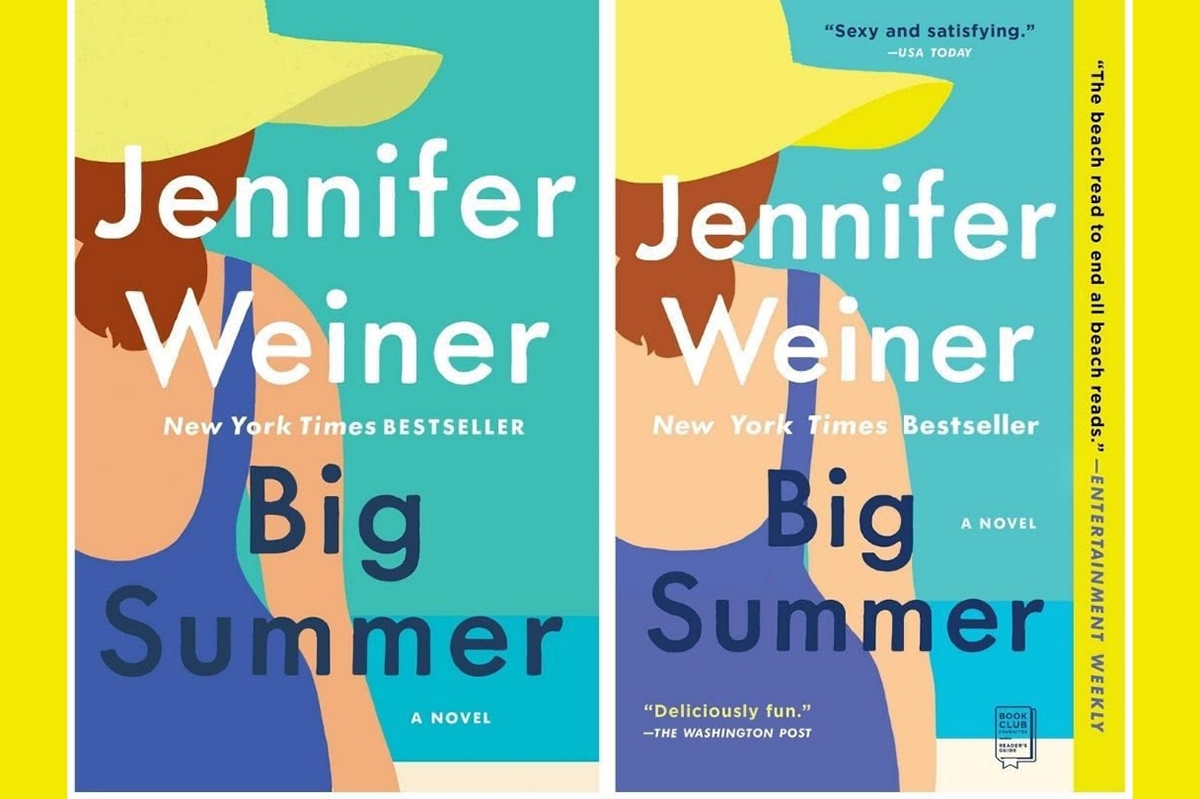 We all know the old adage of not judging a book by its cover. But as humans, it’s just something we instinctively (and unfortunately) do: we make judgment calls within milliseconds based upon appearance only.

This also true when talking about bookbinding, in a literal sense — publishers know that a cover is their one chance to compel you to pick up their book amidst a crowded table or shelf. As such, publishers put a lot of time, money, and thought into creating a cover that they think will attract the most readers.

As I was coming into my own as a reader and woman in the early 2000s, one of my favorite experiences was to go into a bookstore, luxuriate in the smell of freshly printed tomes, and let my hands wander on the covers of unknown books (oh, the pre-Covid age!). I’d let the covers draw me in, and I’d read the back of each book attentively until I found what I thought was the perfect match.

But I never realized just how these book covers also shaped the way I viewed myself — and that was especially with books aimed at young women. So many of these covers conformed to and amplified the ideals of desirability and attractiveness that already oversaturated the magazines and TV screens around me.

Recently, however, bestselling author Jennifer Weiner began calling attention to this issue in a series of social media posts. In her typically outspoken fashion, she breaks down how much fatphobia and “the thin gaze” influenced the covers that filled bookshelves in what were my most formative years.

During the early 2000s, many books aimed at female readers — this was, after all, the height of “chick lit” —  featured disembodied body parts, or women with their backs to the reader. The thinking behind this, Weiner says, was that women wanted to see themselves in these covers, and so these faceless bodies were there as their stand-in — to allow them to fill their own likeness into the faceless limbs.

The problem, of course, was that, even with an arm here or an ankle there, almost all these women were waif-like and white. That’s hardly a representation of the majority of American women, including Weiner and her protagonists. The cover for her first book, Good In Bed, which came out in 2001, did show a pair of legs that were not as skinny as one would expect. But in her following books, the women on the cover were all thin, much thinner than the women described inside their pages.

So many women, myself included, who struggle with their bodies find respite and comfort in books. And yet, for many decades, publishers were convinced that bodies that actually looked like ours did not deserve a place on their covers.

Eventually, to Weiner’s relief, the body-part trend abated. These skinny, homogenous bodies on book covers were replaced by inanimate objects, like shoes, plants, and bowls of ice cream.

It wasn’t until 2019 that the Jewish mom of two (and Girl Scout cookie aficionado) got her wish to have a full-figured body on her book cover. With the release of Mrs. Everything, she finally had a cover featuring bodies that looked like her protagonists — though, this time, they weren’t a photo, they were illustrated.

But even that isn’t always perfect, as Weiner realized when she tried to recreate the cover of her 2020 book, Big Summer.

“Last summer, when Atria Books did a ‘book covers IRL’ promotion, I tried to recreate the BIG SUMMER cover in my bathroom, with my own body,” she recounted in a Facebook post.

“That’s when I realized that the cover girl’s arm looked like it belonged on a different body, and was too slim to fit with my full-figured, big-hearted protagonist. That’s the hell of the thin gaze — you can be the most proactive, open-eyed, body-positive person in the world, and still fail to notice something like this, because we’ve all come to see one body type as normal,” Weiner wrote.

Luckily, at Weiner’s behest, the publisher changed the size of the arm in the paperback to conform with the rest of the protagonist’s fuller body. What’s more,  the cover of Weiner’s latest book, That Summer, also features the back of a delightfully plus-sized woman.

For Weiner, this is a good ending — and, honestly, I am so grateful that she fought for body diversity on her covers, and won. But we still need more diverse bodies on book covers — and not just on biographies of fat and plus-sized authors. We especially need bigger bodies of color to be celebrated on our bookshelves.

Fortunately, more and more books are offering that representation, from the recent YA book Fat Chance, Charlie Vega, and If It Makes You Happy, and the romantic Spoiler Alert.

We can only hope that more are coming.