Beastie Boy Mike D Had the Coolest Jewish Mom Ever 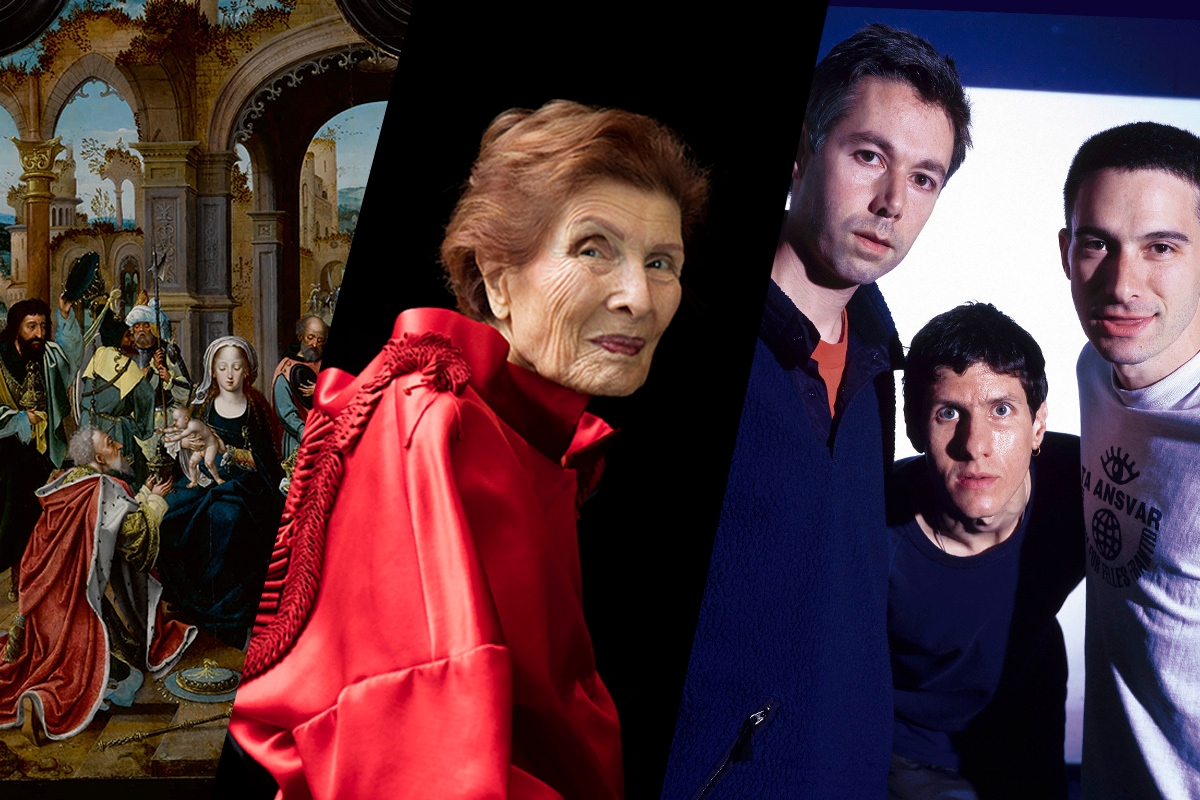 A recent and delightful New York Times piece about an upcoming art auction at Sotheby’s indicates something that we all should have known: Beastie Boy Michael Diamond — better known to music lovers as Mike D — apparently had the coolest Jewish mom ever.

Now, Mike D, along with his pals Adam Horowitz (Ad Rock) and Adam Yauch (MCA), formed the highly influential band the Beastie Boys in New York City in 1981. They started as a teenage punk band but eventually pivoted to hip hop. With the 1986 release of “Licensed to Ill,” the Beastie Boys became household names.

As indicated in the recent and incredibly entertaining Beastie Boys Book — seriously, if you don’t have it, are you even a fan?! —  the trio grew up in a rarefied, liberal-intellectual Jewish New York milieu. Their parents gave them the freedom to roam the city and to attend punk shows at all hours of the night  — and on school nights, no less. Essentially, they had the kind of childhood a decade-younger Midwestern kid like myself could only fantasize about (and hazily, at that).

But, apparently, the laissez-faire leniency these boys experienced was due, at least in part, to the fact that the Beastie Boys‘ parents were busy leading their own incredibly interesting lives. That’s right: Some of the Beastie Parents were clearly badass people!

Hester Diamond, Mike D’s mom, was famous in her own right as a world-class art collector. Over the course of her adventurous life, Diamond (who died of breast cancer in 2020 at age 91) amassed an incredibly vast art collection that was as vibrant as she was. Departures magazine recently called Diamond’s Central Park West duplex “one of the greatest, most idiosyncratic art collections in America,” describing it thusly: “Your eye might dart from a Renaissance sculpture to a post-impressionist canvas to video art, all peacefully coexisting within a modernist décor saturated with color.” 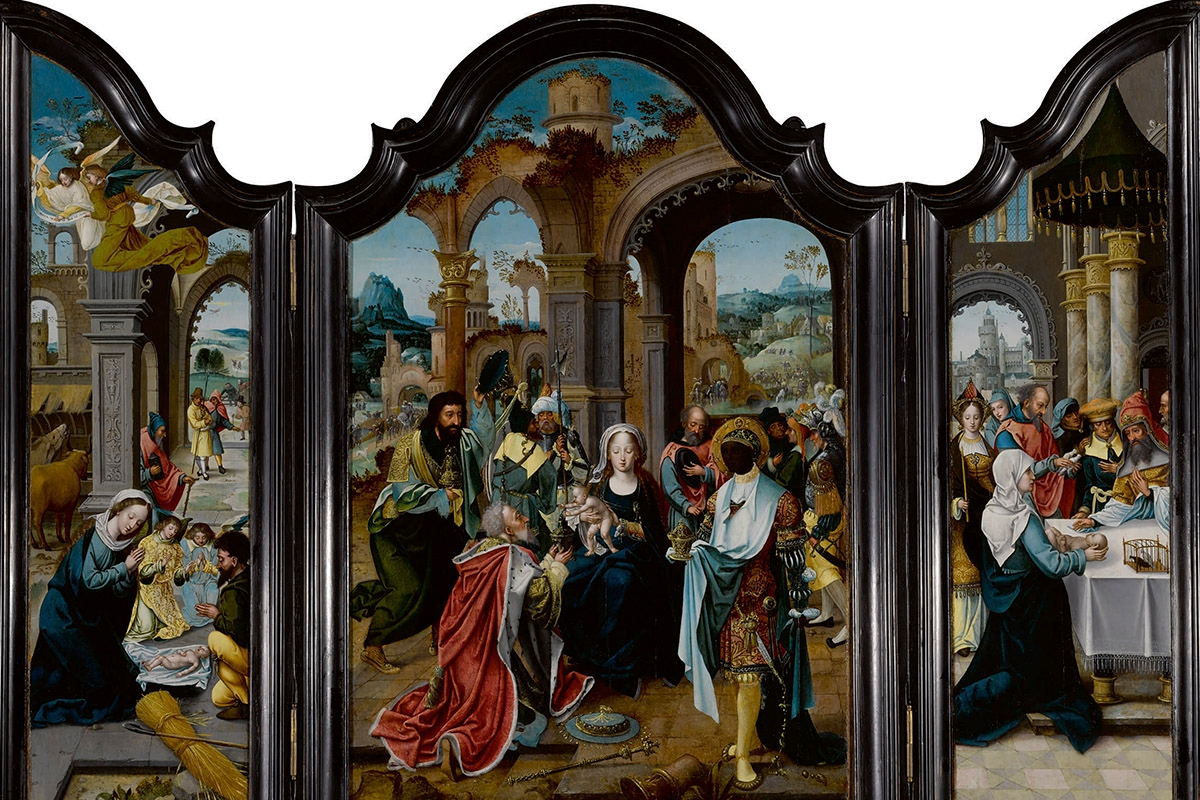 “Pieter Coecke van Aelst, A triptych: The Nativity, The Adoration of the Magi, The Presentation in the Temple” from The Collection of Hester Diamond

Diamond’s collection was also seriously valuable: “Fearless: The Collection of Hester Diamond” is expected to fetch some $30 million at Sotheby’s New York this week. Old Master paintings and sculpture — including Autumn (1616) by Baroque father-son artists Pietro and Gian Lorenzo Bernini — will be up for live auction on January 29. Online, contemporary art, minerals, and, yes, select Beastie Boys memorabilia are also on offer.

Diamond — or “Hester D,” as the Times piece winningly calls her — was born Hester Klein in the Bronx in 1928. She attended high school and college in Manhattan, where she spent a considerable amount of time at the Museum of Modern Art. In 1950, she married Harold Diamond, a teacher who was from her old neighborhood.

The couple shared a passion for art — they began working weekends at Martha Jackson’s influential gallery in the early 1950s — and raised three sons: David, Mike, and Stephen (who died of neuroendocrine cancer in 1999). Over the years, they became art collectors and dealers, and the Diamonds amassed an incredible collection of contemporary art, “often acquiring pictures directly from artists in their circle of friends, including Rothko and Willem de Kooning,” according to the Times.

When Harold died in 1982 at age 56, Diamond switched gears. Instead of contemporary works, she turned her eye to Old Master paintings and sculpture, including “wonderful examples of early Italian Renaissance painting, early Netherlandish painting, and an remarkable array of terracotta, marble, and wood European sculpture,” according to a Sotheby’s press release. 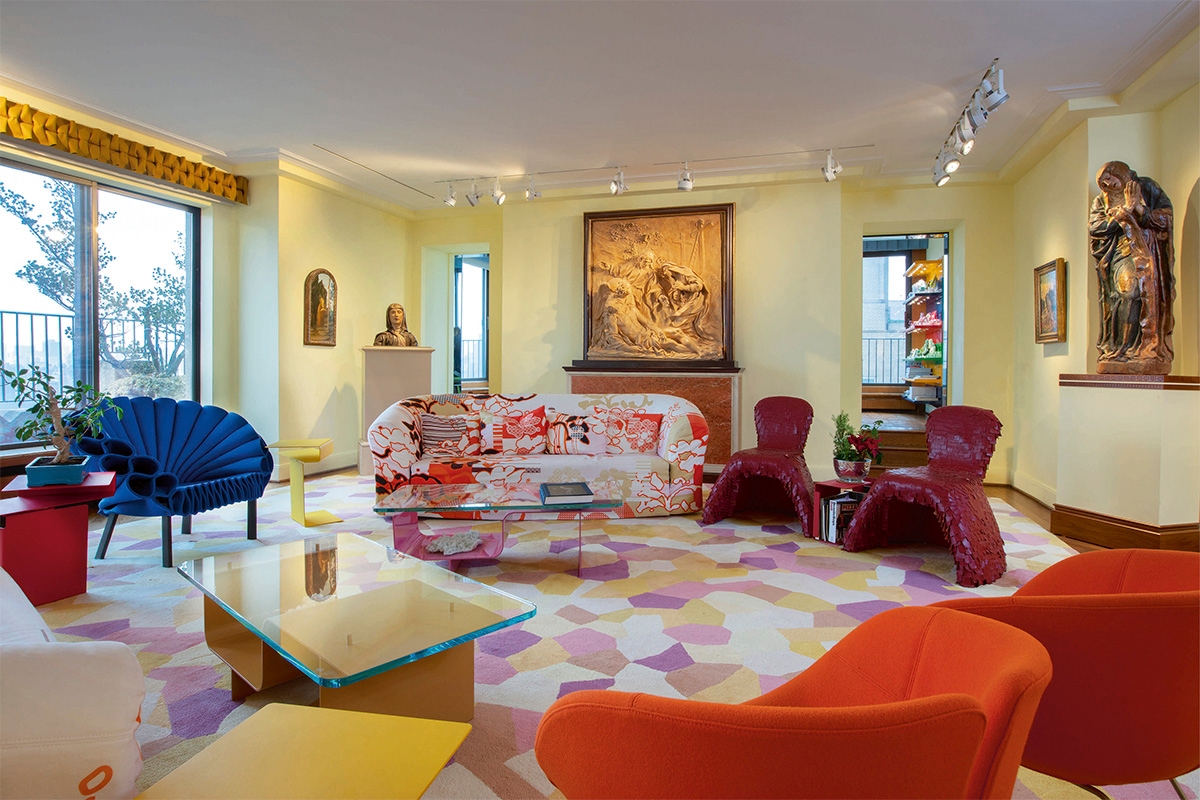 Mike D provides a fascinating glimpse into what it was like growing up among these works in the Diamond household: “There were all these artists and art historians and characters from the New York City art world that would permeate most evenings of our lives,” Mike D told the Times. “There were some pretty strongly opinionated folks in that room. So it always seemed completely normal to both my brothers and I that you’d have an opinion about everything. We had a family motto: ‘Often wrong, never in doubt.’”

(Has there ever been a better motto for a Jewish family? I think not!)

“If you wanted to paint something that was totally unlike what anybody else had done, or if you wanted to do an installation art piece that was not like anything the world had ever seen, that was completely normal,” he continued. “I do think it led to me being in a band where there was just — nobody ever told us we couldn’t do A, B, C, and D, and that’s why we did all those things.”

Just what, exactly, did Diamond think of her son’s band? “I think she was patient and tolerant. I don’t think she embraced any of it, honestly,” Mike D told the Times. “She still was a Jewish mom.”

He shared a heartwarming anecdote about meeting his mom for lunch just after the Beastie Boys’ 2006 concert film Awesome! garnered a positive review in the Times: “I showed up at the restaurant, and she puts the paper down on the table,” he said. “She’s like, ‘You know, Michael, I kept thinking I was going to get the call from you one day that you’d gotten a day job, but I guess now I’ve finally given up on that idea’.”

However, like so much of Jewish tradition, it seems certain aspects of the Diamond style of parenting (and parenting exceptionally talented people, at that) were passed down from one generation to the next.

It turns out that Diamond credited her lenient parents for her incredible and unexpected career. “I knew from a very young age that the Bronx was OK for living in, but that my destiny was in Manhattan,” she said in an oral history interview that was quoted in her New York Times obituary. “And I knew that there were all kinds of interesting places you could go, and things to see, and things to think about in Manhattan.”

“And so I would just take off after school,” she added. “It’s kind of interesting now the degree of freedom I had.”