‘Better Things’ Gives Us the Best Jewish Mom on TV 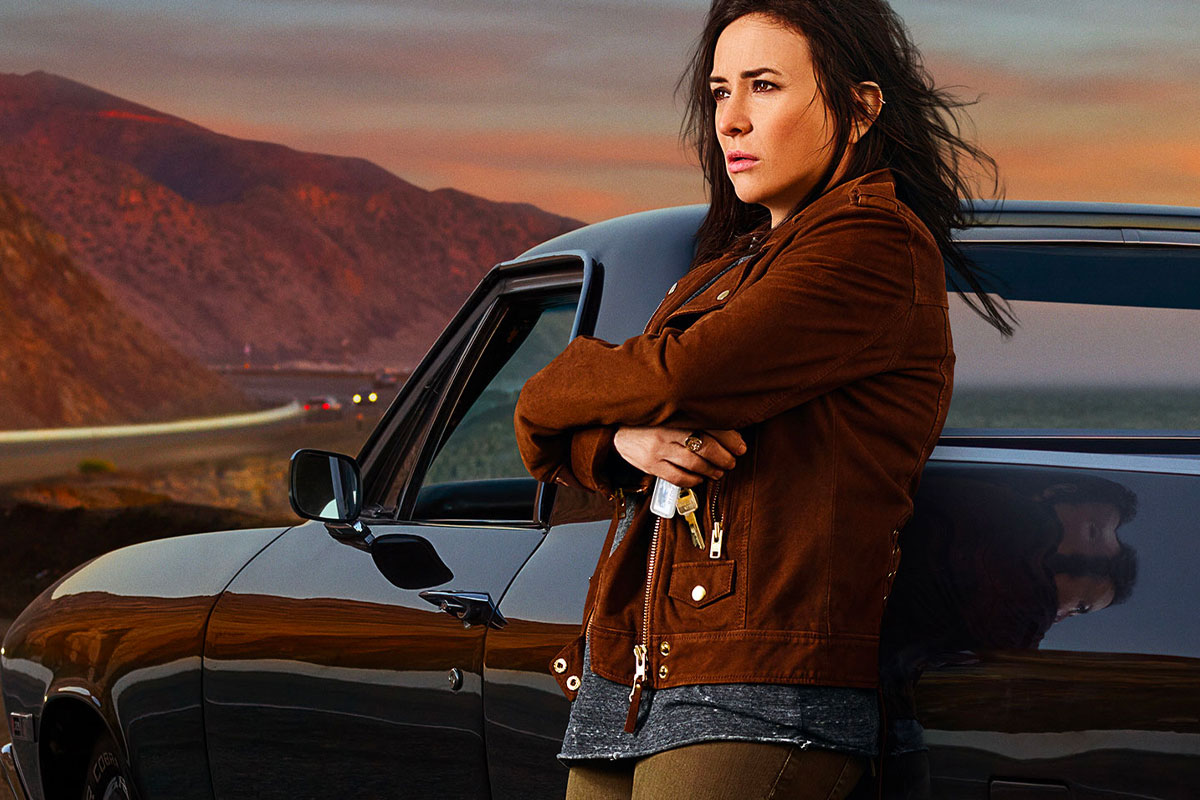 No offense to Mrs. Maisel, but Sam Fox on FX’s “Better Things” is the Jewish icon we need to see on TV. The final season of the show, about a working actor and single mom to three teenagers, displays all the traits we love in Jewish women while bucking the stereotypes we dread.

The semi-autobiographical series was created by the star, Jewish actress Pamela Adlon, and the final episodes highlight the Fox family’s Jewish culture more than any previous season in keeping with Adlon’s signature style.

Her mom-mobile is a 1960s El Camino and her bohemian house, with its warmly layered rooms, has a rotating cast of arty friends. This is not the mother we grew up with or Seinfeld’s mom. Instead, Sam Fox represents a new wave of Jewesses who blend multiple cultures while still having a reverence for her family’s history. She’s a single mom who’s fiercely protective of her kids but isn’t a helicopter mom. She’s the cool kind of mom who talks to her kids about real issues but also lays down the law. And she blends the old with the new in a way that feels very unique to 2022.

Over the past six years, we’ve watched Sam and her family deal with many stages of life, like aging and puberty, in ways that are funny and profound. During this latest season, we are once again dropped via a string of vignettes into the lives of the Fox family: Sam’s unfiltered mom, Phil, as she wrestles with Sam to keep her independence in old age; Max, the oldest kid, who’s keeping a major secret from Sam; Frankie, the middle child, who’s grappling with gender identity; and Duke, the youngest, who’s barreling into moody adolescence.

In the first episode, Sam and her brother, played by Kevin Pollack, visit a genealogist who reveals that their great-grandparents were born in areas of the former Soviet Union that are now Ukraine. Cruelly, only one member of their family escaped Hitler with her two kids, who were later turned into the Nazis by her gentile mother-in-law. “Mother-in-laws,” Sam shrugs.

Sam’s father was a Jewish comedy writer and her British mother converted to Judaism — and Sam goes all in on her heritage this season. There’s a focus on the importance of celebrating rituals and life’s big milestones. Sam’s reverence for the past reflects the Fox family’s Jewish culture when she takes one of her teenagers to place stones on her father’s gravestone. There’s also Sam’s frequent use of Yiddish. As she struggles to come to grips with her work-life balance — like every mom ever — she exclaims, “This is a shanda! You don’t turn down work! What am I doing?” Even more endearing is their pet goldfish named, naturally, Gefilte.

In between the parenting and the working, it’s a joy to see Sam out in the world, being kind to strangers and a loyal friend. While this trait isn’t necessarily exclusive to Judaism, you’ll definitely find the idea of kindness up, down and every which way all through the Torah. She is blunt and honest but knows how to admit when she’s wrong. “Put a doily on me and call me Judge Judy,” she says after speaking rashly to her best friend, played by Diedrich Bader (who has arguably the best celebrity presence on Instagram).

Food, a central tenet of Jewish parenting, has always played a major role in the show. Adlon devotes entire scenes to showing her character using cooking as a way to let her kids know she’s there for them. She recognizes the basic primal need to feed her children and highlights the centering effect dinner can have on a family. She’s also a messy cook. She drops ingredients on the floor and cuts her hand while slicing garlic, making her infinitely relatable. She cooks for pleasure and for fuel, even when her family fails to show up after she spends an entire scene preparing sloppy joes and profiteroles. Actual profiteroles!

In one key scene, Sam labors (lovingly) over a pot of Ukrainian borscht while klezmer music plays in the background. Later, she lugs the meal across the street to her mom’s house and begins scooping out the piping hot bowls for her kids, only to find, once again, that her mother has undermined her. Producing a plate of chicken wings, Phil says, “Don’t be so sensitive, darling. Chicken goes well with bowls of roughage.” This launches the group into an intergenerational squabble, with Sam’s teenagers bringing up moments of trauma from her own childhood. Sam ends up bringing a bowl back to her house, eating on her stoop, alone with her borscht.

But the beauty of Adlon’s work is that these moments are never seen as bummers. You can count on Adlon to use music, dialogue or simply one of Sam’s weary glances to punctuate these poignant moments with humor. Like her cooking, Adlon shows that life is chaotic but the victories are delicious. It doesn’t hurt that Adlon herself is Jewish, so those moments of cultural connection come from an authentic place.

After Sam and her brother leave the genealogist’s office, she comments, “All of those lives, all of those people…That makes me feel like we’re a part of a greater chain of history and humanity, like the past and the future. It gives me confidence somehow.” We are so lucky now to have her series as part of the streaming canon, ready to watch whenever we need a boost of confidence and a perfectly relatable Jewish mother.