'The Marvelous Mrs. Maisel' Season 4 Was Worth the Wait – Kveller
Skip to Content Skip to Footer

‘The Marvelous Mrs. Maisel’ Season 4 Was Worth the Wait 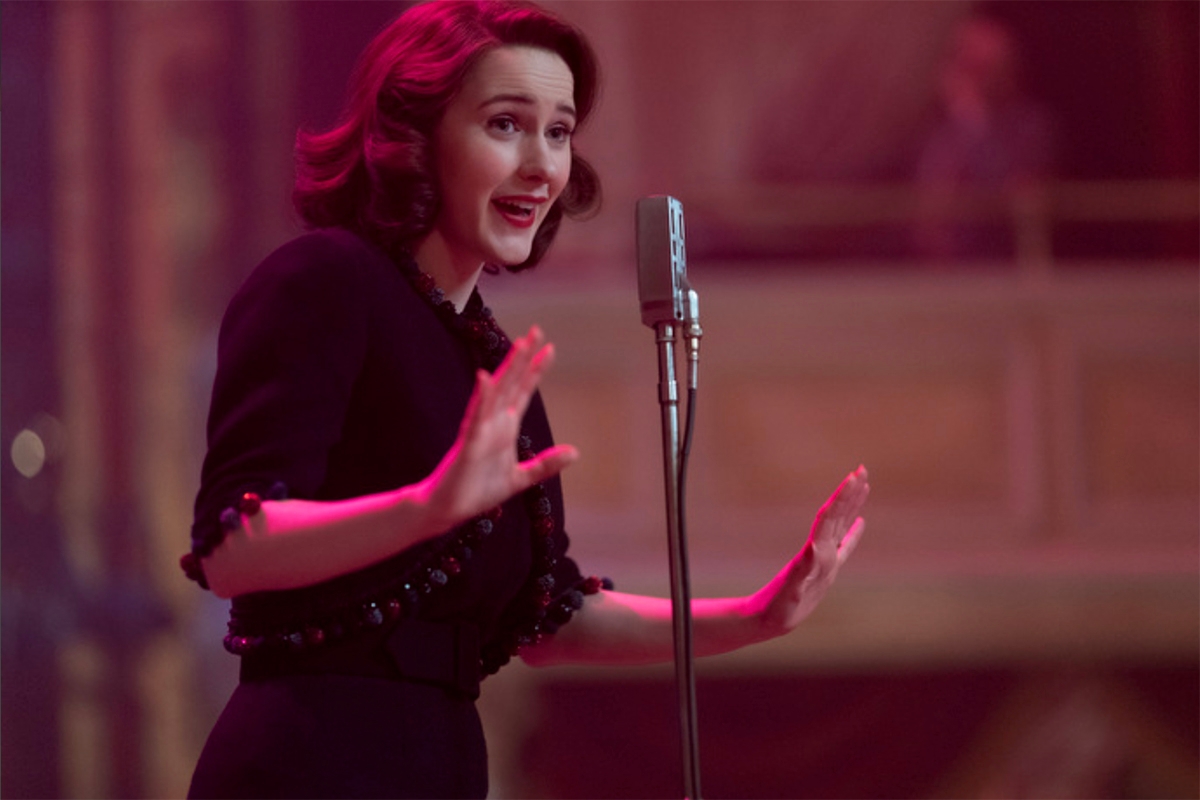 Since its premiere in 2017, “The Marvelous Mrs. Maisel,” arguably one of the most Jewish shows made in recent years, which follows the eponymous Jewish mom turned standup comic and her misadventures starting in 1950s New York, has been a well-oiled TV machine. Every December, like clockwork, the “Maisel” team churned out, both magically and predictably, a new season. It was a real, reliable boon for Amazon Studios, earning countless award nominations, including 20 Emmy awards, and entrancing millions of viewers worldwide.

Then, we got hit by a global pandemic, and even Amy Sherman-Palladino, the most honed and practiced of TV creators, was brought to a halt.

Now, more than two years after the season three premiere, we’re finally getting a new season of “The Marvelous Mrs. Maisel,” though, if I may kvetch, we’re not getting it all at once — the first two episodes of the show premiered today, and in the next three weeks, we’ll get two more episodes every week.

Still, delving back into the meticulously crafted world of “Maisel” (which was just renewed for a fifth and final season) — back to the familiar cadence of that classic Sherman-Palladino dialogue in that New Yawk accent, back to those sets that make you feel like you’re in 1960s New York, those technicolor outfits that make you crave a whole new wardrobe — I couldn’t help think that it was all worth the wait.

There’s something poetic about meeting Midge (Rachel Brosnahan) where she is now, after dealing with the aftermath of being dumped by Shy Baldwin in the middle of what was supposed to be a career-cementing tour at the end of season three. Like so many of us, she is picking up the pieces of her life, trying to work out, along with her parents, a new, tenuous financial and professional reality — except she does it with more chutzpah and more style.

Yet, more than anything, what’s comforting about this new season is its reliable familiarity. Us viewers have known and loved the world of the Maisels and the Weissmans, and even more than two years after we saw it last, it’s still unchanged.

It’s like going back on a tour of all your favorite childhood places. Feast your eyes on a beautifully shot scene in a New York landmark, brought back to its period glory — this season it’s the magical Coney Island and its Wonder Wheel and the Plaza Hotel and its opulent ballroom. Join us as we go to synagogue with the Weissmans once again. Come back to the Gaslight, where Midge will once again perform a set that will, somehow, still be funny — threatening an enemy with playing bad klezmer by their window for 24 hours. Enjoy the genius of Tony Shaloub acting the life out of a line, of Alex Borstein‘s firecracker comic delivery as Susie Myerson. Treat your ears to an obscene amount of Jewish jokes, some better, some worse — some even kind of meta (this season, Midge goes to a club where she sees a comedian perform stereotypical Jewish jokes so predictable that instead of jeering, Midge just completes them from the crowd).

If we’re talking about Jewish jokes, I feel like I should at least mention that, despite not getting new episodes of “Maisel,” these past years have brought quite a bit of Maisel-related discourse, with discussions about “Jewface” and Jewish representation on TV, and why the most Jewish main character of any show — Miriam Maisel — isn’t played by a Jewish actress.

Four seasons in, there is an undeniability about the fact that Rachel Brosnahan’s Mrs. Maisel is the ultimate Mrs. Maisel — that this role was absolutely made for her. She is funny, zingy, beautiful, the right mix of fierce and frail. It would be nice to have a show with a lovable main Jewish character played by a Jew, of course, but that doesn’t take away from the fact that Brosnahan has earned all those awards and accolades with her performance of a Jewish character that, ultimately, is fully developed and human and touching.

The same can be said about Tony Shaloub, who plays such an incredible Jewish dad in this show that it’s easy to forget he himself is not Jewish. It’s hard to say anything bad about the man or his role; this season he once again brings humor and vulnerability to Abe as he tries his hand at a job at a newspaper, and as he moves back in with his daughter into their Upper West Side apartment.

But the same is absolutely true about the Jewish roles filled by Jewish actors — Michael Zegen’s Joel Maisel becomes more and more lovable each season, and in this one he is figuring out his relationship with Midge as he cements his role as a reliable and protective co-parent.

And Susie — Susie is an utter delight, digging herself out of the Susie-made financial hole she created for herself in past seasons and trying to lift Midge up and revive her career (and their bank accounts).

“The Marvelous Mrs. Maisel” has its flaws. There are moments when it falls into Jewish caricatures, and as a show, it is primarily concerned with storytelling, and not with social commentary. But even those flaws seem to remain consistent.

The fourth season doesn’t seem, as of yet, to offer anything new. But sometimes, what you need is the same old good thing that works oh-so-well.