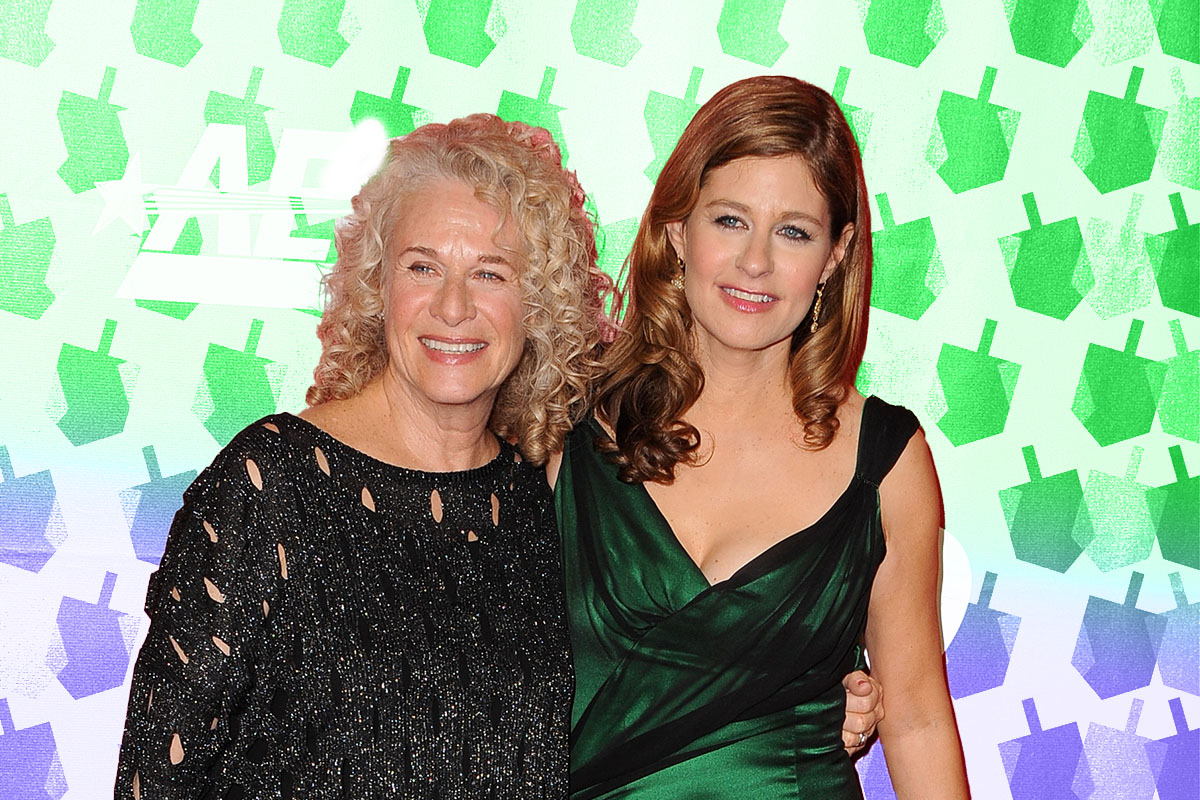 In 2011, Carole King released a holiday album called “A Holiday Carole.” The pun remains excellent, as are all the songs, including the very fun “Christmas Paradise” which adds refreshing Latin beats and summery vibes to the wintertime holiday.

King, who as some of you may know, was born Carole Joan Klein to a Jewish family in Brooklyn, worked on the album with her daughter, Louise Goffin (the two also collaborated on the recording of your favorite TV theme song “Where You Lead”). Goffin’s father and King’s first husband and songwriting partner, Gerry Goffin, was also Jewish (he passed away in 2014). So of course, the album had to include a token Hanukkah song.

But instead of going with the regular “Dreidel, Dreidel, Dreidel” route, or even for the grandiosity of a “Maoz Tzur,” King and Goffin recorded the Hanukkah blessing that we recite for eight nights when we light the candles on the menorah. And it remains, in my opinion, one of the best celebrity Hanukkah songs of all time.

Not only is the jazzy moody feel of the track perfect for both the solemnity and the cozy, homey vibe of the candlelit holiday — but the song has three generations of the King/Goffin family. Carole and Louise both sing on the track, and they’re also joined by Hayden Wells, Louise’s son and King’s grandson. Hayden is now 20 and a very talented musician in his own right.

Goffin recently shared a picture of Wells recording the song in the studio:

We’ve heard other celebrities singing the Hanukkah blessings, from Jack Black to Adam Lambert to Pink and her daughter Willow, and it’s always just so special. But this wonderful track that celebrates three generations of talented Jewish musicians still takes the cake. It’s a great recording and such a unique rendition of the Hanukkah blessing that we pass down from generation to generation every holiday.