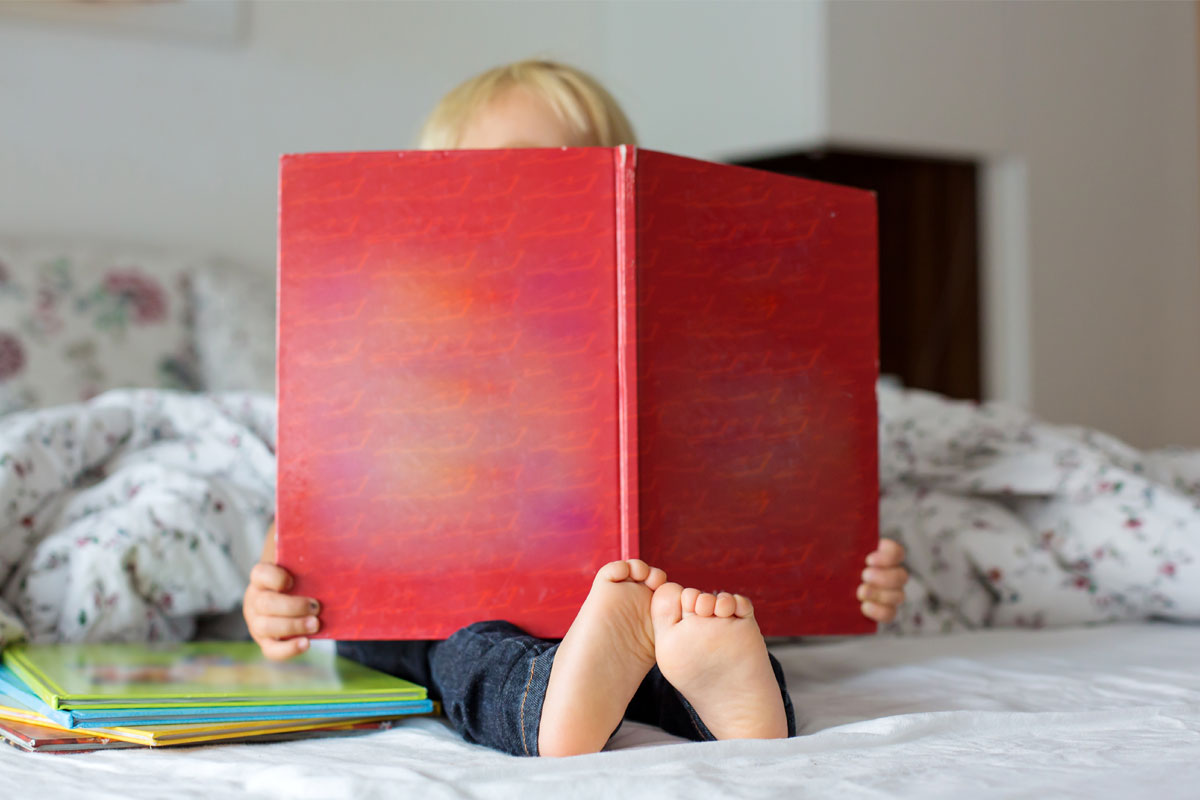 “What a beautiful Shema,” I coo. “Keep singing! Adonai…”

Our voices cascade down the two flights of stairs to greet my husband in the building lobby on his return home from work. He unlocks the front door and gives me a bemused half-smile.

I know, I respond to him through a shrug. For the second time that day I marvel at the many ways motherhood has changed me.

The first time occurred that morning, when I rejoiced at my 1-year-old daughter’s dirty diaper (she’d worked really hard for it). Who am I? I texted an old friend after I’d smothered my daughter’s perfect baby butt in diaper cream (post-hummus rash). I literally jumped for joy after G pooed today.

And I have: from a notorious prude who basically banned toilet talk from my college friendship group to someone who has daily, in-depth conversations about my children’s bowel movements.

This change, obviously, was necessary. But belting out the Shema with no hint of self-consciousness or sullenness? That was a change I never saw coming.

I was raised in a Modern Orthodox household. Those values were non-negotiable: We observed Shabbat (no electronics, weekly synagogue attendance) and holidays, kept kosher and studied Jewish texts twice a week with a local rabbi.

My parents did a wonderful job at ensuring Judaism was fun and engaging. Our sukkah — adorned with excessive amounts of twinkling string lights bought on sale post-Christmas — had an open door policy, with an endless stream of guests ranging from distant family members to my non-Jewish classmates. Shabbat was sweet with “special” (sugary) cereals and soda. No theological question was too challenging or shocking for my dad, who would sit down with me and discuss it openly and extensively.

From a very early age, though, I struggled with the intensity of Orthodox observance. As one of the most religious families in our community, I was different to many of my Jewish friends. Their parents never made them sing the (excruciatingly long) “Shalom Aleichem” and “Eishet Chayil” on Friday nights. Their parents let them wear tantalizingly short dresses to synagogue. Their dads didn’t pray with the same zeal as my own, who rocked back and forth with a tallis over his head to block out distractions.

To an easily embarrassed kid, being different was difficult.

The funny thing was, when my friends came for Friday night dinner, they clapped along to “Shalom Aleichem” and unselfconsciously joined in, mumbling their way through it. They teased my dad about how frum (religious) he was — and he laughed along with them. And while I blushed through my father’s blessing, recoiling as he embraced me afterwards (physical affection in public, ew!), some of them asked him to bless them, too, in lieu of their own fathers, who didn’t know the words. I envied their light-heartedness, and how they found the whole experience fun, when I just felt awkward.

Things came to a head at age 17, the peak of my very dramatic adolescence. I was sick of everyone telling me what to do — and being Jewish involved so many rules. Rules that severely threatened my social life at my non-Jewish high school; I missed crucial parties because of Shabbat and chances to date hot Christian boys who I knew my parents wouldn’t approve of.

But it wasn’t just teenage rebellion. A close friend had just died by suicide, and my grief sparked a huge faith crisis. I felt isolated from halacha (Jewish law); it seemed silly and make-believe, easy to dismiss. I was angry at God (if there even was one) for letting my friend die, my parents for enforcing a Jewish lifestyle that I had increasingly less interest in, and myself for not really knowing what I wanted or being brave enough to take it.

It all got a lot easier when I left home for college and put Judaism on the back burner. I needed a break from the potent emotions involved in navigating religious skepticism. This very purposeful choice was not, I admit, a healthy one.

Still, I trundled along in determined religious apathy — until a year ago, when our toddler began coming home from gan (Israeli kindergarten) with what I can only describe as religious fervor.

He found wonder in every festival — the gleam of the menorah, dancing on Simchat Torah, the blare of the shofar. He sang “Lecha Dodi” to his stuffed toys as he lay in bed at night. He pointed out every kippah that he saw with ear-splitting excitement.

His joy was irresistible and, instinctively, I wanted in.

So one Friday, I offered to light the Shabbat candles together. It was the first time I’d voluntarily lit candles in over a decade. Striking the match, and watching his eyes light up, I didn’t feel awkward, as I’d expected. I felt happy. I was excited to pass on this Jewish tradition to him. That such a small act could be the source of shared delight encouraged me to do more.

Before long, we were jamming to “Shalom Aleichem” on his toy xylophone and clapping along to the Birkat Hamazon (Grace After Meals) as he sat on my lap. It was only a hop, skip and an “amen” until I teared up over his Shema.

Motherhood has given me the permission — and confidence — to become somebody I don’t recognize. At 17, I assumed that my Jewish identity would always be convoluted, riddled with guilt, self-consciousness and pride. But I don’t have time to indulge those emotions when other things are more important, like jostling through the crowd at synagogue to let my son kiss the Torah as it parades past, just to hear him gush about it all walk home.

How lucky I am to get a second chance to see how joyful Judaism can be through a child’s eyes. And this time, I won’t lose sight of it.