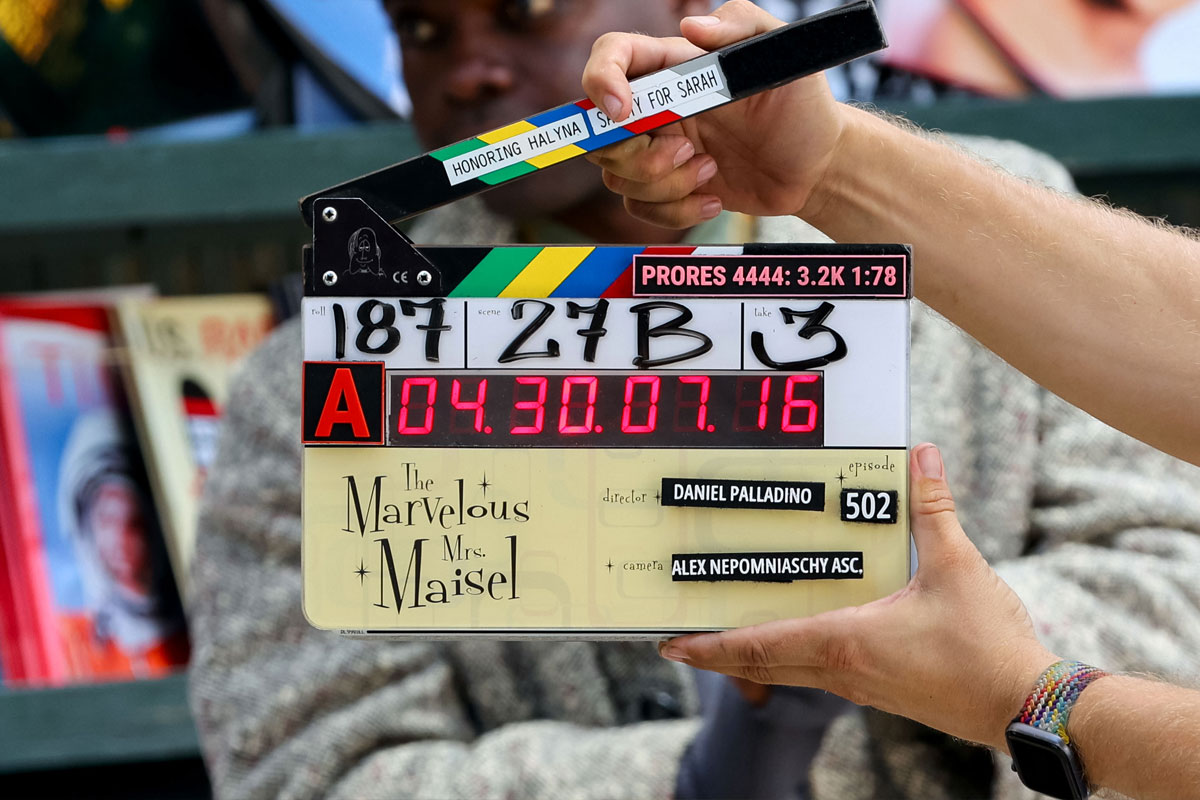 A few years back, my husband got a ticket in the mail for running a red light. When I saw the date stamp, I understood. Yom Kippur had just ended; he was hungry.

For 35 years he’s fasted, and without coffee, he’s like gefilte fish minus the horseradish — lifeless — stumbling through the day reading, napping and making his way to synagogue.

Still, I always tried to honor the holiday alongside him — doing some last-minute atoning and scrambling to find the nearest body of water for tashlich (which was all too often the bathtub). But ever since we had kids a decade ago, my holiday traditions transmuted into child care, catering and commuting. Our boys looked on as their mother emulsified cauliflower soup and mandolined cucumbers while their pale father nodded off nearby on a daybed. It should be mentioned that the rest of the year, my husband partakes in the domestic, so I told myself that I juggled these tasks on this sacred day not because of my gender identity, but because my blood sugar was steady and he had a headache.

At the holiday’s most frenetic, I schlepped our two sons from Brooklyn to a friend’s apartment in Harlem so I could attend Yizkor for my mother, then retrieved and brought them back to synagogue. I took the subway four times, drowning out the screeching brakes with “Ya’aleh” on my headphones. On one trip, a light saber was lost. But each year at day’s end it all seemed worthwhile when my sons and I paraded to the bimah for Havdalah and Hatikvah at the close of services, laser swords forgotten, electric candles aglow.

So this year, when my 9-year-old son got cast as an extra on “The Marvelous Mrs. Maisel,” set to shoot on, you guessed it, Yom Kippur, I hesitated. How can I spend the holiest day of the year on set for eight hours instead of at synagogue — even if it is an extremely Jewish show — explaining away the snack buffet, bright camera lights, and paycheck? Heh-eh-venu! We have caused others to sin.

I’m a Jew who falls somewhere on the observant spectrum between “Maisel” and “Shtisel.” I attended Jewish day school; my parents and I traveled to Russia to meet my bat mitzvah twin; and once, Ray Suarez interviewed us for the nightly news about celebrating Hanukkah in the tide of Christmas. But I also grew up in a household of contradictions. Yes, my mom needed a bite of honey cake so she wouldn’t get lightheaded during her Torah honor, but did my dad really need that Viennese pastry we stole away for between morning and Mincha services? And what about the time they visited me in New York, arriving late on Erev Yom Kippur? It was during a rough period in our family, all the more reason to let the holiday envelop us. But we were cranky and confused, three Jews, too embarrassed to be seen eating in public on a fasting holiday, too hungry and depleted not to eat at all. Obviously, room service was the only option.

If I conceded to the filming, wouldn’t I just be turning myself into one of the cast, an actor playing a Jew? Or, what if by having a 2nd AD watch my kid and craft services host the break fast, I could use the time to read a spiritual text, stream a service, or meditate on the Jewish rituals I was recovering for myself and eroding in my child?

My husband and I explained to our younger son that this year was a one-time exception. We also told our older son that he had to miss soccer. Household of contradictions.

At the start of Kol Nidre, I found myself earbuds in, listening to our hallowed cantor sing the ancient Aramaic chant as I stared at a camera monitor watching a scene rehearsal, catching glimpses of my son looking sharper than he ever did for synagogue with a navy blazer, necktie and pressed white shirt. The retakes were not unlike the repetition of prayers, and when they shouted, “Quiet all around!” the surrounding hush had the stillness of the silent Amidah. While these muted minutes made the service easier to hear, I was unprepared for the hollowness I felt missing Kol Nidre in person, that what I thought was a perennial, portable part of myself was not. I tried to comfort myself by imagining that the female extra nearby — dressed in a coral-colored wool 1960s skirt suit with a matching vintage turban hat and costume jewelry — was my Aunt Tilly. She looked just like that when we picked her up for synagogue, greeting me in these exact words: “Darling, it is marrr-velous to see you!”

On Yom Kippur day, we spent much time in satellite holding, awaiting our fate — not in the Book of Life way, but on whether to head over to set, alternately standing and sitting just like in the sanctuary. At one point in an effort to instill a smidge of meaning into the day, I played my son a video about the holiday’s Torah portion, Jonah and the whale. When we wrapped at 5 p.m., we scampered uptown in the rain to meet my husband and other son just as the Neilah service was beginning, arriving soaked — as if spit from the belly of a beluga ourselves. Our second chance.

Grateful to be encircled by the melodies in three dimensions, I felt like a fake when the rabbi said: “We are almost at the conclusion of our journey.” As the service escalated, then descended, I panicked. I had forgotten the electric candles and wanted the boys to join the processional. That’s our family finale! But then, suddenly, I noticed that I was shoulder to shoulder with my 11-year-old, who was swaying, engrossed in the music and the moment, lips following the Hebrew prayers in his machzor, and I knew that I dare not do a thing. I needed to remove myself from the equation, because for others to find meaning in ritual, they can’t be disrupted. Isn’t that ultimately what parents must do — back away from the equation of our children’s lives so that they can create their own practices?

Oh, and it turns out that if you “forget” to buy lox and thinly slice the tomatoes, your husband will grab a bagel before the ride home.