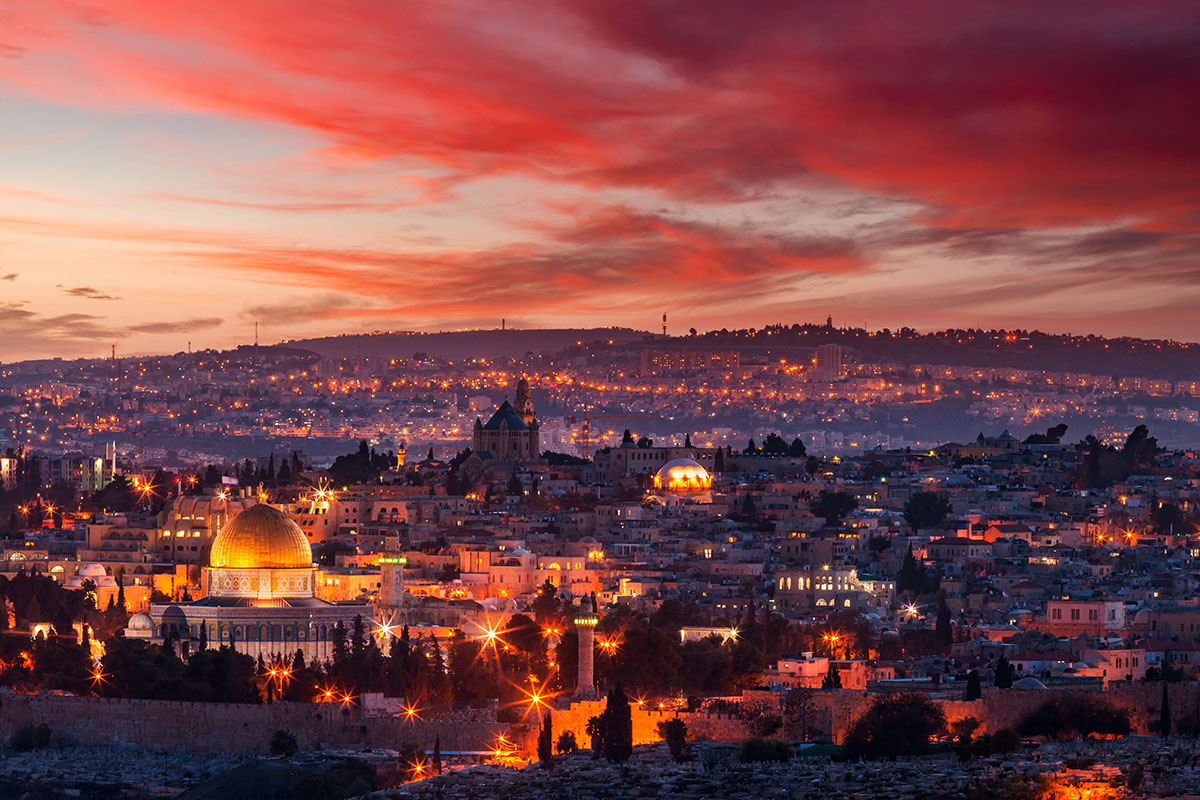 “We’re going to ISRAEL!!” my daughter shouts out in her exuberant, 100-decibel voice to anyone who asks what camp she is going to this summer.

“We hope,” I always add — not pessimistically, but realistically. Because, the truth is, I do not know if the country will let us in. As of July 1, Israel is open to vaccinated tourists but a new Covid-19 decree says one has to get an Israeli passport for children who want to travel there with their Israeli parents.

We haven’t seen my mother-in-law in almost two years. That is a big deal for my Israeli husband, but it’s an even bigger deal for our daughter, who, over the course of that time, has gone from age 4 to 6: essentially, from a preschooler to a person. She’s transformed from a wild, rambunctious bundle of impulses to a missing-toothed, bike-riding, nearly-reading person with a semi-functional cerebral cortex. I don’t want her grandmother to miss out on any more essential years.

Like many Israeli-American families — all expats living abroad, actually — the pandemic greatly exacerbated a distance that once seemed doable. In the past, my mother-in-law would come for a long visit once a year — usually in the summer to get out of the brutal Tel Aviv heat, or possibly for the Jewish holidays (Passover or Sukkot) — and we would fly there whenever we could afford to. In fact, we were supposed to visit last summer, but, to paraphrase an old Yiddish phrase: Man plans, God creates a pandemic.

This past winter, as the vaccine was on the horizon — after I helped procure it for our older, eligible parents, then for ourselves, and then strangers reaching out for help — I began to envision our family spending the summer in Israel. Our daughter simply had to see her Savta, my mother-in-law, plus all her siblings and their grandkids. (Her Saba, my father-in-law, lives in the U.S.)

But, it quickly became clear that making this trip wasn’t going to be easy. That’s because the country, which boasts a 80% vaccination rate for its adult citizens, is trying to keep itself safe from Covid-19 variants and is only open to Israelis. My husband is Israeli by birth and I am by nationalization (I moved to Israel after college in my 20s, and back to the U.S. my 30s, long before I met my husband).

But what about our daughter, who was born in New York? Is she considered Israeli? Is she able to travel to Israel this summer? Unfortunately, getting clarity on this depends entirely on whom you ask.

According to Israel’s law of citizenship, any child born to Israelis is Israeli. However, up until this year, that law was up for interpretation — it really depended on the government, or the particular border agent one met at the gate. (Some would say, “You must get a passport for your child next time,” while others would require teenagers to get an army exemption in order to enter and exit.) Many Israelis living abroad viewed the citizenship law as an option to nationalize their children, rather than a requirement.

Until now, that is. As of May, if you want your child to accompany you on a visit to Israel, you must naturalize your child. Or at least promise to get your child an Israeli passport within 60 days of their return.

Unlike some Israelis — who want their children to be able to make their own decisions about naturalization when they’re older — I have no problem with this. In principle, at least. In practice, it’s an issue, leaving Israelis all around the world hoping to head to the homeland scrambling.

This is mostly thanks to typical Israeli bureaucracy: a plethora of paperwork without the support system to handle it. In order to get an Israeli passport, you have to not only provide a notarized birth certificate and a hospital release form, you must also prove your child is birthed from her mother’s loins (something incredibly hard for adopted and kids born to surrogates to do). Oh, you have to file the paperwork to the consulate three weeks before your flight to Israel, and then wait on pins and needles in hopes of getting approval for said flight.

Despite all these barriers, I’d bought the plane tickets last month, hoping they’d change the requirements by the summer. But now, I’m afraid of getting to the airport and not being allowed to get on the plane.

That’s what’s happened to some of the 3,000 members of a Facebook group I belong to, , consisting of people who are trying to travel to Israel. There, people ask questions about procuring documents, about non-Israeli and non-Jewish spouses, or ex-spouses who won’t give kids permission to get Israeli passports, as well as people trying to influence the government to change the policy — except that, during this time of upheaval, there is not really a government in place this week/month/year.

“The only way to get through is with proteksia,” one woman wrote, referring to the uniquely Israeli word that means “having connections.”

Wait, I thought to myself as I read those words. I have connections, don’t I? After all, I’m a journalist, and I’ve lived and worked in the Jewish media in Israel, Los Angeles, and New York. I should be able to get someone to answer my calls, right?

No dice. My connections at the Israeli consulate in Los Angeles would not deem to call the New York consulate. My high school friend who worked in the media department of the New York consulate had no connection to the consular services. A colleague, who had told me she could connect me to her babysitter who worked at the consulate, now could not. “Everyone wants me to help them!” her babysitter told her. “Everyone knows someone who knows someone. That’s the problem.”

I was becoming increasingly desperate. With our flight to Israel now three weeks away, I posted on Facebook. “Need help with the Consulate!” I wrote in one of those highlighted, attention-grabby posts. Within minutes, I could see the wheels in my incredibly kind and engaged friendship circle start to turn.

Another friend from high school, who now lives in Chicago, reached out to bigwigs at UJA who might have influence. (Was that because the week before, when she’d needed help with a friend’s kid in New York, I had offered to help her out?) I also received a DM from a colleague — someone whom I helped secure a vaccination slot when appointments were scarce. “I know a rabbi…” she began. That rabbi knew someone at the consulate and said I could use his name.

Using the rabbi’s name, I emailed the consulate. Lo and behold, they told me to come in within two weeks before my flight.

In this day and age of people rightly questioning their privilege, I feel a bit uneasy about working these personal connections. But, then again, Israel is a country of personal connections — as any Israeli will tell you, proteksia is simply how things get done.  What’s more, I have no idea if this will work out, if we will get on that plane, or if the pandemic will still keep our family (along with countless others) apart. For now, I’m trying to maintain a positive attitude, silently repeating to myself Theodor Herzl’s famous phrase: “If you will it, it is no dream.”