In Praise of a Super-Small, Low-Key Seder 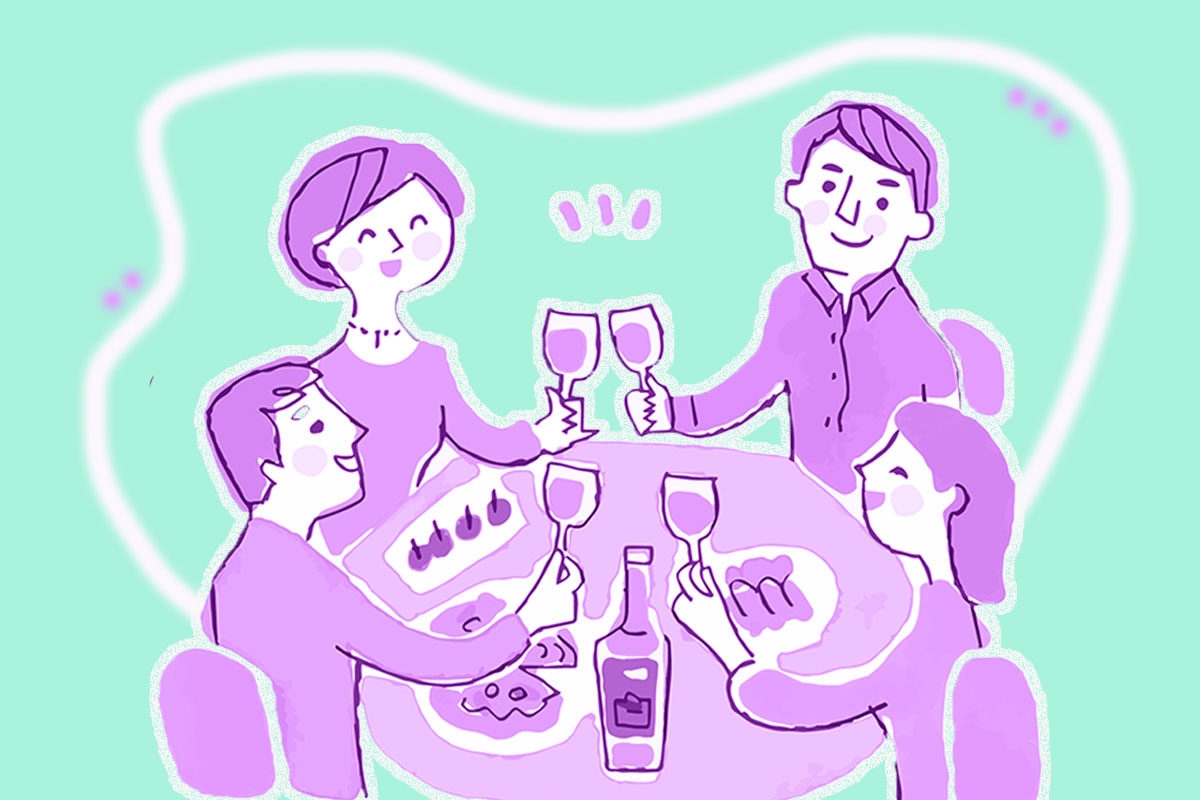 Every year, while unpacking Passover boxes, I come across something I wasn’t expecting to find. Last year, it was a Lenox Elijah’s Cup, a wedding gift that I happily rediscovered after misplacing it during our last move. Other years, it’s been everything from the Miriam and Moses finger puppets my daughter made in preschool to an unopened package of potato starch that got tossed in with the extra haggadot. These found-again items always seem to turn up when they are needed or wanted most, bringing with them a smile, distraction, or dose of comic relief.

This year as I, like so many others, wrestled with the idea of how to have a Passover seder during the coronavirus pandemic, I didn’t expect to discover any hidden treasures that would elicit joy. And I certainly didn’t anticipate unearthing anything that would offer much-needed clarity on how to celebrate the holiday as we self-quarantine and practice social distancing. But I was wrong. The Passover treasure I needed most this year was not on a high-up shelf or at the bottom of an oversized Rubbermaid tub. Instead, it was a seder memory that I had tucked away — one that took place 18 years ago in my living room, that I never imagined I’d find relevant again.

Back in 2002, while people in other Jewish homes were probably placing parsley sprigs on porcelain seder plates and setting tables with grandma’s embroidered linens, I was sprawled out on my couch attempting to balance a haggadah on my pregnant belly. As I adjusted the cushions to support my back, my husband ladled pre-made matzah ball soup into paper bowls. I am pretty sure we only had an egg, some romaine, and possibly a bottle of horseradish at the ready for our makeshift seder plate. It wasn’t the celebration we had planned. It wasn’t even the week we had planned.

The night before the first seder, when typically I would have been unpacking the last Passover dishes and doing a things-we-forgot grocery run, I was in the hospital hooked up to an IV and fetal monitor. At 24 weeks pregnant, I had picked up a violent bug that left me dehydrated and contracting. It was a long and frightening day-into-night, but by early morning I had stabilized and was released. We turned on to our street just as the sun came up. And something about the appearance of the morning light reminded us that it wasn’t just any other day, it was almost Passover.

At first, it seemed like an early bedtime and yogurt for dinner seemed like the direction we were choosing, but we didn’t stay on that path for long. Not having a seder felt wrong. Not in a guilt-ridden sort of way but in a feels-bad kind of way. Neither my husband nor I had ever had a spring without Passover seders. Missing the seder as we were getting ready to bring our first child into the world felt horrible, like a loss we weren’t expecting.

So, as morning turned to afternoon, we began brainstorming low-stress ways to have something that resembled a seder that wouldn’t require us to go back out and could be thrown together before sundown. We weighed the options and called around to see when the kosher markets closed. We even floated the idea of watching The Ten Commandments to mark the night, but its three-hour-and-40-minute running time ruled it out.

Where we ultimately landed was on the couch. We held a very simple seder for two. We sang a little, ate a little, and read about the journey from slavery to freedom a little. I nodded off from time to time. It was the smallest, simplest seder I have ever been to and it also was one of the most special ones I have ever attended.

I don’t recall most of the details about that quiet seder — that’s unusual for me, someone who prides herself on a good memory. What I do remember clearly is the feeling I had that night: reciting familiar words about a familiar story felt like a soothing compress. It didn’t erase the worry about my pregnancy, and it didn’t make the severity of the situation magically disappear, but what it did was made us feel wrapped in something familiar. Something strong in its gentleness. Something structured and controlled.

It is that feeling — and not the details — that I hold with me this year as I, along with Jews across the world, get ready to have their own versions of the small quiet seder. It will not look or feel like seders most of us have had or wanted. But this year’s lost-but-now-found Passover treasure is a reminder that the unavoidably low-key nature of this year’s Passover won’t matter as much as we think it does. It won’t matter if our family of four — including the son I was pregnant with 18 Passovers ago — is singing “Chad Gadya” with a digital delay with our friends miles away, or if the stores are out of the Joyva Marshmallow Chocolate Covered Twists that we always freeze and serve with dessert. What will matter is that we continue the tradition, and that the tradition itself continues to comfort. And that is something worth packing up and taking out year after year.