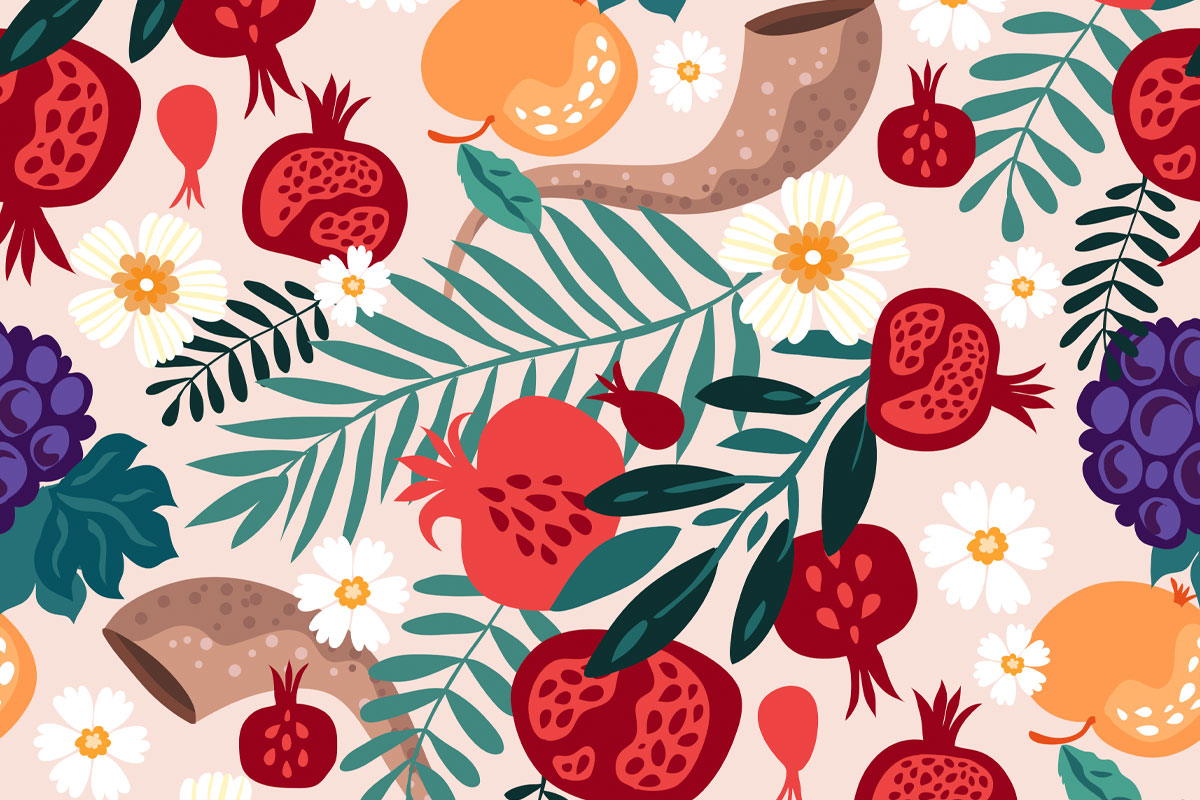 Rosh Hashanah is a big deal. It is the solemn start to a very solemn 10 days, culminating in a really, really solemn day, which culminates in joy and eating. There are traditions and family gatherings. Festive meals with special dishes. Greetings and cards exchanged. We promise to be different, better, less of one thing, more of another. We prepare to confess our wrongs. It is definitely a Holiday.

But here is my confession: As a convert, I haven’t always felt the holiday vibe. I understand Rosh Hashanah’s importance, of course, and have always taken it seriously. I am moved by the services, and occasionally even act better for a day or so. I get it — but, for many years, it didn’t feel like a Holiday with a capital H.

I attribute this not to being a convert per se, but rather to the vestiges of growing up with the big C. Not Christ, not the Church — but Christmas. In the U.S., you’d have to be comatose not to realize by Thanksgiving that Something Big was happening. If you couldn’t figure it out from the nonstop Christmas carols, the Santas on every corner, the Christmas appeals for charity, the ads, and more ads and even more ads — well, then you’re living under a rock.

School breaks are arranged around Christmas. It’s right up there with Thanksgiving and New Years. It’s big. Heck, according to Fox News, it’s big enough to have a war waged against it. And wars aren’t waged against just any holiday.

Plus, you get the whole day off. I took that for granted until trying to celebrate a major holiday while dealing with traffic, work emails that you’re ignoring but know are there, and putting the garbage out because it’s still garbage day for everyone else.

Rosh Hashanah, at least here in the U.S., is different. Thousands of ads urging the mass consumption of goods to show one’s commitment to repentance? Nope. National holiday? Nope. There are no Happy New Year shofars sold on street corners, no holiday melodies piped through into elevators, grocery stores and airports. Rosh Hashanah is no less solemn and no less important to Judaism — but without all the stuff that I was used to around a Big Holiday, there were years when it didn’t feel like the kind of holiday I could relate to.

A few years ago, I realized that I still carry the marks of Christian privilege with me: that a holiday is only as important as the attention that society as a whole gives it. Growing up Christian in a Christian society impressed upon me that all the “stuff” is important, and is what makes a holiday. Even Easter, for which there is no legal holiday (though, of course, it does fall on a Sunday), is still elevated in this country. The Easter Bunny with the accompanying candies and treats are pushed, and pushed hard. Even though I rejected the philosophies behind these holidays long before I converted, and even though the crass commercialization was (and is) obnoxious and trivializes the real importance of these days (the birth and death of Christ), they clearly left a deep and lasting impression.

As I’ve begun to create my own traditions, Rosh Hashanah has slowly taken on the holiday vibe. The many “Shana Tova” wishes given and received, the first singing of “Avinu Malkenu,” the blowing of the shofar, the beginning of the process of teshuvah. And Tashlich, I love Tashlich — the physical act of tossing away sins surrounded by friends and family is a powerful ritual.  All of this has become mine.

I accept now, wholeheartedly, that Rosh Hashanah will never be like the Big C. There is something wonderful about taking a break no matter where it falls, no matter what is going on at work, no matter what is happening in the world. It feels great to choose to mark this day and keep it: A day for reflection and family, a time for remembrance, an opportunity to pause for just a moment. Maybe, just maybe, the Big R is enough and, really, far more than I should ever need in a holiday.