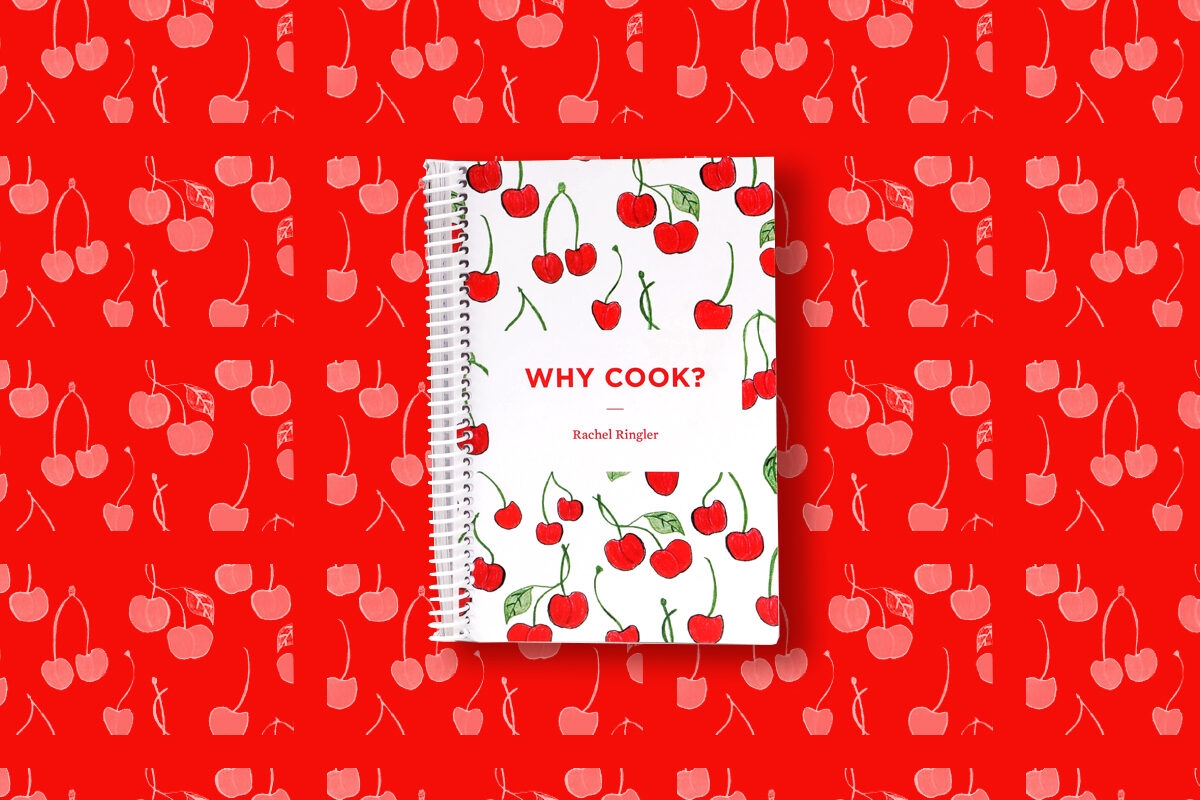 About 10 years ago, my first-born child, Alana, asked me to write a family cookbook. She loved my food but she was living abroad. Eating my meat sauce made her feel warm and cozy, and she wanted to learn to prepare it herself.

At the time, I laughed. What was she thinking? I buy cookbooks; I don’t write them. But she implored, and eventually, I relented. I thought I would do a small compilation of my most beloved dishes for her and her brother and sister. I began to gather recipes — some from me, some from my friends, some from people I assumed were my friends (Ina Garten counts as my friend, right?). These were dishes we had all come to love, as a family, over the years: my mother’s cole slaw, the aforementioned meat sauce, Melissa Clark’s red lentil soup.

I spent three years writing, compiling, and editing the book. At the time, I didn’t know that soon after its publication, in 2015, my son would be married and living across the country, or that Alana would decide to build her life on another continent. I certainly had no idea that there eventually would be a pandemic, keeping us all apart indefinitely. All I knew while in my writing bubble was that my children were growing up, they were finishing college and moving out, and they needed to feed themselves.

When I started the project, I would not have described myself as a writer or a cook. I was a mother to three, a wife to one, and I made dinner most nights, and most meals were good. Much of my weeknight food was fairly simple: lots of one-dish meals like pasta with pesto, peas and tuna; Silver Palate’s Salade Nicoise; chicken schnitzel with boxed Near East rice pilaf and chopped salad.

As the book slowly came together, I realized there was more in me than a laundry list of dishes. Over time, I had developed a philosophy of the role of food, especially homemade food, in our lives: My food had to taste good and be good for you. It should look beautiful. Sometimes meals were a way of sharing our culinary history. And, certainly, sharing meals around a table together was like a warm, familial embrace.

I began to weave some of my life advice into the book, too. Your kid is ornery and there is no reasoning with him? Give him a milkshake, then a nap, and then talk things through. Hunger and fatigue are not reason’s bedfellows. I wrote about that.

As I worked, the scope of the project grew and grew. My younger daughter, a photographer, came on board to document dishes and meals: braided challahs; my dining room table, adorned with flowers and wine glasses and silver; the side board covered with the food I made for a holiday meals, like Chicken Marbella for Passover, salmon ceviche at the start of a Shabbat meal, and crunchy potato latkes for Hanukkah.

And what are family meals without images of the people who enjoyed it? Family photos, through the generations, were added to the book. My husband, Yossi, and me with our children on a visit to Washington, D.C. in honor of his birthday. My two sisters and their families, celebrating Rosh Hashanah in our home. My in-laws with baby Alana. My grandmother, Sarah, source of my gefilte fish recipe, with an infant me on her lap. My parents’ wedding photo, taken in 1944. The entire family — including the great-grandparents my kids never met — all gathered inside the book’s covers.

By the time I completed the cookbook, it was far more than a collection of 93 recipes. The book included the epitaph on my grandfather’s tombstone, written by the Bluzhever rebbe, that described Menashe Ringler’s life and legacy. The song lyrics my sisters, husband, and I wrote for my father’s 70th birthday, sung to the tune of “Davey Crockett.” I even created original artwork — a drawing of red cherries became the book’s cover, and I drew illustrations for the chapter dividers.

In the end, I decided to print 125 copies of the book — enough for me, my children, my nieces and nephews and those friends whose recipes were part of the collection. I hoped that family members, yet unborn, would get copies, too. When books came back from the printer, I distributed them, and I held my breath. Would people laugh at it? Love it? Use it? Hide it? Lose it?

I needn’t have worried. Soon after sending out the books, the calls came in from my children. From my son in California: “Hey mom, thinking of you so I made the curried chicken today.” My daughter in Israel: “Which flour should I buy in Tel Aviv that would work with the challah recipe?” And there were photos, too, sent from all three of my children, documenting their culinary triumphs. Competition set in: Who knows the page number of each recipe by heart?

Over the years, the cookbook became a full-fledged member of the family. Since it was published we’ve gained a son-in-law and a grandson. My daughter, the photographer, put the book online so that we could all reference it while shopping for ingredients. Owners of the cookbook could not only read the online version, they could pass on the link to whomever they choose. My guess is that more than 100 people now have virtual access to it.

And then coronavirus hit. We could no longer gather as a family, but we still needed to eat, right?

That’s when the true beauty of our family cookbook revealed itself — it was a way to unite us, despite our being kept apart by oceans and coronavirus. My husband and I left the crowds of Manhattan, cookbook in tow. My son, Sam, and daughter-in-law, Caroline — who for professional reasons, remained in the city — just made the macaroni and cheese from my cookbook last week, as they recently told me by phone.

I would have loved to have prepared and enjoyed that meal with them, in person. But knowing that they used my cookbook made me feel like I did, perhaps, do all that, if just a little bit? My first cousin in Australia, Rhonda, told me that when things open up again in Sydney, she is planning a “Rachel night” – an entire meal of dishes from my cookbook for her husband and our mutual friends. My nephew Josh’s friends, all in their 40s, also have copies of my book. They refer to me as “Aunt Rachel” and report back to him when they make one of my recipes, which gives Josh additional motivation to contact me.

Especially in these uncertain times, I’m so grateful I had invested so much time into this not-so-little cookbook project. It feeds us with family lore, familiarity, warm memories — and some seriously good recipes for salmon and carrot cake. Though it may be a while yet until my family can reunite face-to-face, this simple book has played a major role in keeping us together.

This was the fish dish I made most often when the children were growing up. It is delicious, easy to make, and special enough to serve to guests. Yields six servings.

1. Preheat oven to 400° F.
2. Combine marinade ingredients in a small bowl. Place fish skin-down in a glass dish and cover with marinade. Refrigerate for 30 minutes.
3. Roast fish for 20 minutes or until cooked through.