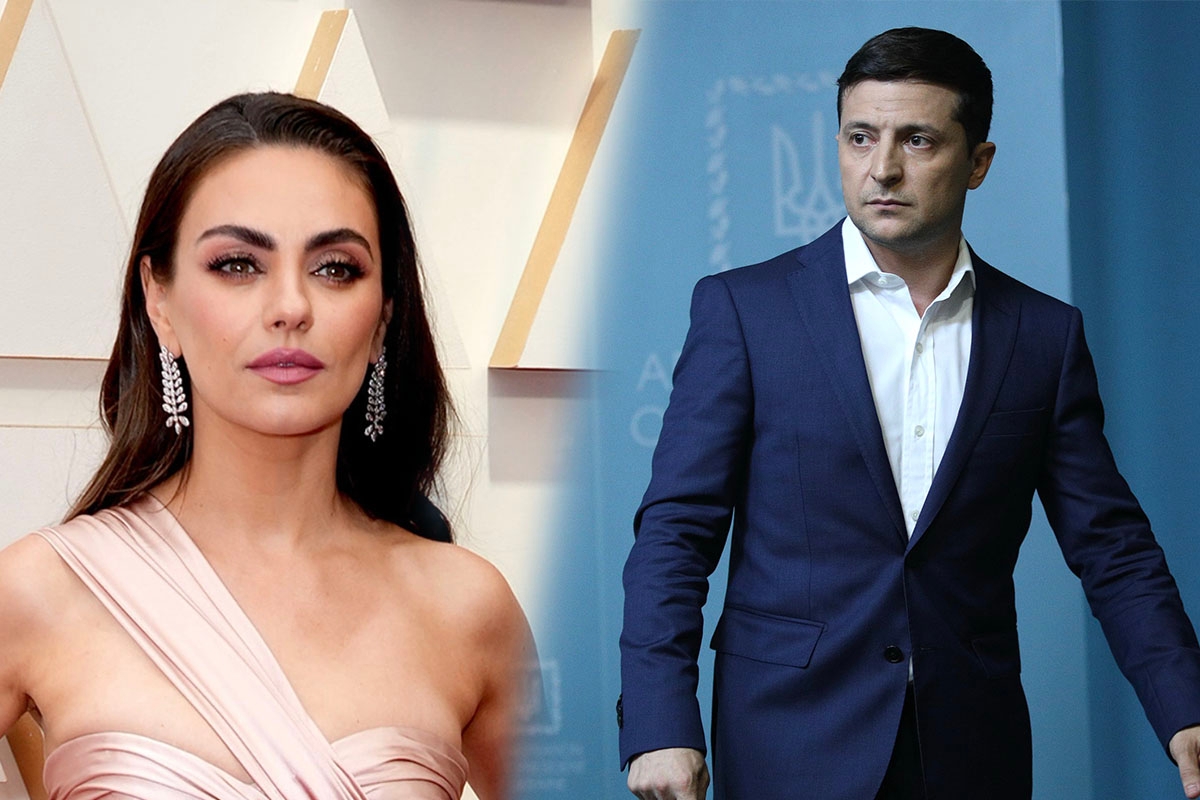 Mila Kunis was just announced as one of People Magazine’s People of the Year — and it’s a well-deserved title.

The Jewish actress, who was born in Chernivtsi in what was then the Soviet Union and is now Ukraine, and who came to this country as a religious refugee, raised over $37 million for Ukrainian relief efforts this year alongside husband Ashton Kutcher through a GoFundMe campaign.

She even got a personal call from Ukrainian President Zelensky, who thanked her for this incredible feat.

In an interview with People, Kunis revealed that she and the Ukrainian leader actually go way, way back.

Kunis revealed that about eight years ago, when Volodymyr Zelensky was an actor and comedian, the two had their very own “meetcute.”

“There was a show that being shopped around in LA translated into ‘The Accidental President’ out of Russia,” Kunis recounted. The show is, of course, “Servant of the People,” the Ukrainian satire show produced by Zelensky’s production company which stars the Jewish father of two as a schoolteacher who accidentally becomes, yes, the president of Ukraine. (Fun fact: Zelenky’s political party is also called Servant of the People — and the show is available to stream on Netflix.)

“I had a deal with ABC at the time,” Kunis said, and shared that she desperately tried to get the show to ABC. But unfortunately, she and the network got outbid.

“But in the process of trying to buy this show,” she said, “I was talking to this guy named Zelensky, who was an actor on this show, and I was like, ‘cool guy, this is an awesome show, sorry we didn’t win your bid, bye.'”

Cut to four years later: Kunis was reading the news that “Ukraine has a new Jewish young actor president, and I was like, ‘Ukraine voted in a Jew?!’ — ‘mazel tov!'”

Kunis kept looking at the name and thinking to herself, “huh, that name sounds so familiar.” So she searched her e-mail inbox for it and discovered that it was the very same Zelensky she’d previously corresponded with — “I was like, ‘I know him!!!’ This is so awesome, good for him. I [didn’t] really know him but I felt like I knew him.”

Kunis did end up meeting with the president in 2019, when she attended the Yes Conference in Ukraine. She said she wasn’t going to reach out to Zelensky about her visit, but that he reached out to her and wanted to finally meet. She and Ashton wound up having dinner with Zelensky and his wife — “that was the beginning of our friendship,” she said.

In the interview, she also talked about how difficult it was for her to take her philanthropic work public — “I’ve always [believed that] if you talk about then you’re not actually doing anything.” But she said that in the case of her fundraising for Ukraine, “there was no way of me getting this done without talking about it” (Kunis even drew attention to the plight of the Ukranian people at this year’s Oscars). She added that having to ask people for money definitely brought her out of her comfort zone.

Kunis also talked about the fact that her two kids Wyatt, 8 and Dimitri, 5, have grown up eating her mother’s food and hearing her speak Russian with her parents. Kunis has only recently started to talk to them about the fact that they are half Ukranian. She says that they both “have naturally found pride” in that identity.

“The truth is I’m very American,” she added. “That said, I’ve never been more proud to be from Ukraine. I’m so honored my kids can carry on that heritage.”

“When you’re little, all you want to do is assimilate,” Kunis said. “As horrible as so many things are in the world today, the ‘You’re different, and that’s a cool thing’ sense of identity is new. I’m grateful for that.”