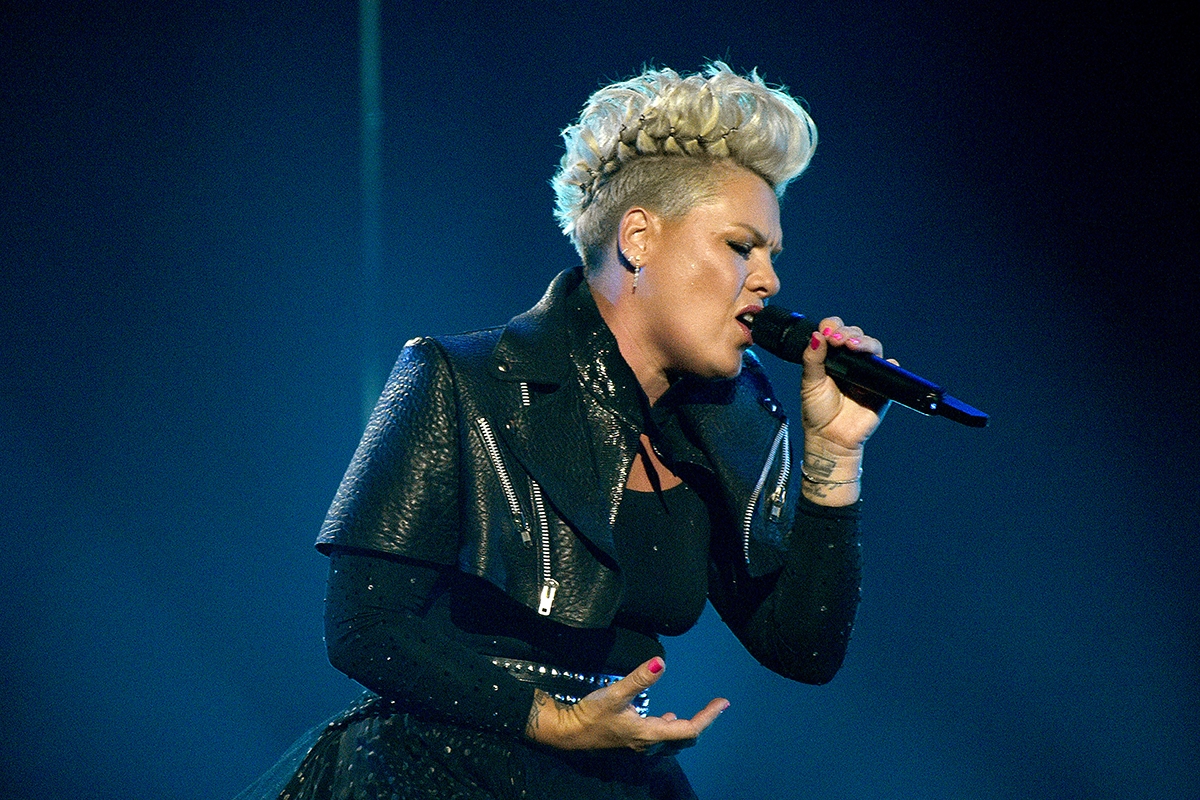 From the moment she came (up) on the music scene, Jewish singer Pink has been known as a fierce and unique voice — and now the Jewish mom of two is using that voice to channel her rage against the state of the country.

After the Supreme Court’s decision on Dobbs v. Jackson on June 24, effectively overturning Roe v. Wade, the musician took to Twitter to make her view on the issue clear; telling those who “believe the government belongs in a woman’s uterus, a gay person’s business or marriage, or that racism is okay” to, “please in the name of your lord, never listen to my music again.” She also peppered in some choice expletives in the tweet, as one does.

Let’s be clear: if you believe the government belongs in a woman’s uterus, a gay persons business or marriage, or that racism is okay- THEN PLEASE IN THE NAME OF YOUR LORD NEVER FUCKING LISTEN TO MY MUSIC AGAIN. AND ALSO FUCK RIGHT OFF. We good?

The responses came in fast and sometimes furious (she has over 30 million followers on the social media platform), with many voicing their support, and yes, quite a few trying to bring her down — including people calling the Grammy award-winning singer “irrelevant,” and asking her to “shut up and sing.”

If you’re replying to my tweet whilst telling me how irrelevant I am….. hmmmmmmmmmmmm

The 42-year-old took their words to heart and followed their advice — releasing a song called “Irrelevant” to channel all of her ire. It’s hardly her first political song — the 2017 “What About Us” was designed to be a political protest song.

“You can call me irrelevant, insignificant, you will never break me down,” she sings in “Irrelevant”, which she co-wrote with Grammy Award-winning Ian Fitchuk (who worked on Kacey Musgraves’ beyond excellent “Golden Hour”).

In the song, she pays tribute to other creators who channeled the ire of their generation — turning The Who’s iconic lyrics “the kids are alright”  into “the kids are not alright,” and Cyndi Lauper’s “Girls Just Want to Have Fun” into “girls just want to have rights/so why do we have to fight.”

This week, she released a powerful video for the rallying cry — one that makes it clear exactly who and what the singer is raging against — and yes, she’s pointing a lot of fingers.

This is the first time Pink has released an overtly political music video, and it is very thrilling to see her go all out.

There are shots from the January 6th attack on the Capitol, and of the conservative members of the Supreme Court, as well as of Rudy Giuliani, former president Donald Trump, congresswoman Marjorie Taylor Greene, Tucker Carlson and Mitch McConnell, just to name a few.

The video also features shots of Hitler speeches and Nazi marches juxtaposed with Ku Klux Klan marches and the 2017 rally in Charlottesville, in which many neo-Nazis marched with tiki torches and one counter-protester, Heather Heyer, was killed.

Back when the march happened, Pink wrote on Instagram: “it’s incredible to watch neo-nazis march in 2017, while I, a Jewish woman, headline a show in Berlin where these tunnels were built by him, built curvy so he couldn’t be shot in the back.”

The singer, who was born Alicia Beth Moore, is open about her Jewish identity — her mother, Judith, is Jewish, and the two even bake challah together. Last year, she posted an incredible video of her and daughter Willow singing the Hanukkah blessings together, with husband Carey Hart and son Jameson participating in the candle lighting.

In addition to taking on neo-Nazis in the “Irrelevant” video, the mother of two also laments school shootings. As she sings about the kids not being alright, we see active shootings, shooting drills, candlelit vigils and memorials for the victims of school shootings, among them the memorial of Parkland school shooting victims, some of them with Jewish stars. The video also features a shot of children with yarmulkes running.

I think all of our nerves are collectively fried from so many years of racism, misogyny, homophobia, etc. +pandemics, mass shootings, wars and the total lunacy, hypocrisy, ignorance of the GOP-it’s all a bit much. But we will stick together. Good will prevail over evil.

Yet, it’s not all dark — Pink also celebrates activists of the past and present, showing suffragettes, abolitionists and fighters for social justice, including  Gloria Steinem, Anita Hill, and Supreme Court Justice Ruth Bader Ginsburg. The video also features marches from the present day — from pride parades, Black Lives Matters protest, marches against gun violence, and the recent protests for reproductive freedom.

Through the video, she is hoping to encourage others to use their voices — quite literally. All the proceeds of “Irrelevant” will go to When We All Vote, a national, nonpartisan voting initiative created by Michelle Obama. Their goal is to increase people’s participation in the democratic process through education and voter registration.

“As a woman with an opinion and the fearlessness to voice that opinion, it gets very tiring when the only retort is to tell me how irrelevant I am,” the singer wrote. “I am relevant because I exist, and because I am a human being. No one is irrelevant. And no one can take away my voice.”

This video is Pink drawing a line in the sand and telling her fans that this is what she believes in — and if they don’t like it, well, they don’t have to. I can’t think of a better and more relevant way for her to use that distinctive and powerful voice.