Learning to Deal With Antisemitism as a Convert 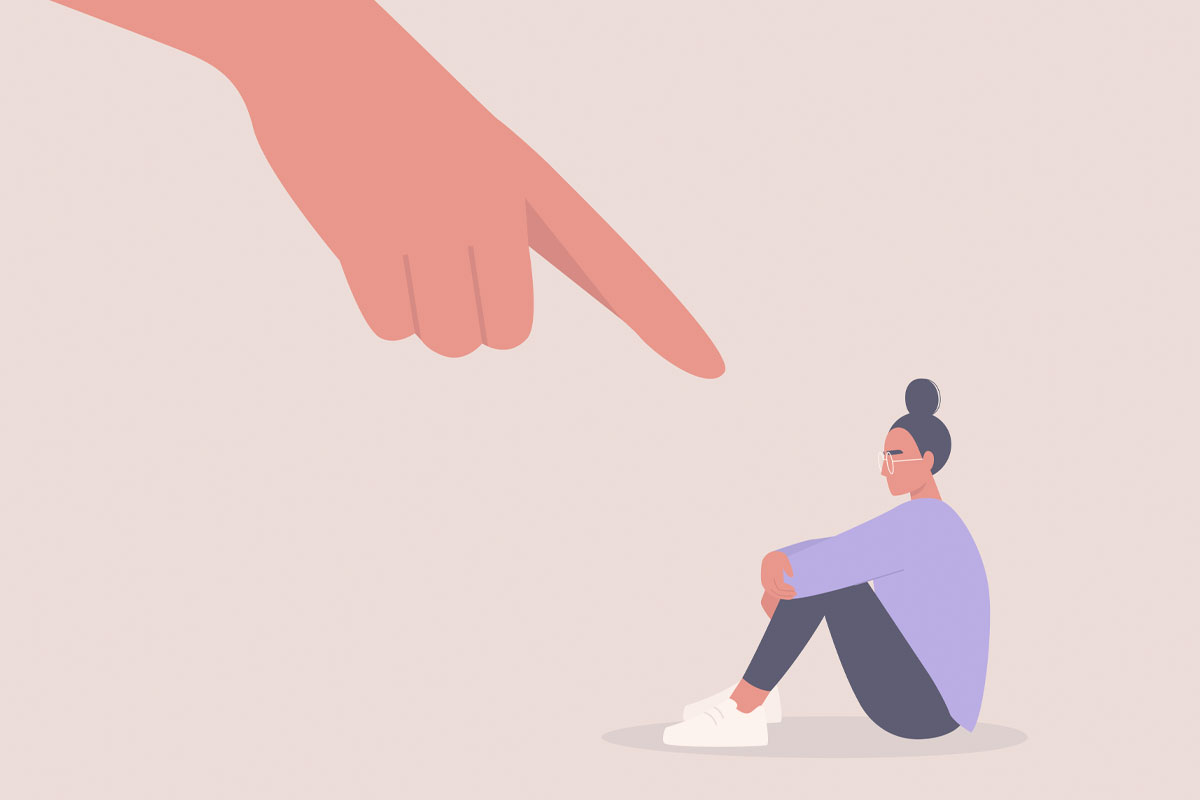 I was nearing the end of my Intro to Judaism course in preparation for conversion when my sponsoring rabbi asked a question that our Zoom-based group was reluctant to answer: “Have you experienced antisemitism?” Rabbis, cantors and historians from the Greater Pittsburgh area had taught the course over the preceding nine months, alternating topics and encouraging discussion along the way. The normally lively, engaged class was silent.

“None of you have experienced antisemitism?”

I cleared my throat. One week earlier, I’d encountered a pastor who worked for the healthcare agency for which my husband is a patient. He had completely disregarded my husband’s spiritual beliefs, as well as my own – even after I told him about the discovery of my Jewish heritage and weekly Shabbat observance. He asked if he could pray for us. My husband and I looked at each other awkwardly.

“Sure…” I sighed, as he rattled off a testimony. And then he sang a spiritual hymn. Not wanting to be rude, we complimented him on his singing abilities, which only spurred him on so that we were trapped in our own kitchen for an entire concert.

I gave the highlights of this story to my rabbi, but I wasn’t sure if it was antisemitism or the inability of a stranger to read the room.

This wasn’t the only incident I shared with her. I was sad to see an offensive anti-Jewish meme posted by a close friend on Facebook. This encouraged more discussion. Those of us who had similar experiences were, like me, baffled about how to handle them.

A few weeks later, one of my husband’s regular caregivers said to me, “I saw a plant and I thought of you.”

“It was called a Wandering Jew.”

I had no idea how to respond.

After she left, I wished I had said: “Do you know what that means? A wandering Jew was a mythical creature created to help justify antisemitism.” But at the time, I said nothing because I didn’t know if I was being overly sensitive. After all, she was just telling me about a plant she had never seen before, right?

Later,  I relayed the story to a Jewish converts group I belong to on Facebook. While there were various opinions, one commenter told me that it was an example of a microaggression – that is why it felt so icky.

Microaggression. At last, a name for the cause of my discomfort. I knew I needed to learn to deal with these incidents but I feared I was missing an essential skill set that perhaps other Jews learned early in life at Hebrew school. Converts to Judaism experience antisemitism similarly to those who were raised Jewish, but it can be shocking to see how pervasive it is until we experience it firsthand.

I also know that many of my peers who were raised in Christian denominations weren’t provided with an extensive religious education. This lack of knowledge can potentially lead to saying inconsiderate, or even offensive, things. It’s hard to find the balance between advocating for my Jewish tribe while maintaining empathy for the aggressors who are making me uncomfortable.

I told myself that I couldn’t let another microaggression occur without correction. A few weeks later, someone I know was talking about her love of bargaining and used a derogatory antisemitic phrase that I’d been lucky enough up, until that point, to have never heard before.

“I… I’m Jewish,” I stammered, incredulous.

I found my voice and asked, “Do you know how much money Jewish people donate to charity every year? It’s called tzedakah, and it’s an important Jewish value.” My response made an impression, and I have not heard that phrase since.

I thought that I had figured out how to handle microaggressions moving forward: stand up for myself and our people by speaking up! If I could educate others on  antisemitic sentiments, they could do better. Wasn’t this part of Tikkun Olam? I promised myself that I would be open to answering questions to the best of my ability, and to use this as an opportunity to practice patience and compassion.

I saw the error of my thinking several months later when I took an Uber ride with an evangelist. The driver asked me if I liked religious music. I squirmed in the backseat, expecting him to stream his playlist as I said, “I like many types of music.” He then began to sing hymns in deep baritone as I counted the avenues in a skyline trance. There I was, stuck in the car, wishing my drop-off point was closer, literally a captive audience once again.

I wanted to yell, “I’m Jewish! Can’t we just live our lives without the soundtrack?” But I sat there considering whether or not it was safe to do so. I realized that my former approach, with its focus on patience and compassion, was flawed, for it assumed that the offender was well-intentioned, albeit ignorant.

Antisemitic acts are on a spectrum, and microaggressions, while not the worst ones, still make me feel uncomfortable, unsafe and unseen. I wish I had a foolproof way to deal with them. While I’ve been able to joyously share my Jewishness with loved ones, to strangers I’ve had to tread cautiously. But the next time someone asks me if I like religious music, unless I’m talking to a cantor, I plan to say “no.”