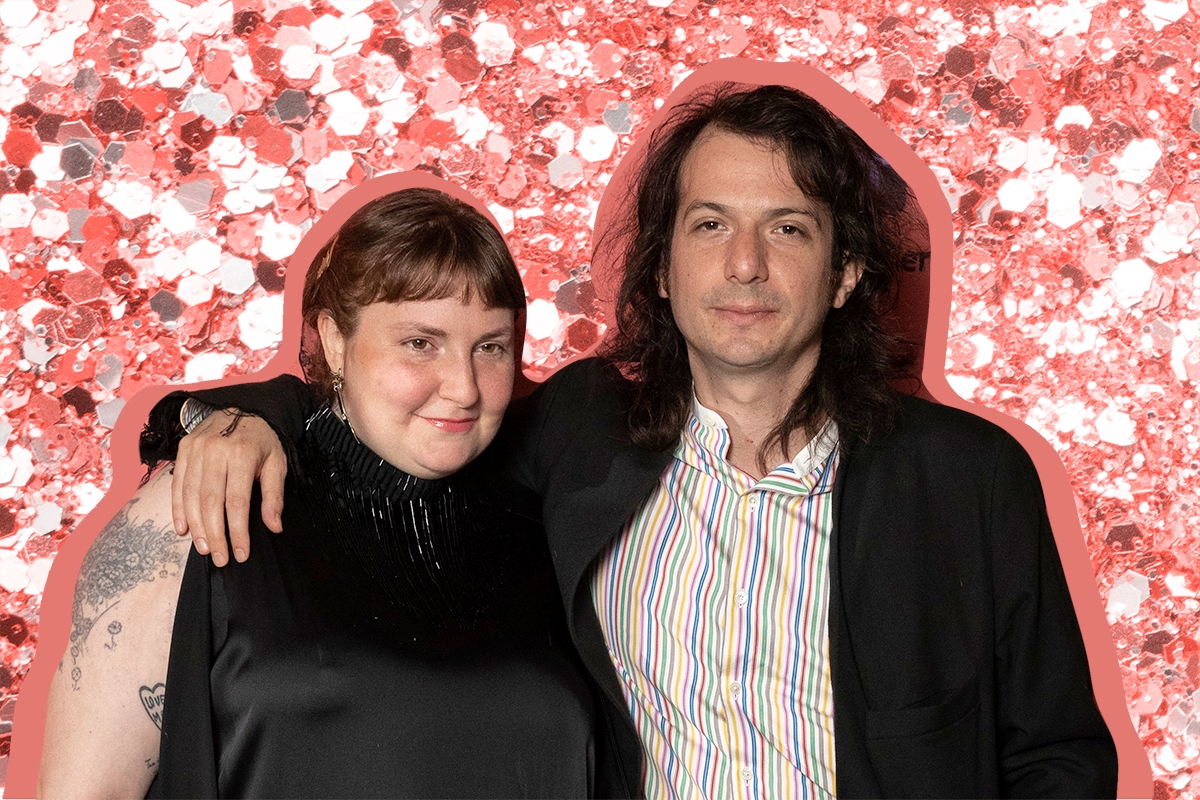 Mazel tov to writer and actor Lena Dunham! The “Girls” showrunner just married English-Peruvian musician Luis Felber, who creates music under the moniker Attawalpa, in what was, judging by its coverage, a lovely, quirky and incredibly Jewish ceremony.

Dunham, whose mother, photographer Laurie Simmons, is Jewish, and Felber, whose father is Jewish, tied the knot under the chuppah on Saturday at the Union Club in London after a month-long engagement. Dunham, 35, wore three dresses, all designed by Christopher Kane, while Ferber wore a stylin’ blue suede ensemble.

The wedding was small — about 50 guests were in attendance, and all were required to be Covid tested. Fellow revelers included the couple’s families as well as famous bridesmaids Taylor Swift and actress Tommy Dorfman.

The ceremony was officiated by Dr. Harrie Cedar, the Jewish chaplain at King’s College in London. Cedar was introduced to the couple through Donna Marcus Duke, who helped coordinate the unique, intimate event. Aside from the chuppah, the couple and Cedar incorporated several symbolic Jewish rituals to the wedding, like the bride and groom circling each other three times (a modern take on the traditional ritual in which the bride circles the groom to signify subservience) and the breaking of the glass.

“Lu did some really amazing Spanish-accented Hebrew that had the whole place in stitches,” Dunham told Vogue.

“We had the moment under the tallit, and that was my favorite thing, because we got to have this private moment in front of everyone, which was really incredible,” Dunham added.

“My grandmother died in 2016, and these Jewish traditions meant a lot to her,” Dunham said, “and to have my aunts there, and sort of be doing that around my family, was really special. And I think it brought back some memories for Lu’s dad, too, who hadn’t been to synagogue since he was a little kid.”

Dunham also wore an amulet that belonged to her great-grandmother, Regina Hyman.

The couple got engaged after Dunham’s recent stint at a hospital, where Felber was not allowed to remain with her for the entirety of her stay. He recalls telling her, “‘I just I don’t ever want you to go through that on your own again.’ And you said, ‘Oh, I want to marry you someday.’ And I said, ‘Why don’t we make that someday, soon day?’ The next day, I went for a walk with my friend Tom, and he was going on about his life, and I was like, ‘I think I proposed to Lena last night.’ And when I got home, we made it real.” What a sweet proposal!

Dunham is immunocompromised. She has Ehlers-Danlos Syndrome and has battled endometriosis; she had a hysterectomy in 2018 after 10 years of dealing with the painful condition. She recently opened up about her failed attempts at IVF, and how she gave up being a biological parent.

Felber and Dunham are currently collaborating on a film project: “Sharp Stick,” which was directed by Dunham and will be scored by Felber (and will also feature Jewish stars Jennifer Jason Leigh and Jon Bernthal). Clearly, these two love to work together; Dunham has also directed a music video for her musical spouse.

True, Dunham has been embroiled in several controversies in recent years. But we can’t help but kvell (hey, it’s in our name!) when someone gets married. We wish Dunham and her bashert a lot of happiness and health.