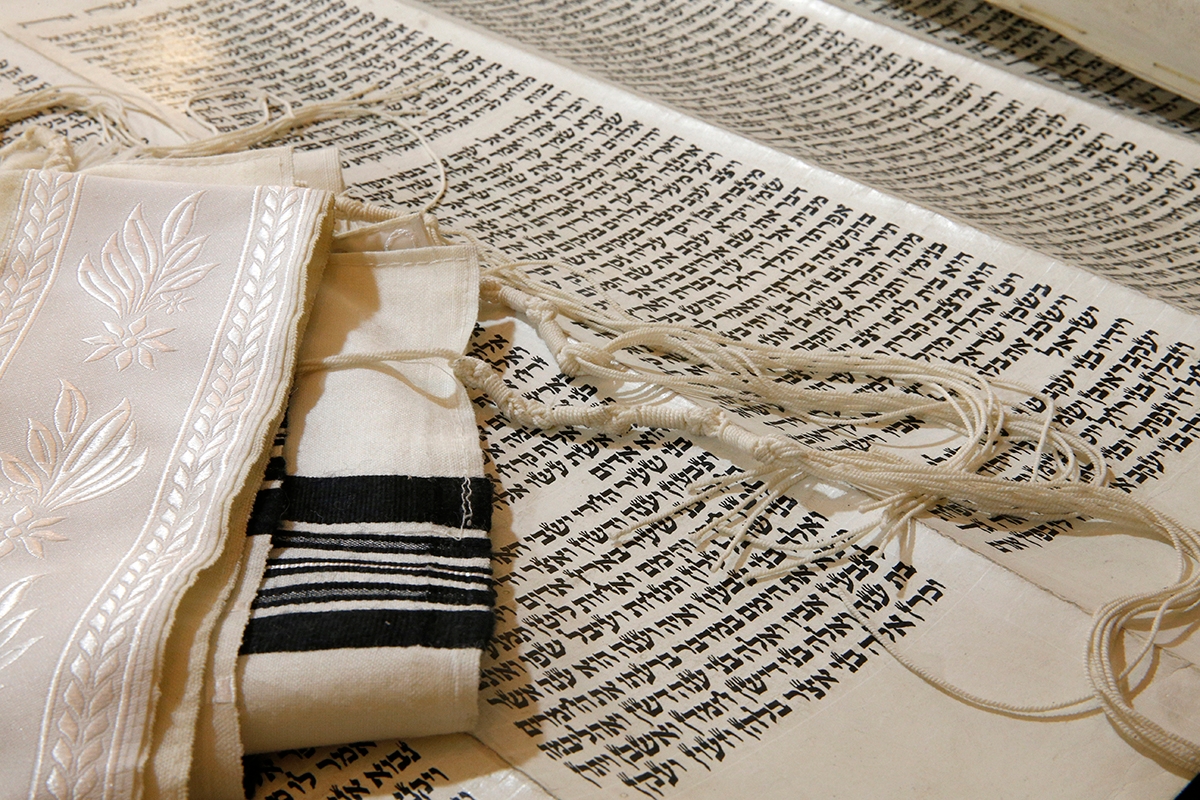 I was the smartest kid in my Hebrew school class. This isn’t a “humblebrag” — it’s the truth. I was the most well-versed in biblical stories, the strongest Hebrew reader, and I best understood Jewish laws and customs.

While my domination at all things related to Judaism was helped by a natural affinity for academics, what really pushed me to the top of the class was my upbringing. My father was raised in a modern Orthodox home and attended a yeshiva for most of his young life. He regularly went to Shabbat morning services, and my siblings, my mom and I went along with him almost every week.

We had a kosher home, kept Shabbat, and observed the Jewish holidays. For a Conservative Jewish family, our level of observance was somewhat unusual, and Hebrew school only reinforced what was already a huge part of my life.

As I made my way through my Jewish education, bar or bat mitzvah season began. For most of these kids, this meant reading at least some part of the weekly Torah portion, the full Haftorah portion, along with leading part of the prayers and giving a speech related to the theme of the Torah (or Haftorah) portion they were reading.

Being an enthusiastic student, I eagerly awaited my chance to shine on the bima. I couldn’t wait to have a bat mitzvah! I had little doubt about my ability to learn Torah and lead the congregation.

However, this was not to be. Despite belonging to a Conservative and increasingly egalitarian congregation, my father had trouble letting go of some of his Orthodox views, including the one which states only male (meaning: cis male) children could read from the Torah in front of a mixed-gendered crowd.

I don’t recall all the details — after all, this was more than 25 years ago — but the decision was made that I wouldn’t read from the Torah. Instead, on my bat mitzvah day, I sat and listened as my brother and father took turns reading from the Torah. The closest I got was standing next to my dad as he recited the blessings before he took his turn.

However, once the Torah service was finished, and the scrolls were placed safely away, I walked up to the lectern on the bima to take my moment in the spotlight. I delivered my speech about the Haftorah portion I would recite, thanked my family, and proceeded to recite the Haftorah I had worked diligently on for months.

Like any bar or bat mitzvah kid, as I recited the final blessings, I felt both elated and relieved. Looking out at my family, other congregants, synagogue leaders, and friends, I saw their pride reflecting back at me. I smiled as songs of praise echoed throughout the room and candy was tossed in my honor. I may not have read from the Torah, but I did the best I could with what I was able to do.

Being a January baby, I was one of the first of my friends to be bat mitzvahed. It wasn’t until I started going to my friends’ bat mitzvahs that I began to realize what I had missed out on. It was hard watching my close friends, donning colorful tallits embroidered with their Hebrew names — tallits that my father would have never permitted me to wear, as they are traditionally for men — go up to the bima and reading from the Torah. Although I was thrilled for them, I also felt jealous about not being able to do the same.

Still, I don’t recall ever being angry at my parents for their decision. I know for my father, my having a bat mitzvah was a huge step. He could have refused to let me do any portion of the service, let alone the Haftorah, which is still an important and challenging task to accomplish. As the son of Orthodox parents, I imagine even telling them their granddaughter would be singing in front of a mixed-gendered crowd was not an easy conversation.

In the years that followed, I witnessed many women and newly bat mitzvahed girls recite beautifully from the Torah. I saw more and more female or femme-presenting Jews wearing kippas, tallises, and putting on tefillin. Even female rabbis and cantors were becoming more common in Conservative spaces.

Equity for Jewish women — as well as for non-binary people and others who don’t fall into the cisgender male category — is becoming a reality in more religious spaces. As someone who supports equitable and egalitarian Judaism, I am thrilled by the strides made since my bat mitzvah day.

However, I haven’t personally embraced a lot of these rituals. Even though there is nobody stopping me, I still do not wear traditionally male religious garb. And now that I am a mother to two boys — one who is inching ever closer to his bar mitzvah year —  I’ve been thinking a lot about how I represent Judaism and feminism to my children.

For me, Jewish feminism means showing my children that I am proud of my faith and taking an active role in their Jewish education and growth. I am proud to serve on my synagogue’s board of education and help facilitate how our youngest members will learn and experience Judaism. I also want my boys to see that they are welcomed to share in traditionally female Jewish traditions — for example, my oldest loves to recite the blessings over the Shabbat candles with me.

Still, I wonder if he will start to notice the absence of a prayer shawl on my shoulders when he starts putting one on his. I wonder if he will be further puzzled by the number of women congregants who wear certain religious items while his mother doesn’t. And the more I think about it, the more I worry: Am I a hypocrite for outwardly supporting Jewish equity for all genders, but not adapting many of these practices myself?

The truth is, while I have always supported other women in their choice to wear a tallit, putting a prayer shawl on my shoulders never felt right for me. If my boys are curious about why, I will tell them I didn’t grow up wearing one, and while I have had many opportunities to consider wearing one, I never felt compelled to do so. Maybe my upbringing had a lasting impact on my views on Judaism, or maybe deep down, I felt like a phony for taking on a practice so different from what I am accustomed to.

My path with Judaism is my own — just as my kids’ paths are theirs. I will remind my boys that, while wearing a tallit may not feel right for me, many women do wear one, and I support their choices.

As I daydream about sitting in the pews watching my boys at their bar mitzvahs, I wonder how I will feel watching them read from the Torah. I am already so proud of all they have learned about their faith and I have no doubt they will shine. I hope these moments will be about them — and that any jealousy I might feel over not having this opportunity as a child won’t bubble to the surface. I will need to remind myself how, whether I had sons or daughters, I would want them to be able to experience and express their Judaism as fully as they desire. (Which means that, yes, if I had a daughter, I’d want her to read from the Torah if that’s what she wanted.)

Some day, I may decide to embrace all the rituals traditionally reserved for men and learn how to read from the Torah. For now, however, I am content with sitting back and watching my boys grow into kind, caring and open-minded Jews.