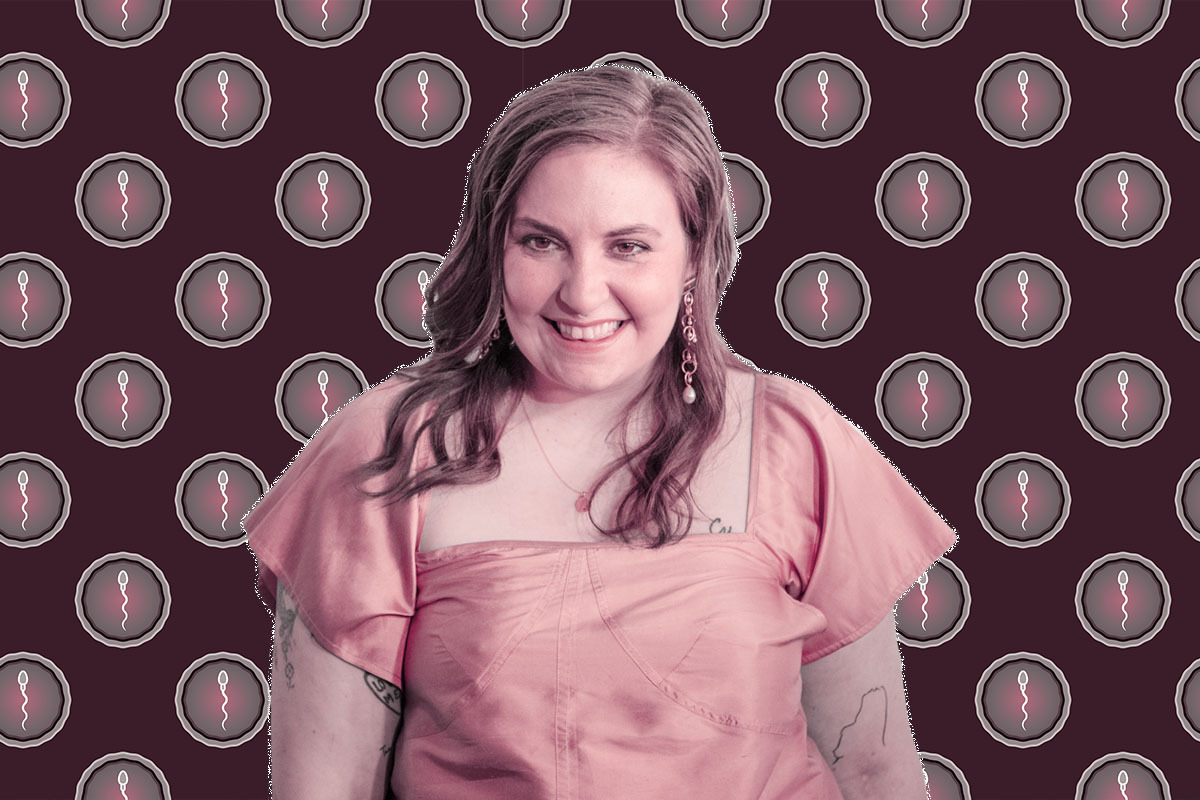 I am so, so sorry you’ve had such horrible health problems and been in so much pain. I read your 2018 essay in Vogue about your decision to have a hysterectomy at 31 after battling endometriosis for a decade. I felt truly terrible for you, knowing you would never be able to be pregnant and carry a baby, as you’d always dreamed.

I also felt terribly sad to see the title of your most recent Harper’s essay, “False Labor: Giving Up on Motherhood.” I identified so strongly with your opening line: “The moment I lost my fertility I started searching for a baby.”

I know just how that feels. For the majority of my life, I was on the fence about having children. Unlike you, I wasn’t raised in a warm and loving family. My upbringing was rocky, and I wasn’t sure I wanted to raise children in the Orthodox community in which I grew up.

It was only after I left Orthodoxy at age 35, and then met my future husband at 39, that I decided I wanted to build a family. By the time we got married and I became pregnant, I was 41. But my body kept rejecting these pregnancies — and, like you, not being able to have something only made me want it more.

Reading your powerful words, I felt hopeful for you when you wrote how a fertility doctor would retrieve eggs from your one remaining ovary. Even if you wouldn’t be able to carry a pregnancy, it would make it possible for you to have the biological child you always yearned for.

I’ve experienced nine rounds of IVF, so I know well that fresh glimmer of hope each time you hear about your eggs and their beautiful potential which might result in a baby. (That word “might” conveys so much hope! And so much uncertainty!) Like you, on my very first round of IVF, my fertility doctor retrieved six eggs. Six! I was naively buoyed by this copious number, imagining myself with the two children I’d recently decided I’d wanted, with embryos to spare. (I magnanimously imagined I would donate them to less fortunate, infertile friends.) Little did I know that of my six eggs, only three would fertilize. One embryo would result in a pregnancy that ended in miscarriage, and the other two would never even make it to a positive pregnancy test.

I also felt the same shock that you did upon entering a fertility clinic — a strange, shadowy world most people don’t really know about, where women put all their hopes on having a baby.

But that’s where your story’s narrative lost me —  and frankly, many others in the infertility community, too. You seem to make fun of the IVF waiting room, and reinforce the stereotype that it’s filled with older men and their leggings-clad, white, rich wives. Did you know that more than a third of women undergoing IVF are under 35 ? And that many do not have loads of money and have to make treatment decisions accordingly — sometimes stopping IVF or choosing a cheaper treatment, because they don’t have the ability to pay for it?

“They call themselves IVF Warriors,” you write. “On Etsy, they purchase in abundance items that claim this title, T-shirts and socks and organic cotton onesies that say ‘My mom is a warrior! Infertility met its match.’ In their photos — shared early in the morning, after perfunctory ultrasounds, and late at night, after trigger shots or missed periods, always with the hashtag #IVFwarriors, which returns hundreds of thousands of Instagram, Twitter, and Pinterest results — they appear triumphant, running marathons with their estrogen cranked up to ten times the average of an ovulating woman, flushed and flashing pearly teeth; or bereft, bloated with yet another needle in the curled fat of their bellies. They make charm bracelets from the caps of medicine bottles (I was encouraged by a nurse to save mine for “an art project or something”) and display the dozens of syringes needed for the project of making a person.”

Look, as a writer, I get it: You’re an observer of this community, reporting its mores as you see them. But as someone who went through infertility back in 2012, when there were no online support groups, no secret Facebook sororities, no Instagram or hashtags, I would have killed for a group of like-minded, supportive women to hold my hand through this mysterious, expensive, and often disappointing process.

When I got a negative pregnancy test, or had a miscarriage, or my eggs didn’t fertilize, or my embryos were chromosomally normal, the only choices I had were to wail to my already overburdened husband (who was equally devastated but not always able to articulate it), or sob to a friend who basically had no idea what I was talking about.

I feel your pain, Lena. You write so heartbreakingly about when you find out that none of your eggs made it, that you had run out of options, about how you are triggered by others’ stories of pregnancies, even a People magazine cover (the worst!).

But here’s what gets me: You could be upset at the billion-dollar fertility industry for providing false hope, or the systemic dearth of information that leaves women woefully unprepared to deal with fertility issues. But why pick on the infertile community?

“If there’s one person less welcome among the IVF Warriors than a new mother, it is a woman who has given up on becoming one,” you write. “For though these communities were created to support women trapped in the fertility-industrial complex, they hold fast to its founding commandment: never quit, because nothing is impossible. In a culture where some mothers are told that their children’s lives are worth nothing at all, other women — women who look like me and most of the IVF Warriors — are told that no expense is too great to bring another child into the world.”

What pains me and so many others who have read this essay (especially those of us who have “graduated” and try to help others going through the process) is that we have worked so hard to try and destigmatize infertility — to make it less secretive, less shameful. You have experienced firsthand how much infertility and reproductive issues make women feel broken, as if their bodies are incapable of doing the one thing biology had set aside for us. And yet, and yet.

Rebekka Rosler, an infertility therapist who actually started the “Warriors” Facebook group and subgroups, whose members number in the thousands, told me she was pleased to see celebrities calling attention to infertility. But she also said this: “We are IVF Warriors. Yes, we each struggle in our own way. And no, the communities we built are not the problem. They are there to help us, protect us, support us. I personally am very sorry she endured what she did — but she has absolutely no right to rip down the infrastructure, and those in it, who have helped so many.”

Like Rosler, I work hard to help others going through infertility — that’s why I wrote a book about it. But that’s not our only commonality: Rosler and I, like many of the women in the Warriors group, are Jewish. Not only do we suffer the pain of achingly yearning to start a family, but we are often part of a family-focused Jewish community. During normal times, so much of our Jewish life is built around baby namings, brises, bar and bat mitzvahs, and weddings — events celebrating children or the promise of them. As Jewish women, many of us rely on our communities for support, but infertile Jewish women often feel alienated and left out. Finding this new community of sisterhood — of people going through the same thing — brings much comfort.

Lena, I am so, so sorry your journey ended so abruptly and unsuccessfully. I hope you still get to be a mother, if that is what you ultimately desire. I also hope you come to a place where you can see how powerful you are, how powerful your words are, and how you can make the world a better place for a community of women who only want the best for each other, and to make infertility a little less lonely along the way.