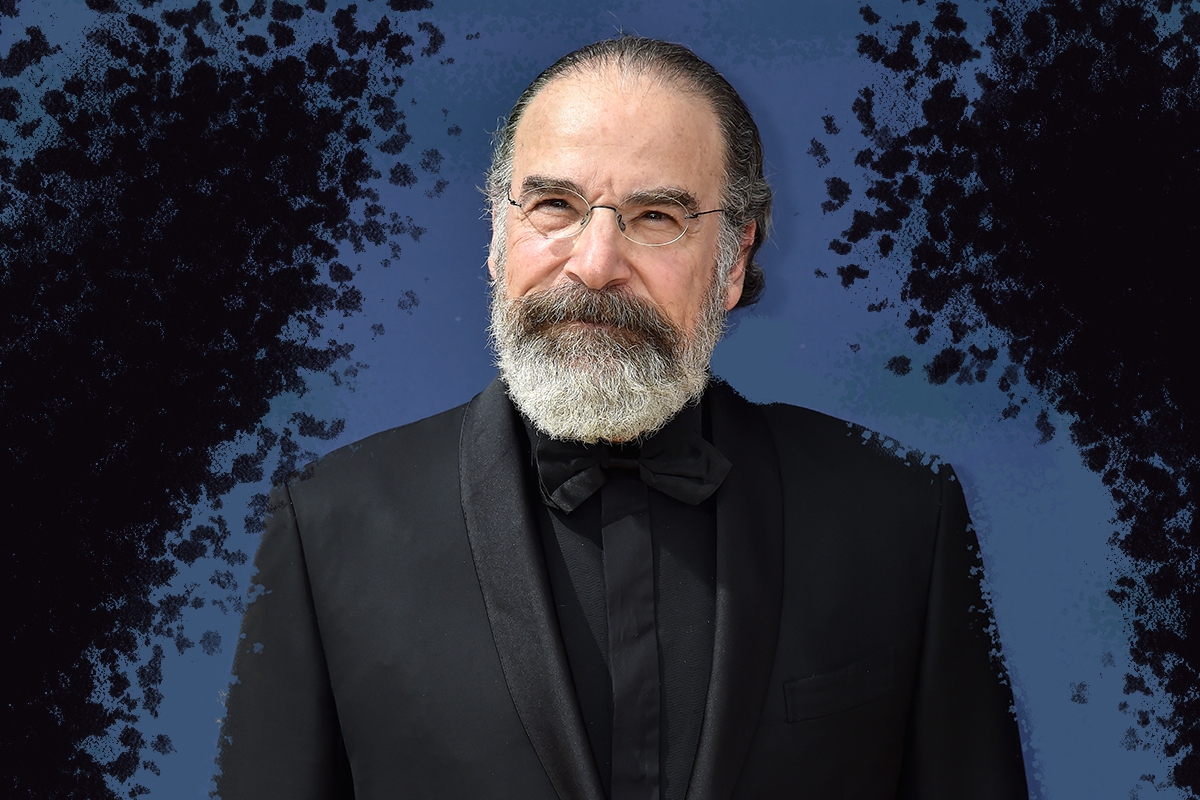 Mandy Patinkin just keeps proving that the “m” in his name stands for mensch. In a kind and deeply human video posted to the personal TikTok account he shares with his wife, Kathryn Grody (wonderfully named @mandypatinktok), as well as their Instagram account, the actor and crooner comforted a grieving fan who, like Patinkin, lost her father to cancer.

He also opened up about how he used one of his most celebrated roles — the swordsman Inigo Montoya in “The Princess Bride” — to channel his grief over the loss of his father, Lester Patinkin, who died of pancreatic cancer when the performer was just 18.

In the video that Patinkin uploaded to social media on Wednesday, he and Grody are seen emotionally watching a video posted by Amanda Webb (@Alaska_Webb) on TikTok, in which she addresses to the celebrated performer. The couple’s reaction is filmed by their youngest son, Gideon, who helps run his father’s social media accounts and also films the many delightful videos found on them. Gideon tells his parents that he found the video after the actor’s account was tagged in thousands of responses to it.

In her video, Webb talks about how she lost her dad to cancer in March. She tells her audience that “The Princess Bride” was one of their most beloved films, and that Inigo —  whose entire mission in the movie is to avenge the murder of his father, Domingo — was her dad’s favorite character. She recalls one pivotal scene in which Patinkin’s character finally meets Count Rugen (played by Christopher Guest — yep, Jamie Lee Curtis‘s spouse!) the evil man who killed his father. In hopes of escaping his demise, the six-fingered man tells Inigo that he will give him anything he wants if he spares his life.

“I want my father back, you son of a bitch,” Patinkin sharply replies in the scene, and promptly enacts his revenge.

In her video, Webb says she heard a rumor that Patinkin was thinking of his own father, who died from cancer, during that specific scene, and that “it was a very raw emotion.” She says that after learning this, the scene and movie “meant so much more than it ever did.” She also thanks Patinkin for the movie and his performance.

As Patinkin and Grody watch the clip, their eyes tear up and they’re visibly emotional. After the video wraps up, Patinkin and Grody both movingly respond to Webb. Grody, who lost both of her parents when she was young, recommends that Webb check out The Dinner Table, an organization started by the couple’s daughter-in-law (the wife of their older son, Isaac), which helps young people grappling with grief.

But Patinkin’s response is absolutely shattering. At one point, he completely chokes up, remembering his Jewish dad. He confirms that Webb was indeed right: that performance was all in honor of his father. The day they filmed the scene, he says, “I went outside in this castle, and I was talking to my dad. And I said, ‘Dad, I’m gonna get this guy.'”

He adds that he told Grody: “I’m gonna do this part because, in my mind, if I get the six-fingered guy, that means I get to kill the cancer that killed my dad, and I get to visit my dad.” He say that he often speaks to his dad, today, and recommends that Webb try that, too.

But that’s not all. “If you could somehow let me know your dad’s name because I say prayers for everyone I’ve ever known, and now I feel like I know you, and therefore I know your dad, and I will list his name in my prayers every day and they make me feel like they’re with me wherever I go and I’d like your dad to hang out with me,” Patinkin tells Webb, alluding to the mourner’s Kaddish, which he says every day, along with three other Jewish prayers that he chants to his dog Becky (yes, that’s right, in case you missed it, Mandy Patinkin prays with his dog!).

An emotional Webb later responded to Patinkin in a TikTok video, sharing her dad’s name (Daniel Francois), adding that if he knew about Patinkin’s response, “He would go, ‘Oh shit girlie, that’s really cool!'”

Patinkin has often spoken about the important role his father had in his life. Lester Patinkin was the son of Jewish immigrants from Eastern Europe, along with his wife, Doralee, he raised his two kids in a conservative Jewish household in Chicago while running the steel company that his father founded. The family attended synagogue every week, and it was there that Patinkin first started singing. When he was 20, Lester broke his neck in a diving accident, an event that physically impaired him for the rest of his life.

“If you’d say, ‘What was your father’s greatest pain?’ it’s that he couldn’t play catch with me because he couldn’t control his right hand,” Patinkin once said. “He was worried that he would throw the ball too hard and too fast and he’d hurt me.”

But Lester did manage to take his son on one memorable trip. “I had my bar mitzvah, and my dad, who I don’t think I’d ever been on a trip with in my life alone, decides to take me to New York,” Patinkin told the New Yorker. It was then that the future Tony Award-winner saw his first Broadway play. “Then he took me to Williamsburg to show me the community of the Hasidim who live in Williamsburg. Then we went to Ellis Island, where Grandpa Max came and all my ancestors landed. Now their family names are on the plaque at Ellis Island,” Patinkin recalled.

Patinkin also channeled his father in another role — that of Jewish CIA agent Saul Berenson in “Homeland.” As a profile in the New York Times recounts: “Saul’s decency, intellect, compassion and hidden demons seem to resonate with Patinkin’s memories of his father even as the characterization seems something like a wish — to create a man he never had the chance to know better.”

“He was a great man,” Patinkin recalled. “He taught himself how to walk again, to write with his left hand. My father was a hero.”

It’s clear that the chance to remember his father, coupled with the knowledge that his own connection with his father brought comfort to someone experiencing similar grief, was profoundly moving for Patinkin. At the end of his Instagram response to Webb — which is a longer, unedited version of the TikTok one — he tells the grieving daughter: “A number of gifts that I never imagined came from the gift that keeps on giving called ‘The Princess Bride,’ but you took the cake.”

@mandypatinktok@alaska_webb thank you for finding us and sharing this! ✨ Sending big love and light to you and yours. More in comments. ##grieving ##cancer ##dads♬ original sound – Mandy Patinkin and Kathryn G