Mark Cuban Helped Me Get Back to my Jewish Roots 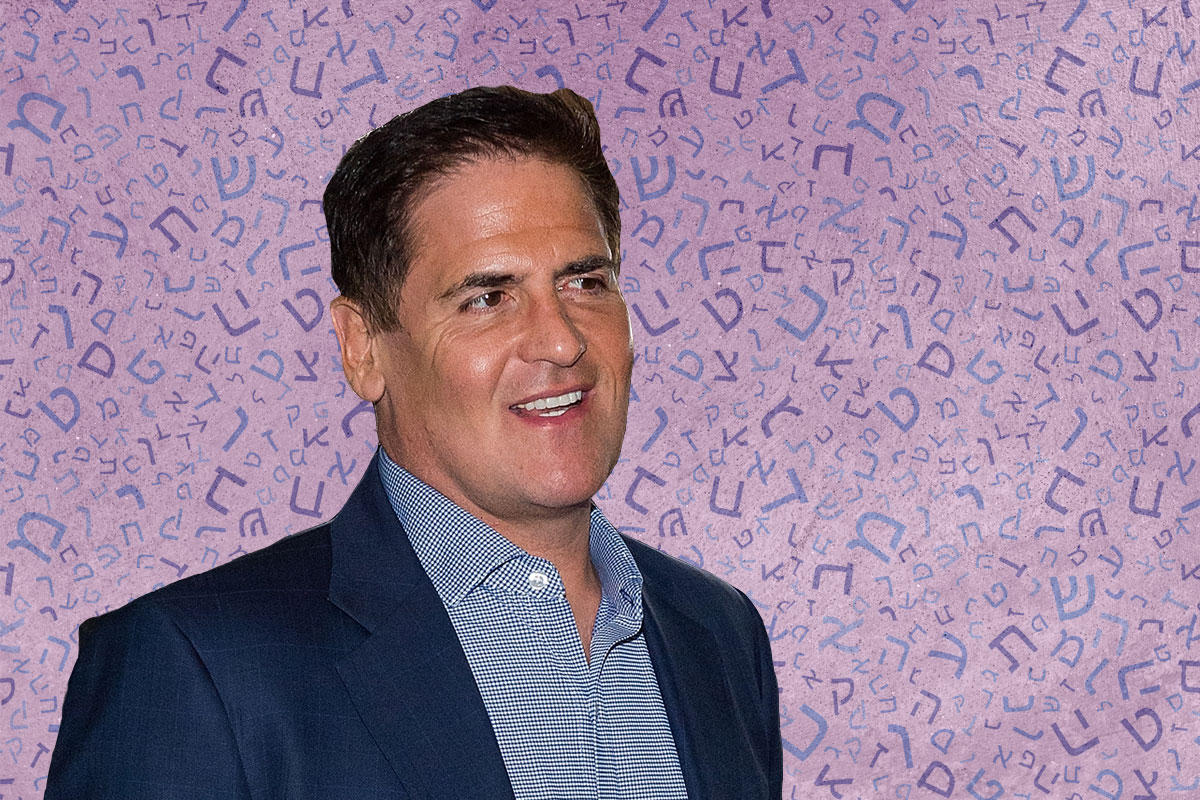 It was a small, unremarkable building. A Hebrew day school in the middle of a Jewish neighborhood in a city where there weren’t many Jewish neighborhoods. The two-story brick school house was hot in the summer and cold in the winter. The classrooms were small but the sanctuary was enormous. We spent half our day there, praying. The other half was spent seated at our well worn desks, our little hands holding down the unwieldy pages of the Old Testament, written in Biblical Hebrew. It was the textbook from which we learned everything: right from wrong, good vs evil, the importance of unwavering faith.

Friday was always the best day of the week. The smell of challah baking in the kitchen filled  the usually dull classrooms with life. But we had to wait till the end of the day, when we lit the  Shabbat candles and sang our prayers, to have any. Only then could we pass around the braided loaf, each of us tearing off as big of a piece as we could, and stuff our faces. Full of bread, grape juice and the confidence of knowing who we were and how to live our lives, we skipped out into the world.

The school was an odd choice for a family that didn’t subscribe to Orthodox Judaism. Monday  through Friday I was educated in the laws of kashrut. But at home we had our own rituals: On Friday nights we picked up pepperoni pizza and on Sundays we went out for pork ribs. We barely went to Synagogue, other than to see what everyone else was wearing on the High Holidays. But education was everything to my parents. And though this Torah-focused, Orthodox-leaning school was not in line with our family values, it was as close to a private school as they could afford.

Just as I turned 12, my dad’s business began to take off and I transferred to the really good private school on the other side of town. I never ate another Tam Tam cracker or thought  about prayer again.

Until March 2020, when Covid changed everything.

It was another day in lockdown. Which is to say it was no different than the day before or the  day after. It was 4 p.m. and I was in bed, covers over my head. The rest of my house was claimed by my adult children, their significant others and their endless Zoom meetings. Scrolling through the day’s bleak news, I came upon an interview with Mark Cuban, a nice Jewish boy from Pittsburgh who also happens to be an American billionaire entrepreneur. He was talking about the gift of time we had all been given as a result of having to isolate. Time we could use productively to learn something new, develop new ways of thinking or start a business.

Up until this point I was paralyzed with fear; Covid had brought the world to its knees, the sky was falling. But Mark Cuban’s words awakened something in me. I got out of bed and dressed for the first time in weeks. I wasted no time deciding what new skill I wanted to acquire; I signed up for Conversational Hebrew. I don’t know why this was the first thing to pop into my head — maybe it was the myriad of Israeli food bloggers I follow, my love of Israeli pop music or maybe I was just looking to reconnect to a time in my life when things were simpler.

I found a school in Tel Aviv that offered Hebrew classes over Zoom. Citizens Cafe gave me a test to measure my fluency and, despite my seven years at a Hebrew day school, they quickly concluded that I knew nothing and would be best placed in the beginner class. I bought a package that included four semesters, 40 weeks, thinking by then Covid would be over.

My days in isolation were soon jam-packed with Hebrew. The 90-minute Zoom classes met  twice a week and there were hour-long review sessions most days. The vocabulary started piling up and the grammar became increasingly difficult. But it was fun. There were 10 other people in the class, all of us confusing past and present tenses, not to mention masculine and feminine verbs. There’s nothing like a common thread of idiocy to bring a group together.

Even though we could barely speak the language we were often organized into groups and sent  to chat rooms for “small talk.” Here, with the few words we knew, we got to know one another. We talked about our families, where we lived, the things we did for fun. Occasionally Covid came up, but mostly it was kept at a distance. When we didn’t have the words, we pulled out our phones and shared photos. Immelia posted a photo of her family having Shabbat dinner on the beach outside their home in Indonesia. Daniel posted a photo of him and his girlfriend arm-in-arm on the streets of Tel Aviv. Patty held her phone up to the screen so we could all “ooh” and “ahh” over her new baby granddaughter in St Louis.

And then it was my turn to speak. I didn’t really know what to say. I was in this class because of  Mark Cuban. So I decided to lead with the one thing I am deeply passionate about: baking. After years of toiling away in the kitchen, I am still awed by the magic of flour and water. I know people refer to baking as a science but to me it’s all love. I fumbled my way through all of this in Hebrew and ended by sharing a photo of the 11-strand challah I’d recently made.

My words prompted a barrage of challah postings from all over the world. Paul in South America. Ingrid in Poland. Karen in Tel Aviv. Kathy in Miami. I was overwhelmed with love for these people in my Hebrew class. They reminded me of who I am: A Jewish girl in an imperfect world. This was immensely comforting, like coming home and unpacking. I could stay awhile. I would be OK.

I surprised myself when I signed up for conversational Hebrew classes. I had no interest in being, well, that Jewish. But the questions posed by the pandemic had become too big and complex for me; I had to find a way to see beyond the dark world I found myself living in and find joy. Learning Hebrew became the gateway to that.

Mark Cuban helped me find my way back to that unremarkable Jewish day school in the middle of a Jewish neighborhood where there weren’t many Jews because that was where I learned to pray and communicate with something bigger than myself. But first I had to learn the language.