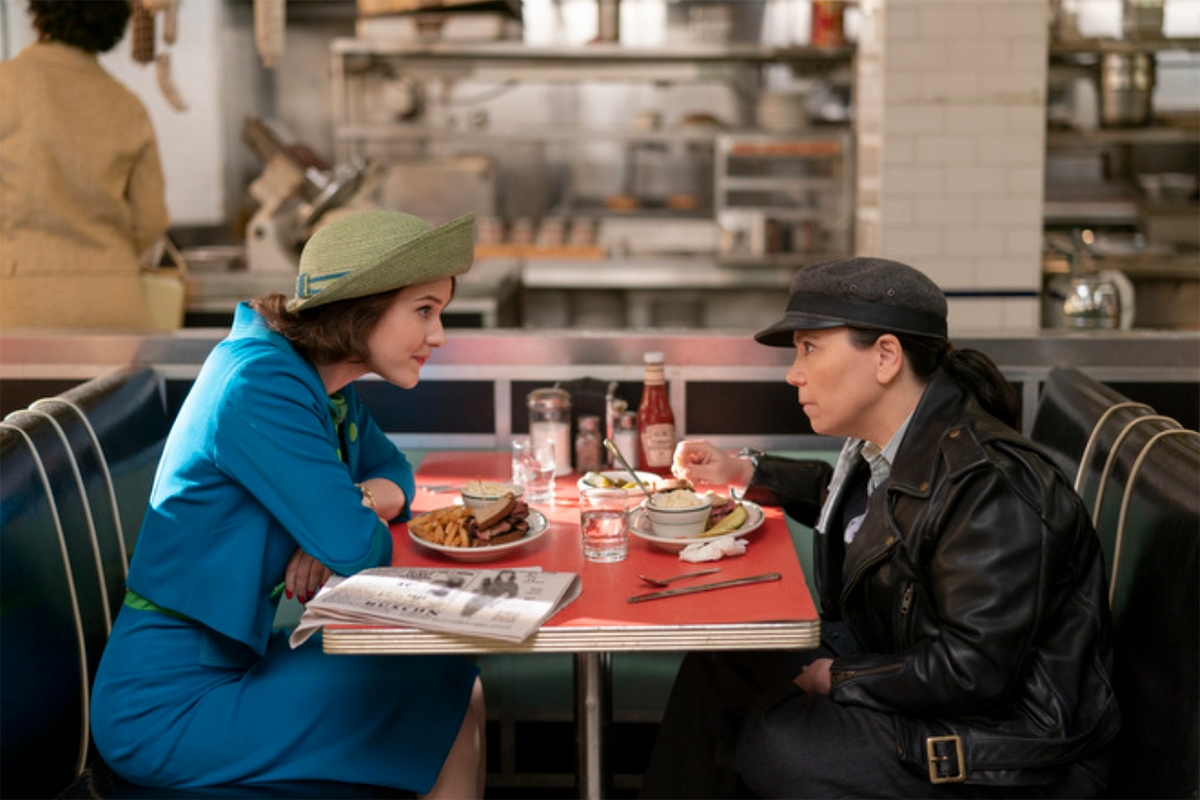 Just ahead of the season premiere of “The Marvelous Mrs. Maisel,” we’ve got some bittersweet news about the future of our favorite feisty fictional Jewish comedian.

The good news is that Midge Maisel is coming back for one more season of zingy standup and gorgeous period outfits and meticulous sets. The bad news is that season five of “The Marvelous Mrs. Maisel” will be the show’s final one.

“Amy, Dan, and ‘The Marvelous Mrs. Maisel’ have blazed an unparalleled path, elevating the stories we tell about women, challenging the norms in our industry and forever altering the entertainment landscape with their one-of-a-kind storytelling,” Jennifer Salke, head of Amazon Studios, said in a statement. “The dozens of awards cement Maisel’s legacy in many ways, but what’s even more enduring and poignant are the characters Amy has created and the joyous, brilliant, singular world she and Dan brought to life.”

“This series has meant so much to Prime Video and the effects of its success will be felt long after its final season,” Salke added. “I can’t wait for fans and our worldwide Prime Video audience to savor each moment as we embark on the culmination of this groundbreaking and unforgettable series.”

Since its premiere in 2017, the show about the 1950s housewife-turned-comedic sensation has won a total of 20 Emmys and three Golden Globes. Back in 2019, when actress Alex Borstein won the Emmy for best supporting actress, she dedicated her award to her Holocaust survivor grandmother in a moving speech.

Star Rachel Brosnahan, who plays Miriam “Midge” Maisel, shared her own feelings about the news on Instagram.

“A few days ago we started shooting Season 5 (!) of The Marvelous Mrs. Maisel,” Brosnahan wrote. “It’s bittersweet. The band is back together again and we can’t wait to share season 4 with you starting tomorrow… it’s also going to be our last rodeo. Rest assured our tits are up and it’s going to be a hell of a final chapter. Stay tuned.”

Borstein, who plays our favorite Jewish agent, Susie Myerson, shared a picture of herself with show co-creator Amy Sherman-Palladino from the Mrs. Maisel red carpet, writing: “It’s official, folks. We have begun shooting our 5th and final season of #mrsmaisel… And I will spend the rest of my days following this woman right into both of our graves. We may even share one, who knows?”

In the meantime, season four is premiering this Friday, February 18, with the first two episodes landing on the streaming platform, followed by two of the following six episodes premiering on a weekly basis, each Friday.

This season, as she picks up the shambles of her career after getting kicked off a tour with Shy Baldwin, Midge will be visiting exciting New York landmarks like Coney Island and the Plaza hotel.

Old familiar guest stars will make appearances — Jason Alexander will return as Abe’s friend Asher Friedman and Jane Lynch will come back as Sophie Lennon. There are also exciting new additions to the cast, like John Waters, Gideon Glick, Jackie Hoffman and Milo Ventimiglia, whose role is described simply as “handsome man” (we see no lie here).

So yes, before we have to say goodbye, there’s a lot of marveling with Mrs. Maisel to be done. Having watched the first two episodes of season four, I can safely say we have a lot to look forward to.