‘The Marvelous Mrs. Maisel’ Season 4: Everything We Know – Kveller
Skip to Content Skip to Footer 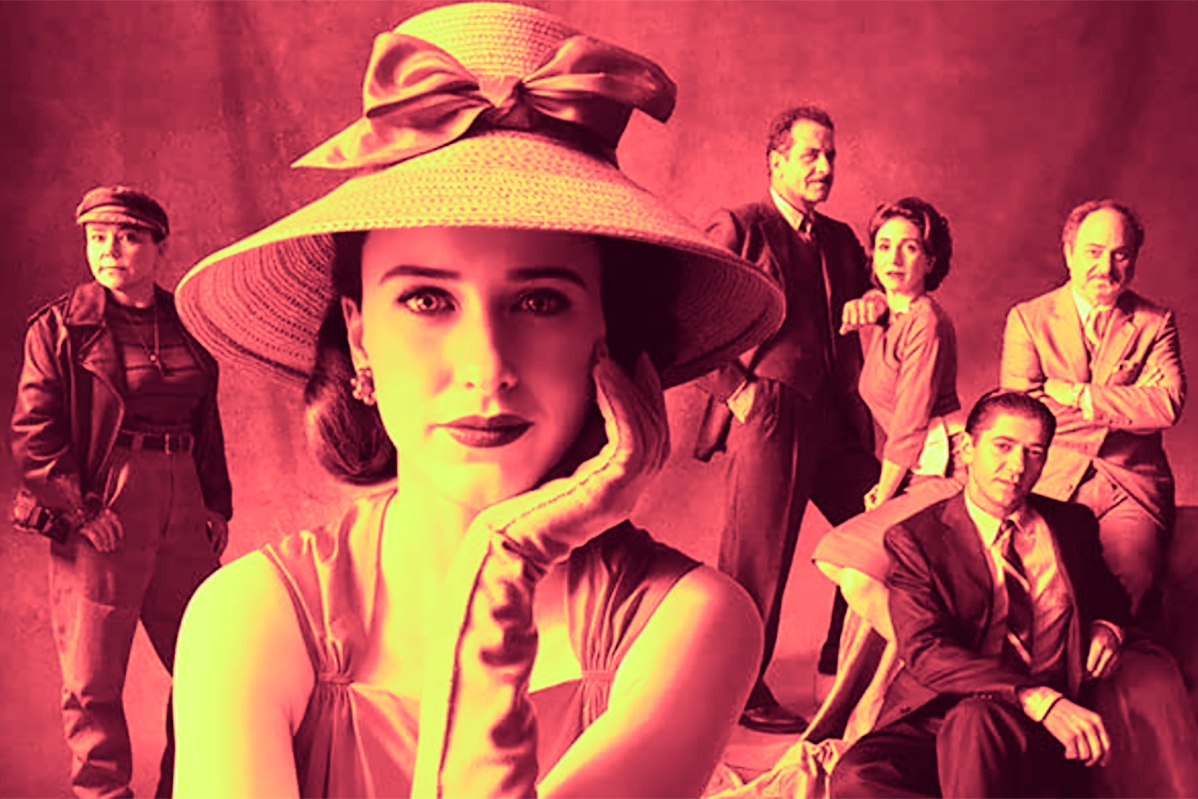 The ending of season 3 of “Marvelous Mrs. Maisel” left our Jewish heroine in quite a pickle. Since then, we’ve all been waiting (and waiting!) to see how Miriam “Midge” Maisel, played by Golden Globe-winner Rachel Brosnahan, finds a way to redeem herself in season 4 of the show, which was announced all the way back in December 2019.

Unfortunately, Covid-19 delayed things considerably, which means we’ve been waiting quite some time for the continuing adventures of this aspiring and gifted (fictional) female comic and Jewish mom. Showrunner Amy Sherman-Paladino and the crew finally resumed working on this much anticipated season in late 2020, and production resumed in January of this year.

Now, finally, it looks like season 4 is really taking shape! The show has been filming all across New York City since April, resulting in some thrilling shots of Midge’s new outfits (Midge’s wardrobe is still very much #fashiongoals), exhilarating new locations, and some exciting new guest stars.

But there are also some new delightful additions — one of them is Jewish Broadway star Gideon Glick, whose most recent role was the very Jewish Seymour in an off-Broadway production of “Little Shop of Horrors.” The talented singer and performer (and purveyor of funny Jewish tweets) also starred in “Marriage Story” and “Ocean’s 8.” Glick’s role in this new season is still under wraps, but according to Broadway.com, it “will have a multi-episode story arc.”

Another actor joining the cast for a multi-episode story arc is Reid Scott, who played Dan Egan on “Veep.” Aside from that, legendary producer, director and epic mustache-haver John Waters (“Hairspray“) will be making a guest appearance in this new season. We can’t wait!

One of the most exciting previews of season 4 includes a glimpse into an exciting new location: Coney Island. I might be biased, as this is one of my favorite places in all of New York City, but it’s such a treat to think of Midge and company traipsing on the seaside peninsula that is so rich in Jewish history.

IRL, Coney Island became a beachside escape for New Yorkers in the 1800s, though back then, Jews (rather, “Israelites”) weren’t allowed to leisure there. That quickly changed with the turn on the 20th century, as many Jews found commercial success in the seaside Brooklyn neighborhood, starting famous sideshows in what was then a bumbling entertainment strip, and, of course, opening the beloved and iconic Nathan’s Famous hot dogs — which is my favorite New York establishment.

Brooklyn Paper recently published some photos of the set that day; the cast is looking stylish and period-appropriate as they walk along the Riegelmann Boardwalk (which was built in 1922 and connects Coney Island and the very Jewish neighborhood of Brighton Beach). The boardwalk was transported through time, selling $0.05 Italian ices (wow!), vintage souvenirs, and advertising jazz shows nearby. Of course, classic New York landmarks that were already part of the landscape back in the ’50s and ’60s still loom over the shots, like the aforementioned Nathan’s Famous and the glorious Wonder Wheel, a 150-foot ferris wheel. And, as always, Midge’s Coney Island beach garb is on point — especially her fabulous straw hat.

In case you want even more glimpses of season 4 (which, yes, of course you do!), some lucky and very generous spectators also managed to capture these exciting TikToks of shoots in New York’s West Village. One shows Susie (played by Borstein)  unning through Washington Square Park (really digging all those street vendors), while another shows Brosnahan walking down a crowded (and stylish) 1960s Manhattan street:

Of course, we still don’t know much about the plot of season 4 — the show’s team has always been very good at keeping mum about storyline details until the last minute. But Brosnahan has said she hopes Midge will redeem herself after her falling out with Shy Baldwin in the previous season.

“I want to see her pick herself back up and figure out how to approach the next step differently having had this experience,” she  told Parade back in December 2020. “She and Susie have a lot to learn together still.”

As for when season 4 will premiere, it’s really anybody’s guess. There is no official date yet, but some have pointed out that previous “Maisel” seasons premiered in December (in time for those winter holidays binges!), so a December 2021 seems quite likely. The wait will be very hard, but it definitely looks like it will be worth it.