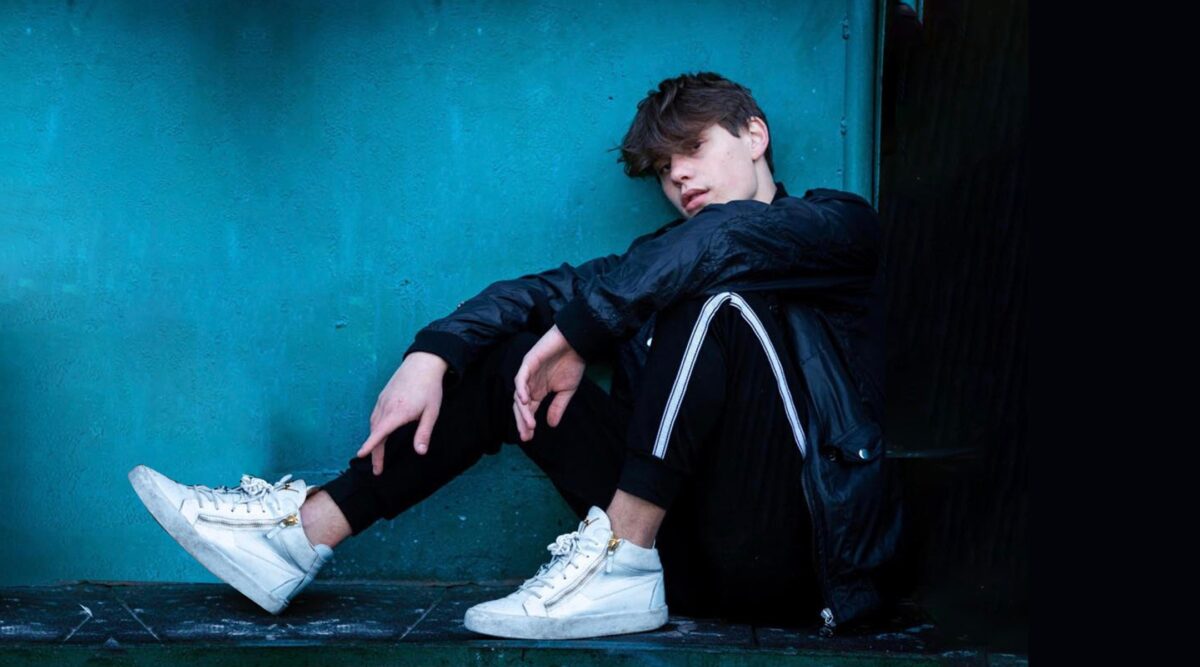 Laivy Miller, 16, is excited to kick off his music career. In addition to his father, he said his influences include Justin Bieber, Drake and Ishay Ribo. (Courtesy Laivy Miller)

Most 16-year-olds are thrilled to start driving a car or go on a first date.

But Brooklyn-born musician Laivy Miller, 16, has set his sights higher, and he’s already establishing a career in music.

Of course, it helps that Miller is the son of Matisyahu, the popular Jewish musician (“King Without a Crown,” “One Day”) who first made a name for himself in the early 2000s as a Hasidic reggae act. But the familial connection means the expectations the teen faces are sky-high. Both father and son are eagerly anticipating Tuesday, August 16, when, for the first time, Miller will perform his original music at the Coney Island Amphitheater, a 5,000-seat venue in Brooklyn.

Miller’s debut will take place at the Chosen Comedy Festival, a benefit for the Ukrainian Emergency Art Fund that will feature sets from comedians like Alex Edelman, Elon Gold, Modi (Rosenfeld) and TJ Miller, as well as musical performances by Miller, Nissim Black and Kosha Dillz.

“I’m super excited to perform for a Jewish crowd on a stage with so many legends in my hometown,” Miller told the New York Jewish Week.

“I’m not nervous at all,” he added. “My brothers and I, we were brought up in the music business like three little Chabad kids on the road. I think we all loved music from the beginning. We all were like, ‘one of us is gonna do it,” and as the oldest, I thought it was important to show that [if] I can do it, anyone can do it.”

Still, following a parent’s footsteps can be a challenge — for both generations. How does a famous father encourage a son who wants to go into the family business, without making him feel pressured? 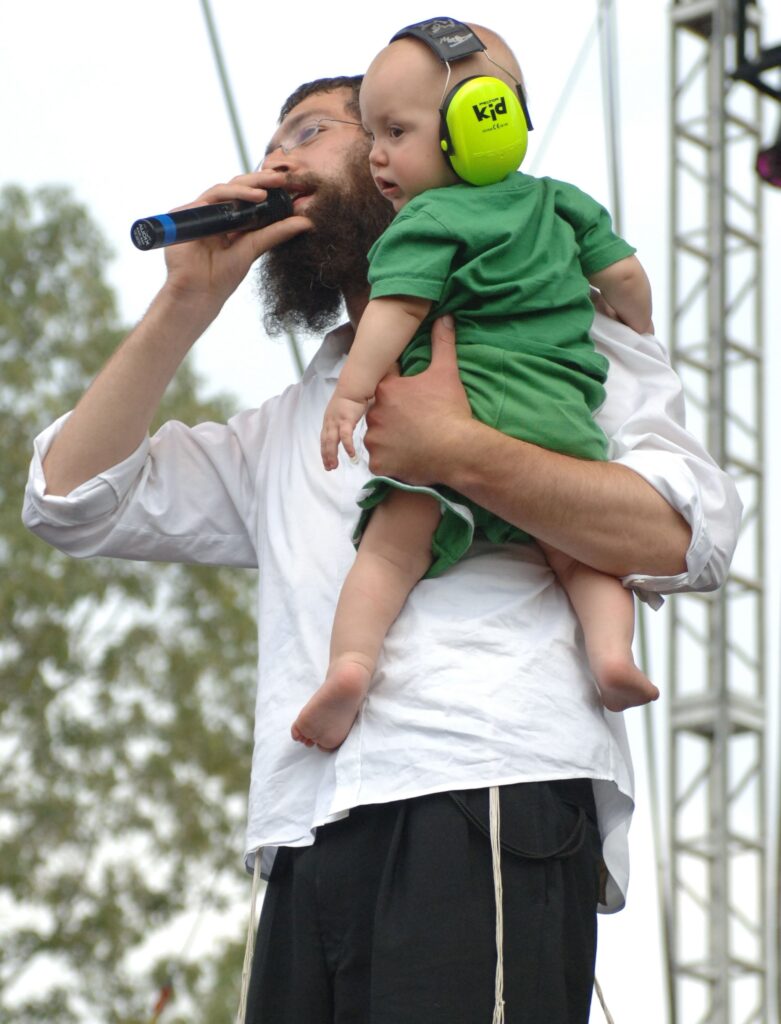 Matisyahu and Laivy in 2006 at Bonnaroo Music Festival

“With Laivy, I was always very subtle with it — but it’s been a part of who he is, so it was just a matter of time,” Matisyahu told the New York Jewish Week. “Right before COVID, he wanted me to get him the Logic [Pro recording] program to start making music. I told him, ‘Make something really great on Garage Band first cause it’s free, and if you do that I’ll get you Logic.’

“So for six months, he worked,” Matisyahu continued. “He had a little journal where he was writing his lyrics, I got him a little setup in the attic. He played me something and I was like, ‘Wow!’ He’s always had a strong voice. But I noticed a certain tone to his voice.”

On Aug. 16, the teenager — who goes professionally by the single name Laivy — said he will perform a song called “Fake Friends.” It’s about a realization he had while switching schools and moving between Los Angeles and New York.

“Through these places — obviously having a dad who is well-known, you have people that latch onto you,” he said. “They say, like, ‘I’m your best friend, this is what’s good for you, you should come hang out with me.’ I realized, down the line, these friends who I thought were real, who were around me, were kind of using me in this fake manner. I had to separate myself from them and realize I’ve been traveling since I was young — I don’t need to deal with this. I’m gonna do my own thing, my own music and surpass everyone’s expectations.”

Looking a bit like a Jewish Justin Bieber (whom he counts as one of his musical influences, along with Jewish superstar rapper Drake and Kid Cudi), he said he’s been recruited by the modeling agency, ONE Management, and expects to do shoots soon.

His first single, “Beauty and The Beast,” will drop August 5. The song is about his first experience with romance and feeling he was too young to be in a relationship.

Miller was born in Crown Heights; his father divorced his mother, Tahlia Silverman, about 10 years ago and married Talia Dressler in 2019. Now a rising junior at the all-boys yeshiva Ohr Yisroel of Tenafly, New Jersey, Laivy said he loves studying Talmud and enjoys creative writing.

He also plays for an all-Jewish, Sabbath-observant ice hockey team that won a New Jersey championship. His coach, Steven Ritter, praised Miller’s playing: “He was super physical, and we needed it,” Ritter told the New York Jewish Week.

Miller said his family has been supportive of his fledgling music career. He said his mother taught him to “always stay true to yourself and remember where you came from even when people push you down.” Similarly, he said the greatest lesson he learned from his father is to “never let anyone trying to put you down affect your passion or your growth.”

Matisyahu, who grew up in a Reconstructionist home in White Plains, later became a follower of the Chabad-Lubavitch Hasidic movement, and performed his reggae-inspired songs in the full beard and black garb of a haredi Orthodox Jew.

He eventually left Hasidism and, in December, 2011, when he had his beard shaved off at a SuperCuts in Manhattan, it was covered by MTV and Rolling Stone. Some fans felt betrayed by his religious about-face; others opined that artists should be judged by their music, not their clothes or religious choices.

As for Miller, he said that people may have their own definitions of what it means to be religious, and that everyone has their own journey.

In this first-ever interview with the press, Miller conceded it is natural that people will compare him with his father. He said he also knows that there may be criticism, but he knows that is part of the business.