My Holocaust Survivor Father Asked Me to Forget Him. I Won't. – Kveller
Skip to Content Skip to Footer

My Holocaust Survivor Father Asked Me to Forget Him. I Won’t. 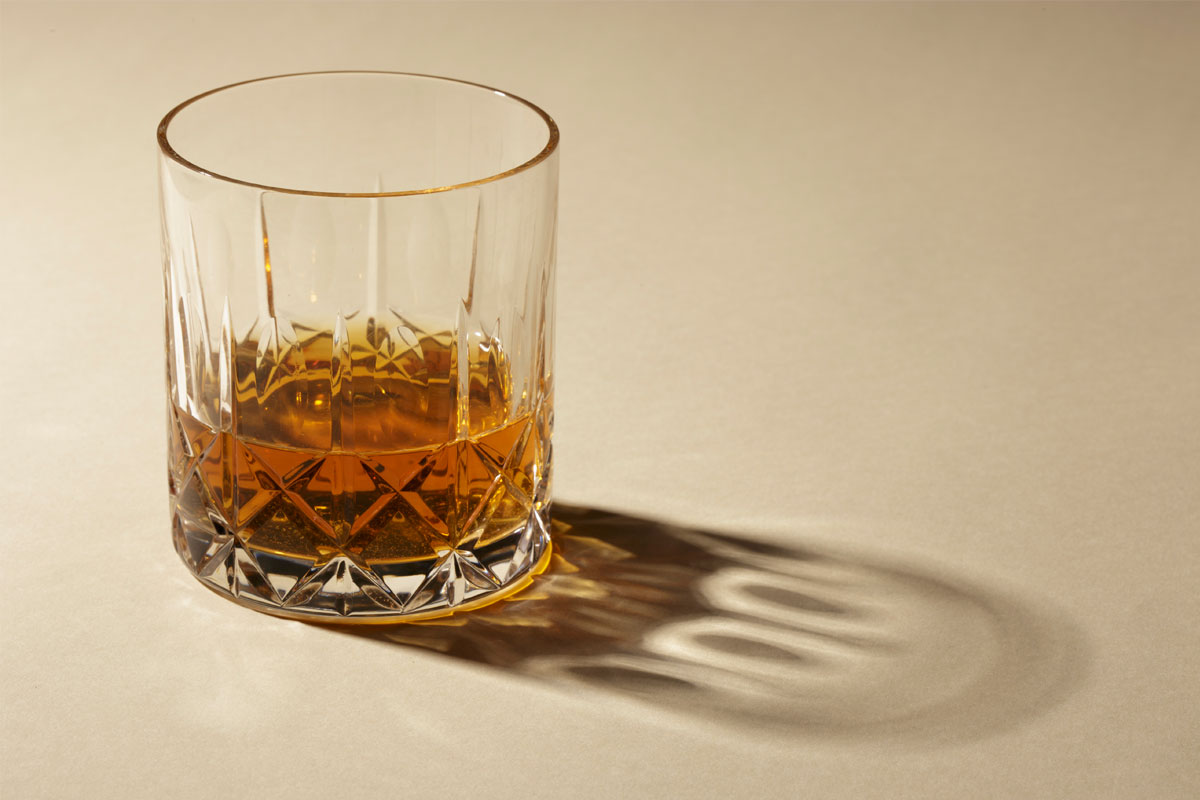 One morning when I was around 10 years old my father looked up from the book he was reading and, apropos of nothing, said, “If you’re ever stuck behind enemy lines, find a brothel. They’ll hide you.” And then he went back to his book.

This played to type. My dad thought of children the way medieval painters drew us: like small adults. Other childhood guidance at the time included “don’t inhale cigars” and “never put more than one ice cube in a Scotch.” He also told me more than once not to expect his help once I turned 18. “I don’t own you; I’m renting.”

My dad wasn’t cruel — he just didn’t relate to kids, having never been one himself. I have a photo of him from Germany when he was 6 holding a Shultute, a huge paper cone filled with treats that children receive on their first day of school. Unlike the other joyful jungen, he looked annoyed, as if he were saying, “Stop with the nonsense, it’s time for school.” 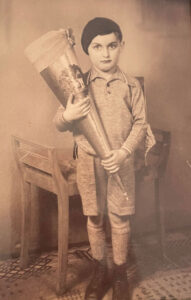 A few months after that first-grade photo was taken, my dad, his parents and his little brother escaped Nazi Germany — it was a few weeks before Kristallnacht. Most of their relatives stayed in Germany and were killed in one camp or another. One relative survived, his aunt Marga.

Marga Spiegel and her daughter Karin hid in plain sight on a neighbor’s farm, where the beautiful, blonde Marga pretended to be a young Christian war widow from another city. She eventually wrote a bestselling memoir about her time on the farm called “Saviors in the Night,” which was made into a movie in 2009. I saw her at the movie’s premiere at Lincoln Center where, in her 90s, she radiated beauty and joy. Several years earlier we danced together at my wedding in Chicago. I was baffled how this full-of-life Holocaust survivor, who my father never talked about, could possibly be related to my quiet, stoic dad.

And so, with no childhood to draw upon, my father didn’t know — or care to know — how to be a fun dad. He didn’t play catch; I didn’t play chess. He didn’t like sports; I didn’t like Shabbat services at our Classical Reform suburban synagogue. He did once take me to a Harlem Globetrotters basketball game after some serious begging, but when I worried during the game that the Washington Generals were catching up, he scowled, “Don’t be an idiot, it’s fixed.”

So the brothel advice was about as good as it got, and I thought about it often as a child.

With visions of World War II deeply rooted in my imagination, I saw myself landing in an open field in Germany with a busted parachute, burying it under some rocks, and sneaking around after dark. I didn’t know what a brothel looked like or exactly what went on inside, but I thought it might be an old, red barn with two or three large women in Bavarian dresses standing outside drinking beer, nudging each other with their elbows and laughing loudly. I taught myself how to say “help me” in German. “Hilf mir,” I would plead to the women. “Hilf mir bitte.”

I assumed my dad knew what he was talking about with this advice. He had been a corporal in the army during the Korean War when he was 21, stationed in Vienna in the clandestine services. He went by the code name “Rossi” so he wouldn’t sound Jewish, and his job was to interview elderly Nazis in exchange for cigarettes. I can’t imagine why he was picked for this role. Even though he never lost his thick accent, his German was terrible, and he was a lousy conversationalist. What in the world would he have talked about with these guys? And wouldn’t he have wanted to punch them?  I can’t stand talking to anyone I don’t like, and here he was smoking cigarettes with the men who tortured and killed his family and millions of others? How does that work?

It’s too late to ask him now. These days he only talks about things immediately in front of him. At lunch last month he talked about my shirt, his dentures and how cold he feels. He is always cold now.

I was 12 when I figured out where his brothel advice may have come from. I was in Hebrew school, and we were reading the Book of Joshua. As the story goes, Joshua sent two men as spies to Canaan to inspect the area before a planned attack. The two men ended up at the home of Rahab, a local prostitute. The story doesn’t say why these guys went to Rahab’s house, but at age 12 I was pretty sure I knew.

When the Canaanite king heard that the spies were at Rahab’s place, he demanded she give them up. Instead, she hid them on her roof and said they had already left. In exchange for saving their lives, Rahab only asked the spies to protect her family during the coming invasion, which they did.

I prefer to think that this is where my dad got the idea from, not from his own experience. I mean, really, why would he have hidden in a Viennese brothel during the Korean War? Plus, I can’t imagine my dad with a prostitute, he’s far too formal.

A few weeks ago, my dad told my older brother Steve that he thought he would die soon, and Steve asked him how he’d like to be remembered. With no self-pity or self-effacement he said, “Just forget about me as soon as possible.”

I think the answer to that may be in another piece of advice he gave. It’s from the ancient Rabbi Hillel, who said, “If I am not for myself, who will be for me? And if I am only for myself, what am I? And if not now, when?” He gave me this advice at my bar mitzvah, graduation and wedding.

Telling us to forget him is his way of living for others — he doesn’t want us to mourn. And I suppose there’s a bit of Rahab in there, too, who hid the spies to protect her family. Asking us to forget is his final effort to protect.

When my dad dies, which I gather will be soon, I plan to pour a Scotch with one ice cube in it and smoke a cigar without inhaling.

And I will try, unsuccessfully, to forget him.