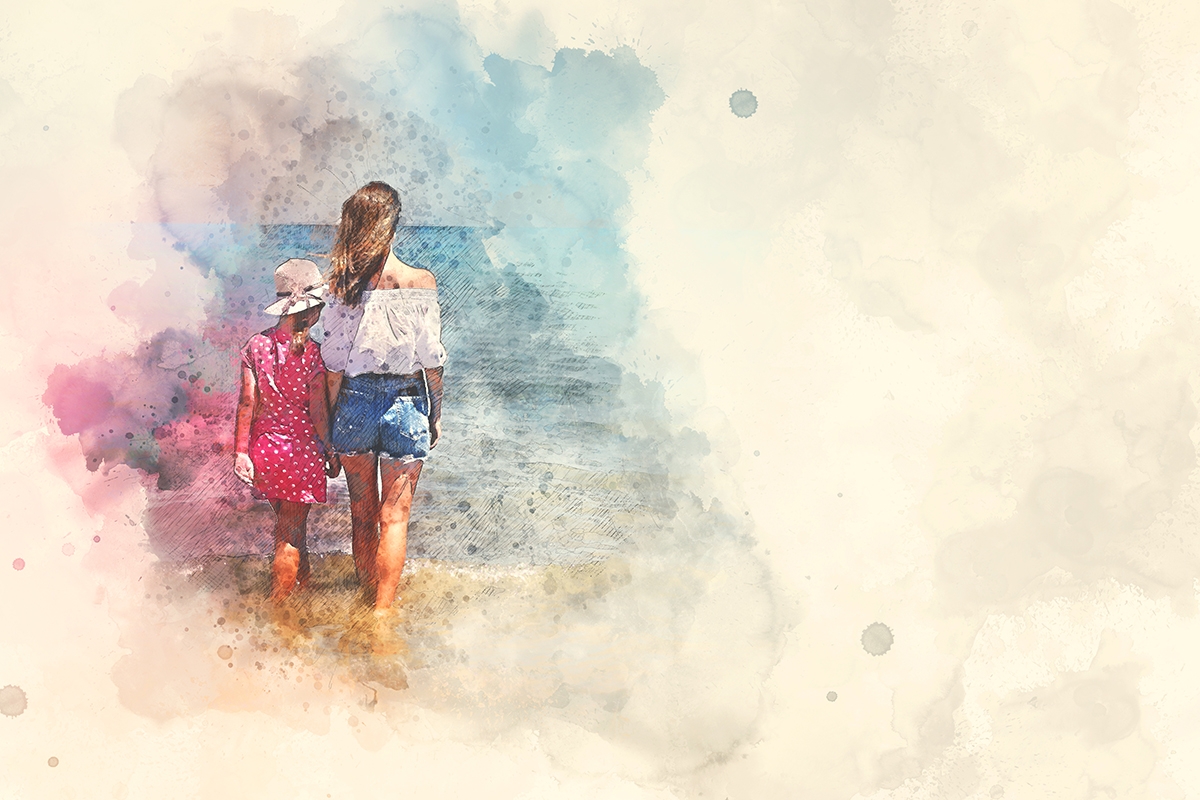 I had made a list of all the omens signaling that Number Two was destined to work for me, a single mom at 44.

One: On the plane from Berlin to Israel, where I had three frozen embryos waiting for me from the IVF attempt that brought me my beautiful Hanna at age 42, I happened to be seated right next to another “trying” mom.

Two: The date of the embryo transfer was exactly my daughter’s year-and-half birthday.

Three: The date of the positive home pregnancy test was exactly my best friend’s birthday.

The list went on with these what-are-the-odds moments, making me feel certain: Hanna was going to have a brother or sister.

I kept referring to this list when the early ultrasounds didn’t go smoothly. At the first, my fertility doctor said he couldn’t see the embryo when it should be visible at six weeks.

“Oops,” he said. He had miscalculated. Number Two was safe and sound.

At the (real) six-week scan, this time with my Israeli ob-gyn, there was an embryo but no heartbeat — but that must be because he had outdated equipment, I told myself. I had grown accustomed to false alarms when an ultrasound technician in Tel Aviv had calculated a one-in-two chance of Hanna having Down Syndrome.

Thankfully, at a specialist a few days later, the heartbeat was, of course, there.

I added another item to the list: Thanks to my pregnancy, I was able to book an “emergency flight” to Berlin at a time when Israel’s Ben Gurion airport was closed to normal traffic because of Covid.

I anxiously awaited the seven-week scan with my German ob-gyn, who was always conscientious about accuracy. She inserted the “wand” and there it was, in HD: a fetus, strangely shaped like a trapezoid, hardly moving. A very slow heartbeat feeding off my own. Hanna’s deformed sibling. But in my mind’s eye what I saw was a harsh, single word: “No.”

“I’m sorry,” the doctor said, explaining how there was no chance this fetus could survive if it wasn’t dead already.

I left her clinic sad but accepting, trying to process what this meant for my plans for Number Two. What kept me from breaking down was my faith that everything happens for the best — and, admittedly, relief that I could toss those fatigue-inducing progesterone suppositories.

I went home and looked at my list. Were all these omens — which I had interpreted as positive signs — actually God’s way of telling me Number Two was not meant to be?

I booked the surgical procedure to extract the “material,” as the clinic calls it, and allowed my heart to catch up with my brain and body, which told me, “don’t try again so fast.” (The pathology report later found that the fetus had Down Syndrome and Trisomy 14.)

I always took for granted that I’d give Hanna a sibling. It’s normal and good to have more than one child. Hanna needed a permanent playmate, confidante and ally, especially as the child of a single mom. As the stereotype goes, “only children” are selfish and anti-social, and I wanted to avoid that scenario.

Then again, I had already given up on that traditional dream of a husband. What’s another dream by the wayside?

While I had 20 eggs and five vials of sperm on ice in Israel, this time, I decided, I wouldn’t try for another just because I was supposed to. I’d have to think. Really think. I asked friends and online forums for single moms their thoughts about being a mother of two.

In one forum, a single mom’s warning added to my nascent resolve not to try again: “It’s not 2x the work but 8x the work and forget babysitters,” she wrote. “They suddenly disappear when you have two.”

My dear friend, Anat, another single mom — who had once convinced me that I wasn’t a horrible Jew for leaving Israel to try out life in Berlin — had advice that hit home: “Orit, having one child is perfect for you,” she told me. “A single mother and a single child is a wonderful thing. You can travel. It’ll be easier for you to date. There is no guarantee that siblings will be good friends. I know plenty of siblings who fight all the time.” Her daughter, she added, hardly wants to play with her twin brother.

Prior to trying, I had convinced myself that I’d find a way to make two kids work. But now that I had to really think, I wasn’t sure I could afford another. I’d need a bigger apartment and probably a nanny, unless I moved closer to family in either Israel or Los Angeles, which meant I’d miss out on Berlin’s free daycare-for-all. And I enjoy living and raising a child in Berlin, which is actually very kid-friendly.

What’s more, I’m in my 40s. I’m tired. I’m not sure I could physically handle two.  There’s a reason most women have multiples in their 20s and 30s when their bodies are in their prime child-bearing years. This pregnancy wasn’t as enjoyable as the first, mostly because I had a toddler in my care. Just lifting Hanna onto a slide, or scraping her oatmeal off the floor, felt like Herculean tasks. Motherhood has taught me to make compromises in life — I could no longer do what I wanted on a whim. Against my free-spirited nature, I’d have to be practical. I soon realized that, in my case, practicality included not having two children.

Of course, people still ask me, “Are you having another?” It’s as annoying and intrusive a question as “why are you still single?” As if being single or having “only” one child is illegitimate or undesirable. I’ve learned to brush those questions aside, sometimes answering those busybodies that there is no single way we are all “supposed” to be.

Sometimes, I wish I had decided on the option of having “only” one even earlier. My relationship with Hanna could have been even more total, more loving, from the get-go. I wouldn’t have felt that we were somehow incomplete. Now, she’ll get all my emotional, physical and spiritual resources. As for a playmate, she’ll just have to make more friends — just like Anat’s daughter.

I admit there are times when I wonder if Number Two would have had Hanna’s brown eyes. Or when I’m seized with baby envy as a mom and her newborn pass me by (remembering soon enough the baby phase lasts only one year). But then I think back to my list of omens, and trust that God knew what was best for me by telling me: “No.”

I’ve tried to help, but it is, and will be, “only Hanna.” She’s not only enough… she’s abundance.