My Son’s Bar Mitzvah Is Supposed to Be In Israel In 3 Weeks. Now What? – Kveller
Skip to Content Skip to Footer

My Son’s Bar Mitzvah Is Supposed to Be In Israel In 3 Weeks. Now What? 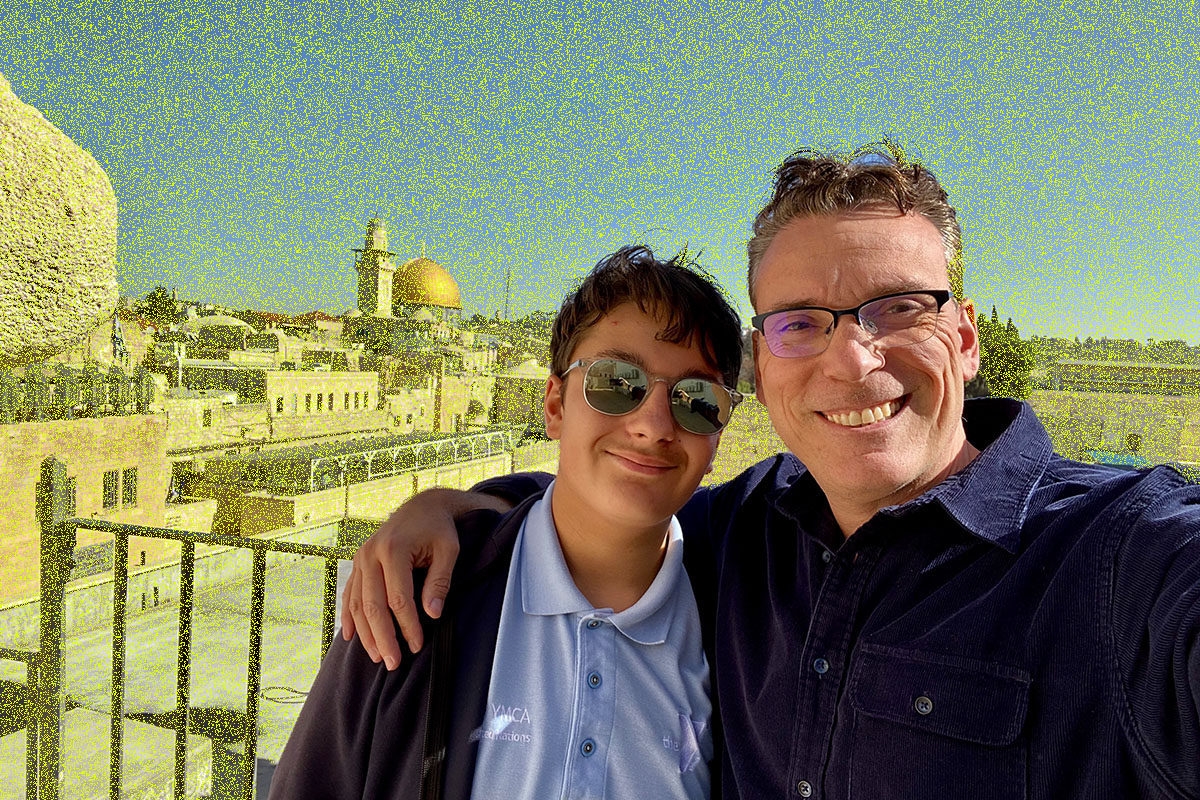 This was going to be the most Instagrammable bar mitzvah ever.

To mark the transition of my son, Sammy, from boy to man, we were so excited to have friends and family from across the globe gather at the Kotel in Jerusalem. I wanted him to cherish the moment, and take in the bigness of marking such a significant rite of passage at such a holy site.

In addition to a Torah reading, we had planned a parade — including dancers and musicians — to take us from a communal breakfast to a site at the Wall; upon completion of the ceremony we planned to release a flight of doves. Yes, some might say these extras were over-the-top and unnecessary, but they are rich in the color that is Sammy. Truth be told, he needed no extras in order to shine on this special day.

But, unfortunately, due to the spread of coronavirus, it looks like this memorable journey to Jewish manhood — scheduled for April 6 — will have to wait.

And we are being patient because this pandemic is devastating. We understand the magnitude and the ravage it has done globally, and the pain and suffering many families are feeling is heartbreaking. But our family continues to push through, trying to focus on all that we have, trying not to worry about what will happen next — but it’s difficult.

Besides the bar mitzvah, nearly everything has been either cancelled or postponed in the San Francisco Bay Area, where we live. Sammy had made a film with a couple of friends, and it was accepted in a local film festival, but yesterday it was cancelled. An overnight trip this weekend to participate in the Model United Nations conference in the California Central Valley was also cancelled — another blow to a kid who aspired to learn about collaboration from a global perspective. Yes, we recognize that these sacrifices seem small compared to the suffering families are feeling, but for a soon-to-be teenager, it feels like the hits keep on coming.

The bar mitzvah seems like the latest addition to a chain of disappointments — especially as we hoped to go above and beyond for Sammy’s big day. I aspire to be a creative and passionate dad as I raise an amazing young man. As a single gay dad, I realized long ago that there were few role models and even fewer scripts to flip. So, when it came time to plan Sammy’s bar mitzvah, we really focused on making memories. The idea of having a service and a party just didn’t appeal to Sammy – but why would it? It was ordinary. He’s not ordinary. We don’t like ordinary and we don’t do ordinary.

So, instead of a traditional service and a party, what Sammy really wanted was QT with his extended family. As an only child, his connection with his Israeli cousins is more akin to siblings rather than long-distance relatives — and, with two of these cousins currently serving in the IDF, it was clear that the bar mitzvah would happen in Israel, too.

Planning a bar mitzvah in Israel is not easy, but that’s an entirely different story. Needless to say, coordinating four continents of friends and family is a herculean task that I felt was worth the undertaking. Sammy and I have been to Israel several times and it’s always fun, relaxing, and memorable. It’s a place that was never home to me but always felt very comfortable. Similar to an old friend from elementary school who you do not see for 20 years but have no trouble finding that lifelong bond.

Selfishly, I also liked the idea that having Sammy’s bar mitzvah in Israel would foster his own  connection to the country — it would be the place he became a man, and where his family celebrated him and the amazing person he had become.

Over the past 13 months, we spent a considerable amount of time (and money) arranging all the details. Sammy has been working with my father, a rabbi, on the Torah portion; my Israeli brother-in-law made a recording of it so he can also practice on his own as well. We arranged for a cantor-slash-rabbi to lead a ceremony at the Kotel; we arranged transportation for the big day for our party of 35. All the extras were arranged, too, including the musicians for the  “celebratory parade” as we walked to the Wall, the doves to be released, a photographer to capture it all. We were well on our way to making lifelong memories.

But, here we are — three weeks out and no way in. Due to the spread of coronavirus, Israel is essentially closed. As it stands now, all foreign visitors need to be quarantined for 14 days upon arrival in Israel — and that’s just not feasible for us or our guests.

Of course, we are extremely disappointed that this special day will not happen, and I am not sure we can just “reschedule” or recreate it at another date. I honestly do not know what we will do. We are fortunate in that my dad, a rabbi, could officiate a small ceremony close to our home, and we could possibly plan a celebration for a future date.

The silver lining in all this is that Sammy gets it — he understands that this is not as we planned, but part of being a man is being able to adjust to unexpected situations and put things into perspective. If I’ve done my job right, as a dad, we will all get through this just fine — and fortunately, so far, it seems that I have.

Since I am not yet 100 percent accepting defeat, I have held off with many cancellations. I did get a refund on the Airbnb we booked — the decision to cancel was mutual between the host and me — and, so far, a few guests have already canceled, feeling a trip is not safe for their health or due to concerns about being quarantined for 14 days. And even though my head tells me that a cancellation — or, at least, a postponement — is all but certain, my heart is still hoping for a miracle.