Quarantine Finally Gave Me the Confidence to Dance 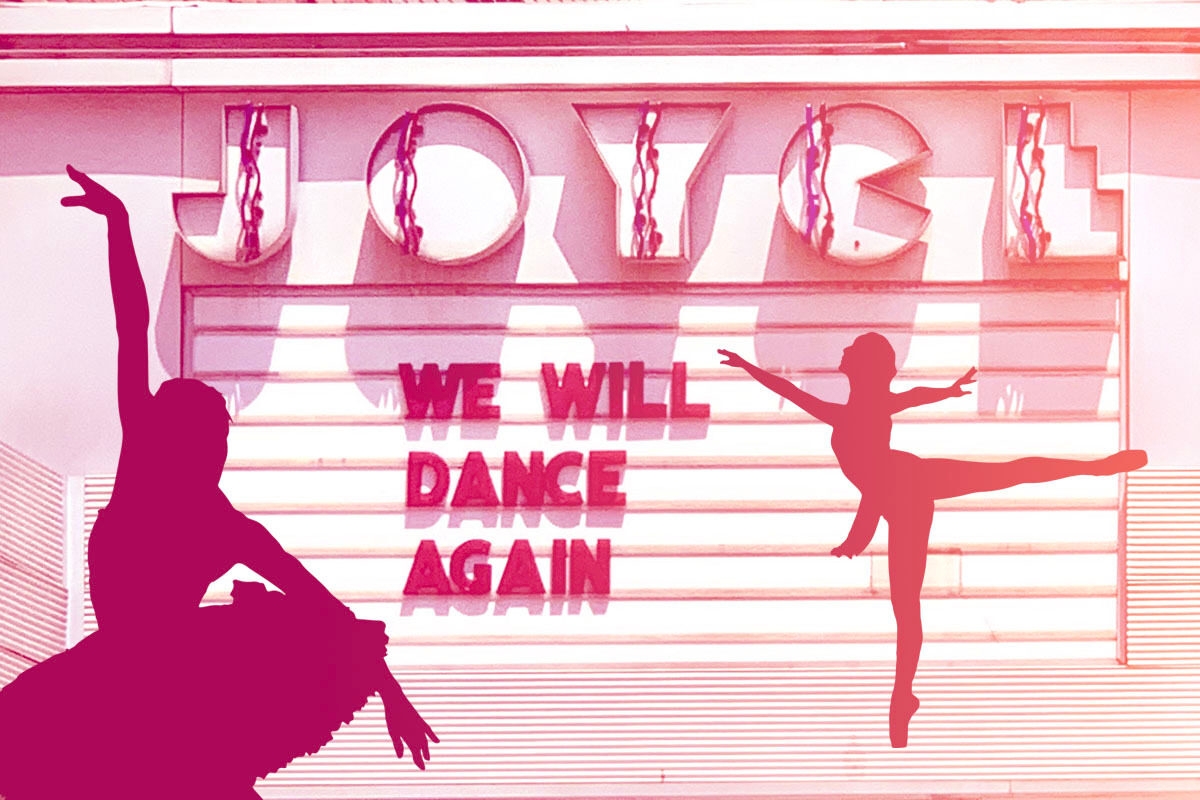 Blame it on American Bandstand, Dance Party USA, and even MTV. The cool kids, hip outfits, and upbeat hits on these shows turned me into a dance show addict since I was a teen. I even had my 15 seconds of fame dancing on a platform on Wonderama, in a paisley mini.

But now, as I watch shows like Dancing with the Stars, World of Dance, and America’s Got Talent, I feel incredibly disappointed that this American has got NO talent when it comes to busting a move. Unfortunately, I was cursed with inflexible hips, spindly limbs, and two left feet.

This doesn’t seem fair. My parents are wonderful dancers, but I must have skipped that gene. They still turn heads on the dance floor at 88 and 95, and they drop everything to sashay across the room if a great song comes on the radio. I’ve always wanted to dance, too. As a little girl I dreamed of becoming a prima ballerina. Despite perfectly arched feet, I never advanced to the toe shoes I desperately wanted. When our studio put on a performance of The Nutcracker, I was banished to a non-dancing background role. I quit.

When I became an adolescent, I endured the kind of excruciating co-ed parties that launched the teen angst movie genre. They might have been called “socials” but there was nothing friendly about a pre-pubescent boy snapping your training bra in a middle school gym. Plastered against the wall, I hid in the flickering shadows until a dorky boy dragged me onto the floor where we danced awkwardly. My older sister snickered, and I imagined everyone else laughing. My dance trauma had begun.

Teenage insecurities have a way of making a permanent home deep in your psyche. When I met my husband in my late 20s, he was disappointed that I didn’t dance. Newly partnered and trying to hitch him, I reluctantly got up with him at parties and wedding. But I often snuck away and left him on the floor, bopping alone with his one move. Despite this, we got engaged, and desperate to not humiliate ourselves at our wedding, we took the free Arthur Murray dance lessons offered before our nuptials. We managed a few spins without tripping over my train, and we even got in a little dip.

Our performance wasn’t flawless, but I am confident we would have scored a solid “8” if the guests were judges, with extra points for my perfect dress.

I’ve been married for more than 30 years and it’s been eons since that middle school dance. Yet, when it comes to dancing, I still feel anxiety — I worry that I look like I’m creating a horrible dance GIF. The one time I let my son pull me on the floor at a bar mitzvah, he actually landed me flat on the floor. I’ve hidden in the back of a Zumba class, praying for it to end instead of having fun. When friends surprised me on my birthday with a pole dancing class, I was so self-conscious I displayed a vibe that was definitely more neurotic than exotic. When I danced at weddings, I feared I was conjuring Elaine’s infamous jerky dance on Seinfeld. It didn’t help that I also had a version of her curly hairstyle.

However, during these endless months of quarantine, like so many people I fell down the rabbit hole of TikTok and its endless supply of short dancing videos. It seemed like everyone in the world wasn’t going anywhere — but they kept moving anyway. Two-year-olds shook their tiny tushies like Beyonce, teens’ perfectly synched choreography racked up likes, and even silver-haired bubbes were getting down, making up for their lack of agility with spirit and a smile. I wanted to try some moves, too, but my sons begged me not to humiliate them by posting any “Savage Love” challenges.

Then, as I realized gyms were not reopening anytime soon, I began scrolling through some live-stream classes on my iPad, and I realized I had finally found a perfect way to get my groove on. I laughed my way through a Bollywood exercise class, and I didn’t stop when my husband saw me clumsily moving to the theme song from Slumdog Millionaire. (I’m pretty sure I looked like I was having a tough time screwing in a light bulb.) I unearthed my inner danseuse with a ballet-style Barre class; the bone spurs on my feet the only thing similar to an actual retired ballerina. Sweating to a live Cardio Dance Party was fun, and no one could tell (or judge me) when I took a few breaks on the couch to catch my breath.

It was a relief to be moving, and get comfortable with myself, without worrying how I looked or who was watching. I remembered how natural it felt to move to a good beat. I still had trouble following more than one step in a row — and I couldn’t break, lock, or pop — but I didn’t care. After being quarantined for months, I’d already let go of so many other inhibitions: I stopped fretting over my clothes, living in leggings and sweats instead of pulled-together outfits. I watched celebrities broadcast from their homes without the artifices of good lighting and a professional glam team, and I, too, grew comfortable seeing myself more natural. I barely put on makeup. I didn’t freak out over the gray sprinkling my hair. (OK, maybe I did, but just a little bit.) I was trapped inside my walls, but feeling freer in some ways. I let go of the high standards of perfection that I had put on myself. I wore a face covering anytime I went outside, but inside I was finally unmasked.

I also realized that, although I’d probably be voted out on the first episode of a competition show, I’m not a total klutz. My main dance goal now is simply to move and not throw out a hip. But now I dance more freely. Hopefully the simchas, weddings and parties that were cancelled will be rescheduled next year, and I won’t be the shrinking violet anymore. I’ll be out there with my husband, joining in a joyous hora, participating in line dances, and celebrating all good things that had been missed.

I don’t actually think I’ll be called out for doing the Elaine, but if I happen to be caught imitating that dance, well, I’ll be in on the joke. It’s the one dance I can do perfectly.