‘Shtisel’ Is Getting an American Adaptation 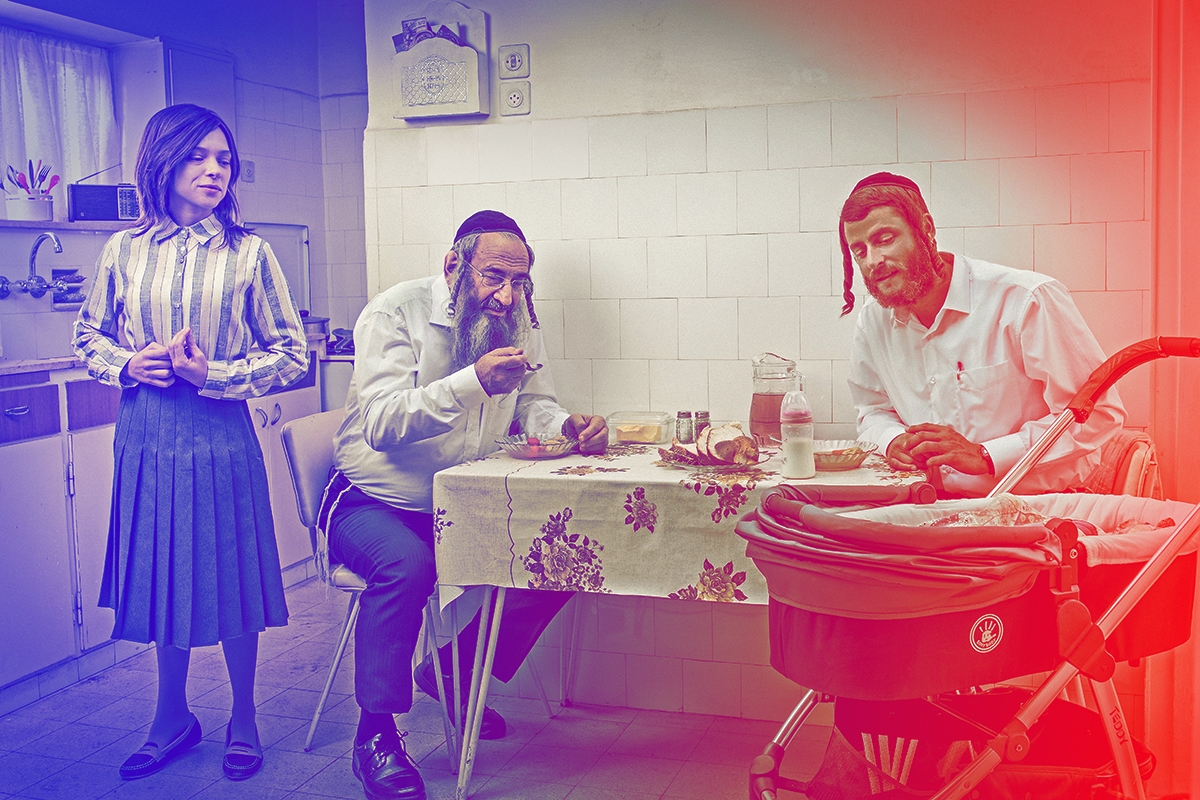 More than half a decade ago, iconic Friends co-creator Martha Kauffman sold an American version of the Israeli mega-hit Shtisel to Amazon Prime. The series, like Shtisel, would focus on a Haredi family — except, instead of Jerusalem, this one would be based in Brooklyn.

Unfortunately, that show, titled Emmis, never materialized. Nonetheless, it appears an American Shtisel remake is now about to become a reality.

According to Deadline, “global hit Israeli drama Shtisel is getting an American remake, written by Insatiable creator Lauren Gussis and directed by Oscar-winner Kenneth Lonergan.”

When I first heard the news, I was truly excited. Two successful Jewish creators signing on to remake one of the most beloved Jewish shows of all-time is truly a reason for celebration.

But upon closer inspection, I’m sad to report that… well… this show sounds absolutely nothing like Shtisel.

“Shtisel, written by Gussis based on the Netflix-distributed Israeli series and to be directed by Lonergan, is a modern Romeo and Juliet tale of impossible love,” according to Deadline. (OK, that’s not really a central plot point in Shtisel? But Kiveh does fall in love with an older mother of one of his students in the first season of the show, which is a little bit of a forbidden romance… so yes, go on, Deadline article.)

The female lead of the American show, the article continues, is “the privileged daughter of a Hollywood power couple.” Huh?? She “seems to be the girl who has everything. But when she meets a twentysomething Hasidic young man to whom she is powerfully drawn… the pull is so strong that she is willing to uproot her entire life to be with him.”

OK wait… what?! This is truly not the plot of Shtisel. In fact, aside from the fact that there is an attractive, male Hasidic character, it doesn’t seem like there are many commonalities here at all. But it does sound like a mishmash of two other popular Israeli shows: A Touch Away — which is a Romeo and Juliette tale set in the religious city of Bnei Brak, between a Russian immigrant and his Haredi neighbor — and The Baker and the Beauty, which is about a forbidden romance between a successful international supermodel and a baker from a Yemenite Jewish family.

Don’t get me wrong, both of these shows are very good! But Shtisel they are not.

Still, I won’t deny that this American Shtisel show sounds very promising and that I am excited (and maybe a little scared) to watch it.

Of course, Kenneth Lonergan’s films and plays do showcase his ability to capture a sometimes depressing, moody, Shtisel-like sensibility. And they are very good (in fact, they are, as Deadline mentioned, Oscar-winning). Lonergan was raised in New York by a Jewish mother and Irish father, and attended the Walden School, a progressive private school with a host of famous Jewish alumni, including Matthew Broderick, Kyra Sedgwick, and Beastie Boy Mike D.

Lonergan, who is now most famous for his award-winning Machester By the Sea, has definitely written Jewish characters — for example, Anna Paquin played Lisa Cohen in his 2011 film, Margaret — but never Hasidic ones. He’s also never worked on TV before but he was persuaded to join the production of the show after he “sparked to the material,” following conversations with Gussis and “calls with several rabbis.” (Were these calls recorded and can we listen to them, please?)

As for Gussis, she’s a Dexter alum who created Netflix’s Insatiable, which is just an incredibly camp and somewhat ridiculous show whose first season I binged in record time because, well, I’m not sure why! Honestly, I could not think of a show whose sensibility is more disparate from Shtisel — still, I’m looking forward to seeing what she comes up with for the script for this show.

The show will be created by CBS Studios and is going on the marketplace, which means we don’t know where it will air, or when. We will certainly keep our eyes and ears peeled! Also, just putting it out into the universe: Even if this show doesn’t sound too much like Shtisel, we really wouldn’t mind it if it starred Michael Aloni, too.