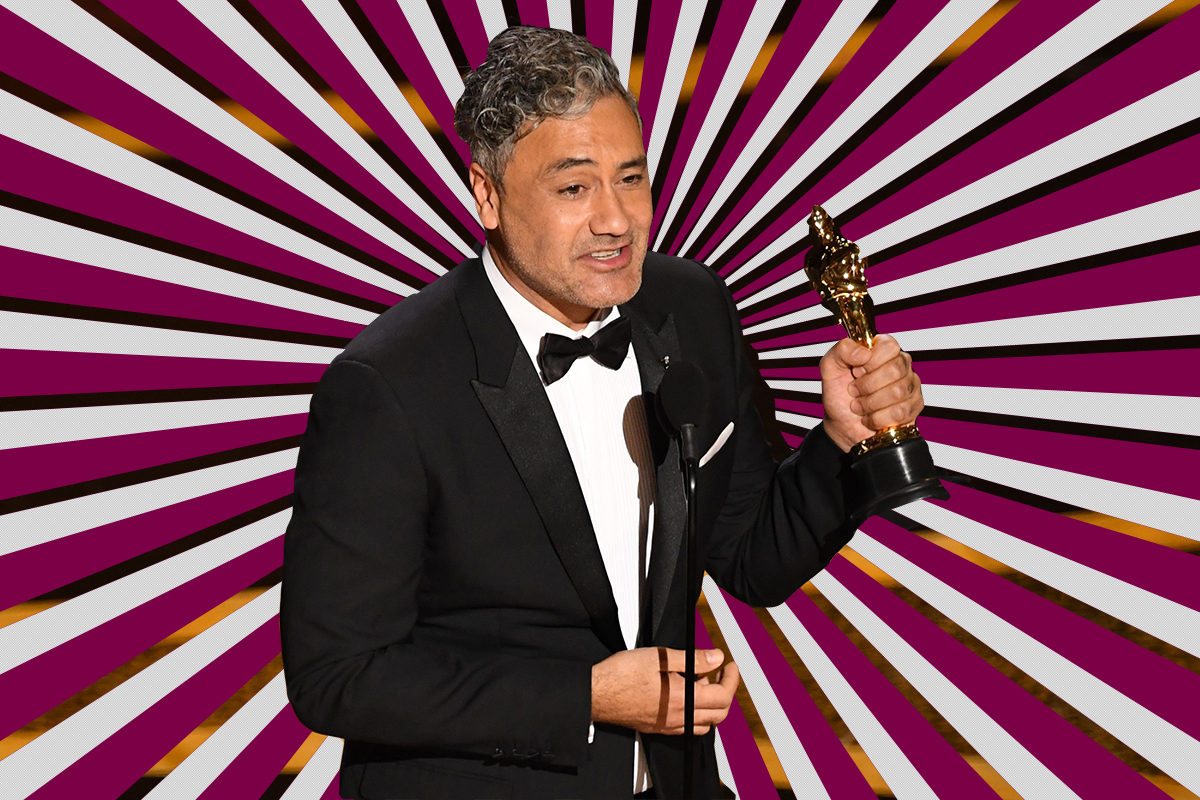 Taika Waititi’s Oscar win for Best Adapted Screenplay for Jojo Rabbit is a win for Jews and Māoris alike. Waititi, as you may know, is a mix of Māori and Jewish — his mother is Jewish and his dad is Māori, a part of the Te Whānau-ā-Apanui tribe. He has referred to himself as a “Polynesian Jew.”

This may seem like an uncommon mix, but actually there are plenty of mixed Māori Jews out there. I should know, as I am one of them! My mom’s heritage, on both sides, are Māori, from the Ngati Maru iwi (tribe) from the Thames area of New Zealand’s North Island. Through her father’s side, I also have Assyrian Jewish heritage.

Those of us with mixed roots may look more like a particular branch on the family tree than another, but what does a Jewish person look like, anyway? Our spirit is a mix, belonging both to New Zealand and the people of Israel. Waititi’s wit has deep Māori roots, while his Jewish heritage is evident in his social commentaries. Given that Waititi comes from two cultural groups the Nazis felt were “subhuman,” his Oscar win for writing an “anti-hate satire” — in which he portrays Adolf Hitler on screen — is the ultimate middle finger to Nazism. As Waititi himself said, “What better way to insult Hitler than having him portrayed by a Polynesian Jew?”

I couldn’t be happier about Waititi becoming the first Indigenous director to win an Academy Award. I grew up with stories of being a descendant of a Māori chief. (I suppose I am actually a Jewish princess!) It’s an integral part of my family’s oral history, and it goes like this: Back in the 1850s, the Nga Puhi, a rival tribe, supported the British colonization of other Māori by raiding tribes and taking their lands. (As a result of these attacks, they are the largest iwi left in New Zealand today.)

My family was part of the Ngati Maru tribe, which had extensive territory in Thames and a subcamp in Mangawhai. As the story goes, one evening, when the men were away from the Thames community, the Nga Puhi conducted a deadly attack on the women, children, and elderly who remained behind. Two of the chief’s daughters escaped, along with a few others, but everyone else was slaughtered. The few survivors of the attack — including my great-great-great-grandmother, Te Mapihi — trekked to Mangawhai at night, where they sought refuge.

For generations after, Te Mapihi and her surviving sister’s descendants would wake their children at night to practice “seeing in the dark,” just in case. My own mother, Te Mapihi’s great-great-granddaughter, in the safety of 1980s Australia, where I grew up, continued this tradition, in case we ever needed to flee in the middle of the night. I didn’t realize until I was older that not all children had such training, and that not every child prepared for a possible genocide.

On both sides of my mother’s family, the threat of becoming a target of violent hatred was real. This, to me, is a story that interweaves with my Jewish and Māori heritage, rather than being an odd mix. I come from two cultural groups that have endured displacement and genocides — both understand the need to stand up for themselves, and not expect Western governments to look after them.

In 1911, Te Mapihi’s daughter, Lillian Pirimona, married Joseph Francis, an Assyrian Jewish migrant from Lebanon. As the laws in Lebanon in the late 1800s made life increasingly difficult for Jews and Assyrians, Joseph, as a preteen, left Lebanon for New Zealand. His uncles were headed there in search of opportunity, and his mother asked if he could accompany them.

In New Zealand, he worked on gum farms and eventually married into Lillian’s prominent Māori family. I can see why my great-great-grandparents gravitated toward each other. I imagine they were kindred spirits, existing on the outskirts of white society. Both had experienced the generational trauma of invasion and lives interrupted.

Not having much of a family in New Zealand, I can only hypothesize that, for Joseph, his new large Māori family was a welcome support network. Like the Jews, Māori have a powerful idea of the family being the central aspect of life. I love the symbolism of a new immigrant marrying into an indigenous community, staking a real claim in his new home, producing children who were a mix of his old world and a bright new future.

For the Jews and Māori alike, each child, grandchild, and so on, is a triumph over those evildoers who deem one group more deserving of life than another. As a mom, it is important to me to continue my Māori and Jewish lines. I have two sons: One is the spitting image of Joseph Francis, and my other, although light-skinned, has very Māori features. We live in Sydney, Australia, but I’ve taken my children to New Zealand and Israel in an attempt to instill pride in their heritage. They have a strong sense of both cultures, and I feel like I’ve done my ancestors on both sides proud.

When Waititi dedicated his Oscar to all the indigenous kids out there, I felt a little teary, as if he was speaking to my boys directly. (“I dedicate this to all the indigenous kids in the world who want to do art and dance and write stories,” he said. “We are the original storytellers and we can make it here, as well.”) Being mixed race but presenting as “white,” I’ve been subject to casual racism more times than I’d care to remember. I’ve been in awkward situations when people have expressed negative stereotypes about Māori and Pacific Islanders. I generally let these people dig a large hole before saying, “Wow, that’s so interesting. Did you know two of my great grandmothers were part Māori?” The only other time I’ve seen people backpedal as fast is when they’ve shared anti-Semitic tropes with me, and I reveal that I have Jewish heritage. This happens less to me, as people expressing racist views about Māori will usually follow up with, “I thought you were Jewish or Italian or something.” As if that makes it better.

Sadly, Lillian died during the birth of her third child. Joseph remarried a white woman, and he stopped identifying as Jewish and presented himself to the world as a Lebanese Christian. My journey back to my Jewish identity has been more challenging than staking my claim in my Māori community. Maori heritage does not go through maternal or paternal lines, and no matter how diluted it might be, you are still considered Māori.

But the more I learn about these parts of myself, the more I realize they are incredibly similar, despite the Middle East and New Zealand appearing to be worlds apart. Jews have been exiled from their homeland, with intricate diplomacy leading to them achieving statehood in Israel. Māori have been involved in a fight for land rights and compensation. Last year, I voted as a member of the Ngati Maru iwi to receive monetary compensation for programs to keep the culture alive and an apology from the government. This was a proud moment for me. Much like people question the legitimacy of Israel, I am sure there are parts of New Zealand society who don’t understand why this acknowledgment of being wronged is so essential.

Rarely do I see myself reflected anywhere in society with my ethnic mix, which makes Waititi’s win — and his moving acceptance speech — all the more special. Like Waititi, I come from survivors who have survived genocides and displacement, from warriors across the globe. All of this is entangled in the rich tapestry of my DNA — and his, too. His Oscar win is extra sweet for Māori Jewish families like mine.