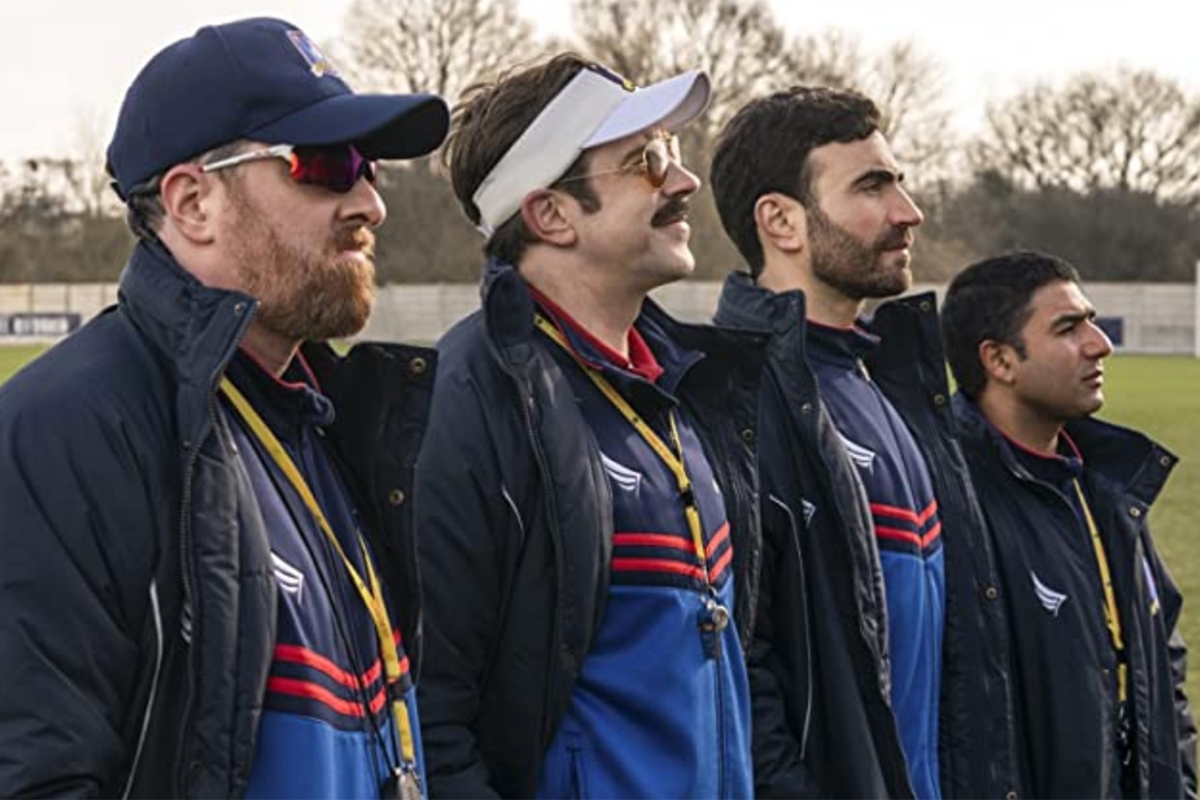 Judging from the memes going around on social media — sadly, the full extent of my socializing these days — it seems like we’re all feeling overwhelmed lately. As someone who, you know, believes in science, Covid’s longevity combined with my four youngest kids’ lack of vaccination eligibility has got me alternating between being depressed and super anxious.

The extended lack of normal life isn’t floating my boat, either, to be honest: I miss carefree indoor gatherings, vaccines being seen as a good thing, and not worrying every time my kid says someone was absent from her class at school. And now I hear we’re on the verge of another toilet paper shortage (no, really). As the millennials say: I. Just. Can’t.

As any therapist worth her not-covered-by-insurance-session will tell you, you can’t control everything — you can only control your reactions to things. Well, maybe that’s why I failed out of therapy multiple times. Because, especially now, I really cannot control my reactions to things. I lie awake at 3 a.m. in existential despair. I worry about myriad things that range in import from the demise of democracy, the rise of antisemitism and climate change, to my second grader’s social life and whether or not I remembered to order school lunches for my children. I am proud of myself that I am still capable of seeing that climate change, antisemitism and democracy’s demise are more important than school lunches, but my kids do still have to eat, and they seem to expect food every day. It’s relentless.

I’m just so damn tired. I’m tired of the people who are pretending Covid is over, and I’m tired of PCR tests and masks. I’m tired of idiocy online, and I’m tired of not having the outlets of release and relief that I used to have, like a casual night out at a friend’s house or planning a vacation. I’m tired from a month of endless Jewish holidays. If I’m being fully honest, I’ve been tired since at least 2016 —  possibly longer.

I’ve taught myself to move away from using alcohol and food as comfort and coping mechanisms — and, as a mother of six kids, that was no mean feat. I’m a law-abiding kind of girl who is scared of every drug, so those aren’t options except for my main man, melatonin, with whom I’ll never break up even though he dumps me every night at 2:45 am. (I always come back for more.)

So, with all this as background, it’s time to listen up, whomever, because I feel way more strongly about this than I should: I need my “Ted Lasso” to remain pure.

“Ted Lasso,” for those of you who don’t yet know, is an endearing Apple+ series that stars Jason Sudeikis as Ted and the unlikely premise that he, an American with no knowledge of soccer whatsoever (“football”), is hired from across the ocean to shepherd the underdog English football team AFC Richmond. The show centers around the characters that make up this unlikely band of brothers, from Ted to team psychologist Doctor Sharon (Sarah Niles) to up-and-coming star player Sam Obasanya (Toheeb Jimoh)  to team owner Rebecca (Hannah Waddingham).

The first season of the show was magical in its unexpected lightheartedness. It was genuinely fun and carefree. Having lived in England and successfully avoided becoming a football fan, I had no desire to revisit it — and yet, a few episodes in and I was hooked, just like how Ted himself wears down suspicious folks’ defenses with his Midwestern charm, relentless positivity and absurd aphorisms.

Much has been made about the backlash to the current, second season, but I’m not part of that backlash — I still love the show. Yes, there were a few episodes this season (Christmas and Beard-night-out, I’m looking at you) that seemed unnecessary, and I wasn’t as moved by some plot developments (“Rick rolling”) as others have been. But that is perhaps because, like many of you, the past few years have really done a number on me, and some of my feelings may just be broken.

So this is why, when last week’s episode went off the rails with a few betrayals and possible imminent break-ups — no more spoilers than that, I promise — I was like, OH NO YOU DIDN’T, “TED LASSO.” Yes, I am aware that betrayals and break-ups are conventional plot devices of television shows (and, in fact, all kinds of narratives). And I’m aware that, in regular times, absolutely no one would want to watch a show that, just like Ted’s famous shortbread, is simply a sweet, sugary confection. Well, guess what? These are not regular times, my friends.

In my life right now, I just need one fucking thing (to be said in the voice of my favorite guy, fucking Roy Kent, played by fucking awesome Jew and writer Brett Goldstein) to be unadulteratedly fun and funny and silly. One fucking thing! And I need that one thing to not be something like “exercise” — not only because I’m so damn tired, but also because please, don’t make me multitask. (As Roy would say, “PISS OFF.”)

You know what I need right now? I need something entertaining in my life that is pleasant and nice, without murders, intrigue or explosions. Yes, “Bluey” fits the bill — but, to be honest, I hear the theme music in the shower and in my dreams, and I’m a 48-year-old woman who should not have to look to an Australian show for children about an animated dog family for my happiness.

Just in the same way that I expect my doctor to be gentler and nicer to me when she has her hand up in my privates, I expect my “Ted Lasso” time to be free of unresolvable strife. In fact, as I write this, I’m realizing that I’m basically relying on “Ted Lasso” for all of my emotional stability right now. As unhealthy as that may sound, the Apple+ series is the only show that can put me to bed with a smile on my mental face. In those 42 minutes or so of “Ted Lasso” time — unlike literally the entire rest of my life right now — I know that I am safe. Perhaps these expectations are, arguably, an unfair burden to place on a TV show. Especially one whose season ends this week. But I cannot possibly cope with that particular reality right now, and I refuse to even discuss it.

I hope the creators of “Ted Lasso” — yes, including you, Brett Goldstein — appreciate the pivotal role you’re playing in my mental health right now. As we know from Spider-Man, with great power comes great responsibility. (Also, I viewed it as mean, spiteful and petty that you did not show us the team’s entire “Bye Bye Bye” dance number. I hope that isn’t a hint of the sadism that is to come with the season finale this coming weekend.)

All we can do in these difficult times is be kind to ourselves and to one another. “Ted Lasso,” be kind to me. That is all I ask.