The 'Are You There God? It's Me Margaret' Movie Has a (New) Release Date – Kveller
Skip to Content Skip to Footer

The ‘Are You There God? It’s Me Margaret’ Movie Has a (New) Release Date 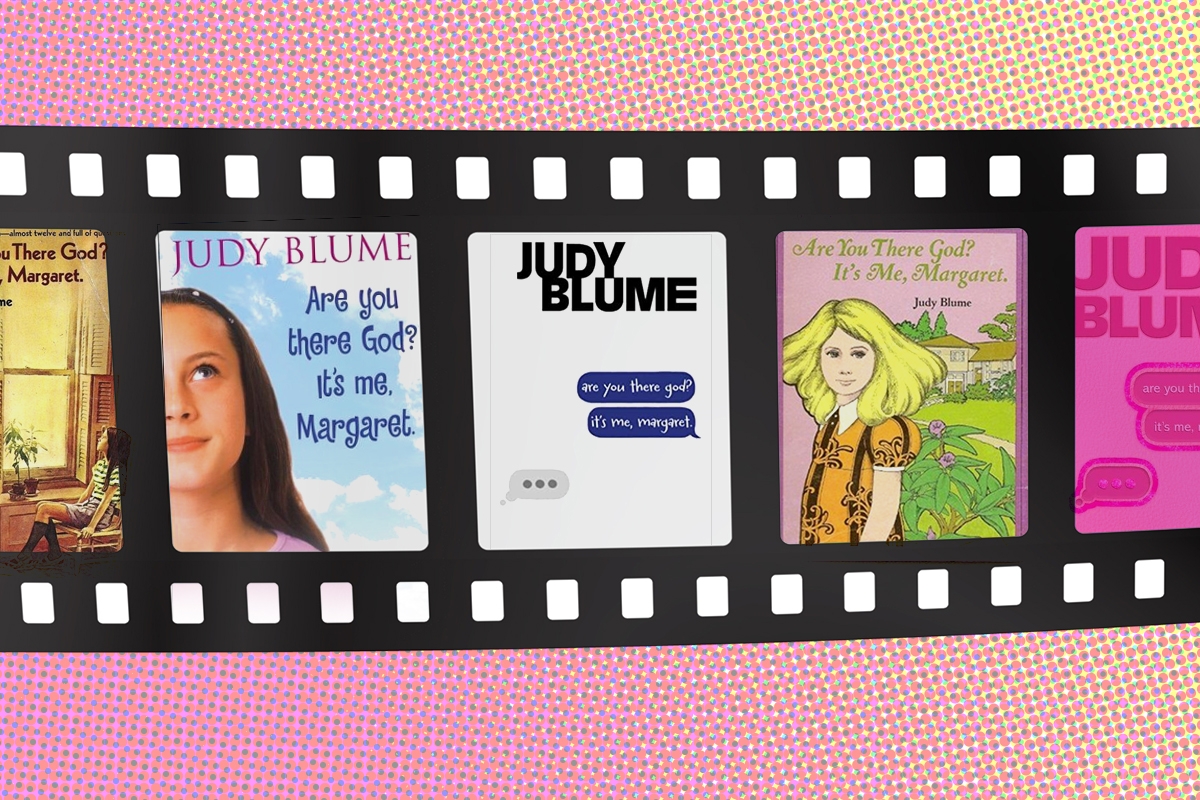 Editor’s note: This piece was originally published on February 7, 2022 — it has been updated with the new release date.

We have been waiting so long for the exciting new “Are You There God? It’s Me Margaret” movie to come out, and we will have to still wait a bit longer. The film’s original official release date was September 2022, according to Deadline — but the release has now been pushed back to April 28, 2023, which means we, unfortunately, have quite a wait ahead of us.

The movie wrapped production back in July of 2021, and it honestly looks like it’s going to be worth the wait. It will feature an exciting, young, diverse cast, as well as some amazing veterans.

Oscar-nominated Rachel McAdams will play Margaret’s Christian mom, Barbra. Kathy Bates will star as her Jewish grandmother, Sylvia (do we wish this was a Jewish actress? Maybe. Can we really ever complain about Kathy Bates? Not really). And Jewish director (“Uncut Gems”) and actor Benny Safdie will play Margaret’s Jewish father, Herbert Simon.

The young and very talented Abby Ryder Fortson, who plays Paul Rudd‘s daughter in the “Ant-Man” franchise, will play Margaret.

Kelly Fremon Craig and James L. Brooks, the team behind the coming-of-age film “The Edge of Seventeen,” are helming this project. And honestly, if this movie is as wonderful as that one, we have a lot to look forward to.

If you haven’t read the iconic Judy Blume book (do it!) the movie is adapted from, it tells the story of 6th grader Margaret as she navigates puberty and faith while her family moves from New York City to the New Jersey suburbs.

Despite the fact that her interfaith family doesn’t practice any form of organized religion, Margaret talks to God frequently and is curious and conflicted about faith. Her loving Jewish grandmother, Sylvia, tries to gently push her towards Judaism, while her maternal grandparents are estranged from her mother because she married outside of their Christian faith.

Blume and her books have been trending on social media lately following a conversation about banned books, including a Tennessee school board’s ban of the nonfiction comic “Maus,”  which tells the story of how author Art Spiegelman’s father survived the Holocaust.

In the decades since its publication, “Are You There God?” has often made it to the top of lists of banned and restricted books for its frank and irreverent depictions of religion, puberty and sexuality. It’s not the only one of Blume’s books to have faced controversy: “Forever,” “Blubber,” “Tiger Eyes” and “Are You There God?” have all made it to the top 100 list of banned and challenged books in the U.S. between 2000 and 2009.

Banning “Are You There God, It’s Me Margaret” by Judy Blume is about one thing – keeping girls and young women ignorant and shamed.

When young women have access to age appropriate, accurate information about their own bodies and sexuality they are empowered.

Blume, who, fun fact, has recently received the truly incredible honor of having a New Jersey state rest stop renamed after her, is a frequent speaker against censorship. “Censors don’t want children exposed to ideas different from their own. If every individual with an agenda had his/her way, the shelves in the school library would be close to empty,” she writes on her website.

One thing is for sure: Her books, and ideas, are still filling our bookshelves, and remain so beloved. Hopefully, this upcoming movie will help expose a whole new generation to the wonder that is Judy Blume. We can’t wait.

Judy Blume is the best. That's it. That's the tweet.