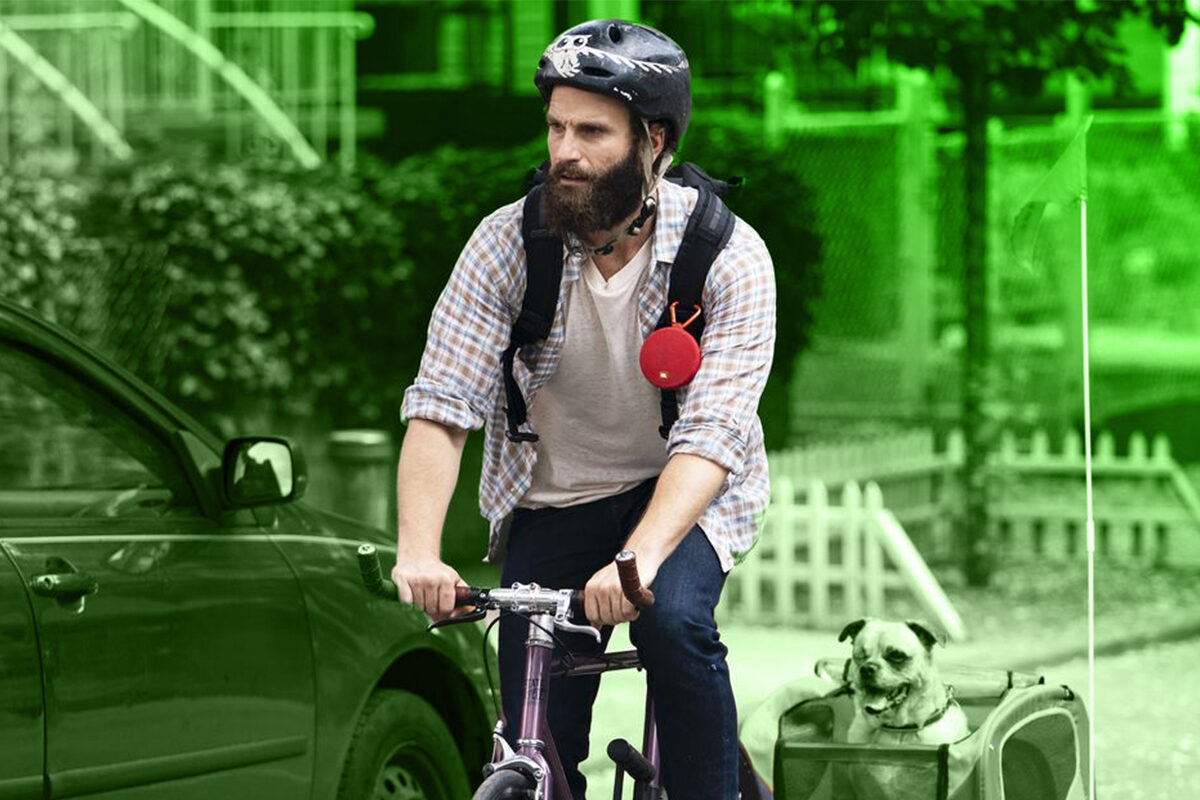 It was the 532nd night of quarantine, or so it seemed.

After a family bike ride, showers for all, two episodes of Superstore — insert eye-roll here — and endless snacks, the kids were finally asleep for the night. And so, it was finally my turn to grab the remote, and my husband and I settled in to watch the last few episodes of the fourth season of one of our favorite shows, the HBO series High Maintenance.

In case you are not familiar with this fantastic show, High Maintenance is a web series-turned-HBO-hit created by previously-married couple Ben Sinclair and Katja Blichfeld. It’s a series of loosely connected vignettes that follow an unnamed marijuana dealer, played by Sinclair — known simply as “The Guy” — in his travels and travails across New York City. This season has taken a remarkable artistic turn, with many of the episodes turning cinematic in scope, and they’ve really upgraded the diversity of cast members and perspectives throughout this 10-episode season.

The final episode — which premiered right before this pandemic Passover — was about Hanukkah. (Sinclair is Jewish IRL and so is his character.) My colleague, Molly Tolsky, wrote about the episode so beautifully, but I didn’t read her piece at the time because I didn’t want any spoilers. (And now I am warning you, if you want to avoid spoilers, stop reading!) Between homeschooling and work and hours at the computer jockeying for an Instacart delivery slot, I knew we’d watch it… eventually.

This past weekend, we finally did. I won’t go into all the details here, but the touching and super-Jewish episode — which is ultimately about mental health, “brokenness,” and self-acceptance — ends with an incredible reveal: The Guy and his niece, Ilana, say farewell to each other at the airport. As Ilana boards her flight, she says, “Bye, Uncle Rufus!”

At that point, my head just about exploded.

“Rufus?!?” my hubs and I exclaimed simultaneously. Could that actually be The Guy’s name? To me, he seemed every bit the “everyman” Jewish guy — a Josh, perhaps, or maybe an Adam.

“There are NO Jews named Rufus,” I added with certainty.

Or are there? Ever the intrepid reporter, I immediately went to the internet to find out. Like any good Jewish journalist — as well as, er, any committed neo-Nazi, if we’re being honest — I Googled “Rufus” and “Jewish.” And, lo, this is what I learned, courtesy of the Jewish Virtual Library:

“RUFUS OF SAMARIA (c. 100 C.E.), earliest Jewish physician and writer on medicine whose name has been preserved. Recent studies indicate that Rufus was the first Jew to write commentaries in Greek on the works of Hippocrates. According to the German scholar Pfaff, Rufus of Samaria was a learned and wealthy Jewish physician who emigrated to Rome from Samaria. It is possible that he changed his original Hebrew name to the Latin name Rufus because of its similarity in sound to rofe, the Hebrew word for physician.”

Rufus was the name of an ancient Jewish physician??!?!? My mind just about exploded again: for sure this was no accident. After all, The Guy — Rufus! — while definitely not a doctor, is most certainly a healer. He brings his laid-back, positive vibes to just about everyone he encounters, and cannabis, as we all know, has countless medical applications, including pain relief, reducing nausea, and reducing the symptoms of certain mental health conditions.

Incredibly — some might call this bashert — there’s brand-new evidence of cannabis among ancient Israelites. Recently, archaeologists working at a 2,700-year-old temple in Tel Arad in Israel’s Negev Desert discovered what is likely evidence of ritual use of the drug. “Weed traces” were found on an altar at the temple, according to Haaretz’s report on the study, published in May in Tel Aviv: Journal of the Institute of Archaeology of Tel Aviv University. “The cannabinoid substance was likely burned to deliberately get worshippers high on the drug’s psychoactive compounds, researchers have concluded.”

Well, at this point, whatever bits of brain that were still attached to my head shattered into a million pieces. Perhaps Rufus the Jewish doctor even partook in these cannabis-based rituals, or maybe he prescribed them to his patients? (OK, yes, Rufus wasn’t necessarily alive or anywhere near this particular ancient site, but this possibility is certainly fun to think about, particularly if you enjoy a bit of cannabis, too.)

As it happens, aside from the ancient physician, there’s another high-profile Jewish use of the name: The writer and historian Rufus Learsi, who was probably best known for his amazingly comprehensive books A History of the Jewish People — a 726-page book published in 1949 that, according to the New York Times, covered “4,000 years from Abraham’s pilgrim­age from Chaldea to the estab­lishment of the State of Is­rael” — and The Jews in Amer­ica: A History, published in 1954.

Rufus Learsi was actually the pen name of Israel Goldberg – “Learsi” is “Israel” spelled backwards, and he allegedly chose “Rufus” because of the Latin meaning of the name: red-haired. (Rufus the author was, in fact, a ginger — notably, Sinclair, who plays The Guy, is not.)

So what are the takeaways from this, aside from demonstrating I had some serious time to kill after binge-watching this show? I can point to three important conclusions: cannabis is an incredible plant, High Maintenance is a truly excellent series, and from now on we’re going to consider Rufus a decidedly Jewish name.