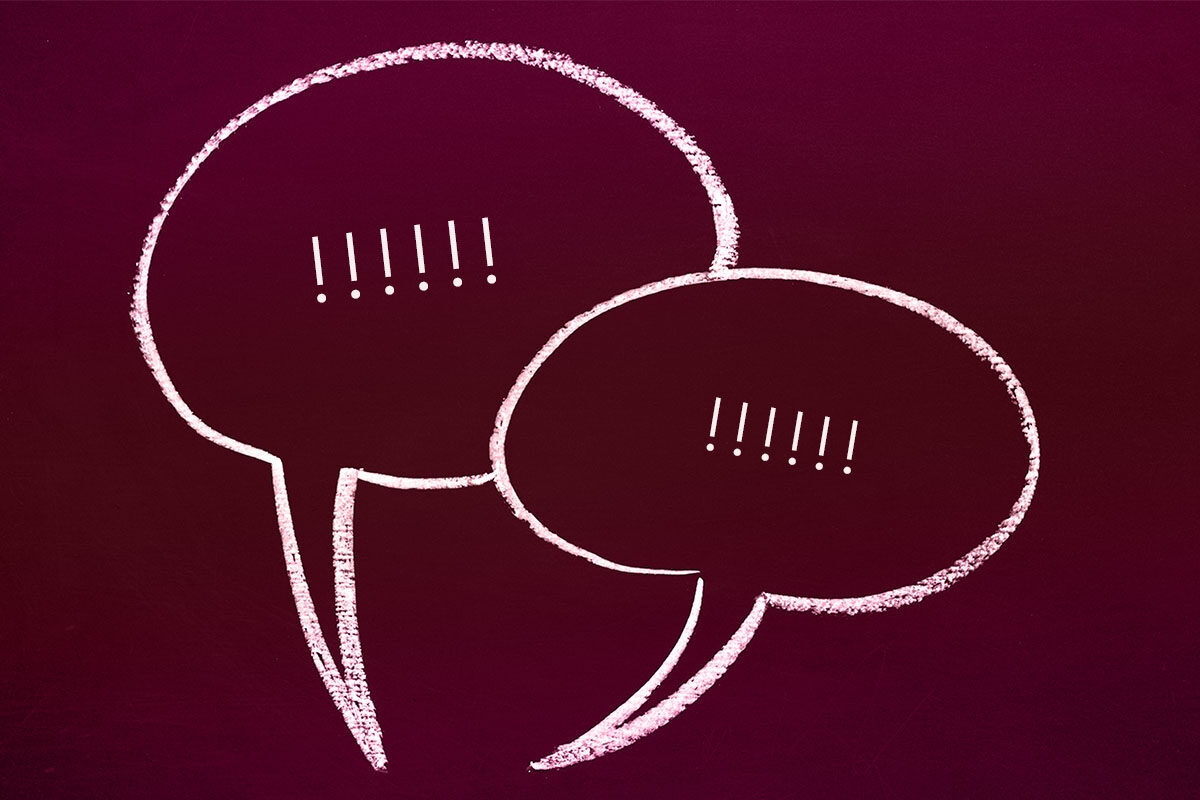 In 2016, I wrote a post for Kveller explaining that, while I never fear school shootings because I know how statistically unlikely they are, I worry about my biracial kids being shot by cops every time they step outside the house.

In 2020, in the wake of the George Floyd murder I, once again, shared the piece on Facebook and Twitter. The pushback came fast and furious.

The main point of contention was this passage:

My husband has taught our sons how to appear unthreatening. Keep your voice down. Never run. And if a cop tells you to do something, you do it. You don’t ask questions. You don’t debate the legitimacy of their command. You do not, under any circumstances, reach into your pocket for your copy of the Constitution.

Some of the negative comments I received I’d expected: “How dare I besmirch our brave men in blue?” I also received its counterpart: “This is behavior every child should be taught. #AllLivesMatter.”

But the real vitriol came in two parts:

1. By writing the above, some readers claimed I was blaming the victim. I was insinuating that if all Black men were taught to appear unthreatening and follow police edicts immediately, they wouldn’t have ended up with a knee to their neck.

That one surprised me. I’m pretty sure I didn’t say that. One of the main things I’ve tried to do in my articles through the years is to write about what *I* believe and do — not what *you* should believe and do. (In fact, doing a word search on the post, the word “you” only comes into play when I’m talking about directives my husband or I give to our children, never as a directive to others.)

And then there was…

2. By raising my children in such a manner, it’s my husband and I who are responsible for the turmoil raging in our streets right now.

If we’d empowered our children to fight back, my critics charge, if we’d instructed them to call out police brutality, if we didn’t tell them that cops should always be obeyed, then police officers would not feel entitled to beat whomever they wanted, whenever they wanted. Apparently, my husband and I are terrible parents and role models — not just for our own children, but for all Black and Brown children everywhere. (Now insert a couple of four-letter words and slurs, and you’ll have pretty much the gist of the feedback I received last week.)

But here’s the thing: I was born in the former USSR, and my parents taught me pretty much the same thing about dealing with the authorities. Prior to immigrating to the U.S. in the late 1970s, I was well aware that those with power could do anything they wanted to those without, and the best way to stay safe was to keep your head down. Don’t engage, definitely never provoke, keep off their radar, and you just might avoid a trip to Siberia.

To be clear, my husband and I disagree on quite a few things — whether or not a hood is a hat, for example, or if kids should be paid for doing work we’d otherwise need to hire someone else to do — often loudly, and in front of our children. Most recently, when our 16-year-old middle child was trying to more fully understand the current situation, I told him to look up the Watts riots of 1965, when a traffic stop escalated to property destruction and violence.

My husband countered that the Watts riot (and the subsequent looting in the Bronx during the New York City blackout of 1977) were of a different nature —  a better analogy, he said, would be the Seattle World Trade Organization protests of 1999, where it was white people leading the violence. A few months earlier, when the same child asked whether I agreed with something his father had told him, I admitted that no, I didn’t. But I also stressed that I didn’t grow up as a Black man in America, so I couldn’t argue with him on that score. He felt what he felt as a result of what he’d lived.

I don’t always agree with what my husband says, but this is a case where my husband has life experiences that I don’t — ones that are relevant to what our children face, and will continue to face, in their lives as African-Americans. Under the circumstances, I am going to yield to his life experiences.

I will listen to the man I chose to marry and have children with — over the chastisement and abuse of total strangers on the internet. (I guess I’m kinda funny that way?)

Over the past week, my husband, like so many, has been simmering with anger. Our eldest, who’s 20, is so unsettled he’s turned off social media! Our 16-year-old is trying to intellectualize his way through with logic, asking question after question, disappearing into his room for hours to think it over, then popping out at unexpected times with a follow up. Our youngest is dreading the inevitable 7th-grade class discussion where she will be asked to speak for all of Black America. Her school has already scheduled a meeting about the unrest; she knows she’ll be expected to share, so she is literally preparing her remarks in advance. Her oldest brother is helping her. He knows what it’s like to be in her position.

My daughter came into the room as I was writing this post. She looked at the working title — “How My Family Is Talking About the George Floyd Murder” — and said, “We haven’t been talking about this.”

I looked at her, confused. “What do you mean? We’ve been talking about this non-stop for days.”

“Oh,” she said, “But we’re always talking about these issues. This isn’t anything new.”

She’s right, of course. This — sadly — isn’t anything new for us. We’re always talking about race, about poverty, about anti-Semitism, police overreach, educational inequality, overstuffed jails, differing life expectancies, and how Covid-19 has hit poor, minority communities the hardest. It makes perfect sense that she didn’t notice anything different when we switched to speaking about George Floyd, because the general tenor of discussion stayed much the same as it was before this particular incident, this particular response, this particular president. There is nothing new here to discuss… And yet we keep discussing it anyway.

Are we doing it perfectly? I doubt it. Will we make mistakes along the way? I’m pretty sure of it. (As my mother helpfully says, “Don’t worry, any choices you make for your children, you’ll be wrong.”) But will my husband and I ultimately do what we think is best for our children based on our life experiences and expectations for them? I think so.

I will follow my husband’s lead on this issue, just like he follows mine on others. We will take it one day at a time, and we will never stop teaching our children that there is more than one narrative to any situation. Ultimately, if we do our jobs right, it will be up to them to sort through all the noise and decide what they believe, and how they want to live their lives, no matter what critics on the internet might think.