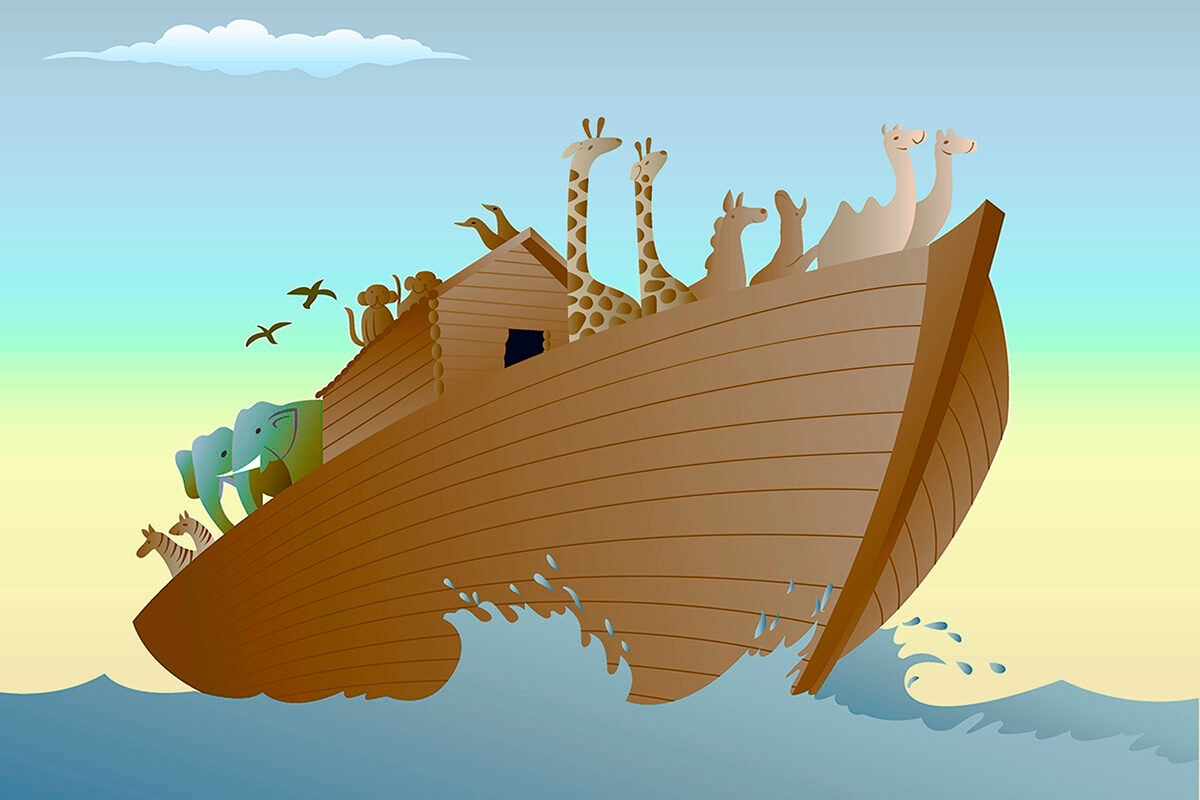 Today was fine. It was fine and I am fine and my family is fine and if I keep telling myself that things are fine, they will be. Right?

Parenting used to be an ideology. I believed that with enough love, calm, and quiet talking, plus adhering to parenting books, living by example, and pretending to be an adult, my children would grow up to be well-rounded people. I had plans, lists, and even boundaries. There were certain milestones that I expected to hit, like sending my children off to preschool and kindergarten and taking them to swimming lessons.

I had this image in my head of who I could be for them: patient, warm, mindful, sane. (Think Instagram-worthy careerwoman-supermom.) My children were supposed to get a carefully planned menu of whole grains and vegetables. They were supposed to soak in books and experiential interactive Jewish learning. They were supposed to have limited screen time. (I was always so proud to not have a television.) And, the limited amount that they would receive would be carefully curated for the very best educational content.

Of course, life rarely goes according to plan. Even less so in the year 2020.

The beginning of the new school year in Israel got off to a rocky start. The country, prematurely euphoric after a spring lockdown, unsuccessfully tried to open up the education system. Within two weeks — weeks that were laced with absent and quarantined teachers and outbreaks all around — the education system was abruptly cancelled, again, at least until after the High Holiday season. Pools were closed, too, and it was still too hot to breathe.

Instead of stability, they got overworked, underbathed, exhausted, “go-cover-yourself-with-a-bottle-of-paint-but-be-careful” parents. They received a well-balanced diet of Daniel Tiger repeats (who knew that you could watch the same episode 30 times?), plus eggs, tuna, and Bamba all day, every day. They also had more chocolate than I knew that we had in the house. They got buckets of laughter and tears and theaters-full of imagination mixed together with failed Zoom lessons. There were more bodily fluids and emotions to clean up than ever before. My 2-year-old son potty-trained while my 5-year-old daughter developed new forms of independence and creativity. They also witnessed stress-induced adult-meltdowns and marital tension. In a nutshell: pandemic parenting.

Still, there have been highlights. In one of those precious, picture-perfect moments, we sat down on the couch, cuddled up after a bath (which, yes, was preceded by tears about not wanting to bathe) to read a book. It was about Noah’s Ark, and my daughter turned to me and said in her sweet, matter-of-fact voice, “Ema, don’t you think that it was stinky and loud with all of those people and animals stuck in one place? Do you think that it was hard for them not being able to go outside? Do you think that they got sick on that rocking boat and vomited?”

I smiled and nodded “yes,” with tears in my eyes. Yes to her questions and to her curiosity. Yes to her intuition and crisp grasp of reality. Yes to her growing up despite — or in spite of — the world around her. Yes to Noah’s difficult reality, and more so, ours. Yes to the stink and vomit. Yes to it all and more.

The story of Noah’s Ark, the age-old (and not-so-family-friendly) Biblical classic that coincides with this week’s Torah reading, clearly describes the events that took place outside of the ark. “All existence on earth was blotted out — man, cattle, creeping things, and birds of the sky; they were blotted out from the earth. Only Noah was left, and those with him in the ark.” (Genesis 7:23) But this isn’t just about the ark. In short, the whole world falls apart, and Noah and his family are inside with nothing to hold onto, besides for each other and life itself — and even that would never be the same again.

Re-reading the story of Noah at this unprecedented moment felt eerily familiar. Thinking about our current reality, I contemplated what happened to Noah and his family on the ark? What lines were crossed? What traumas were woven into the threads of humanity? What moments of holiness and love were exchanged? The stories of what happened within this floating prison of safety are untold. But I have a sense that, in this abyss of the unknown, Noah and the lone survivors of the end-of-the-world were forced or, rather, traumatized into a leap of faith. It was, quite literally, sink or swim. Noah willed himself into being fine — and so it was.

In our current flood of emotion, anger, and uncertainty, there seems to be no other option than, like Noah, to will ourselves into being fine. Yes, expressing such sentiments comes from a place of privilege. Unlike so many across the globe, who are victims of scourges like poverty, homelessness, and systemic racism, my family is doing fine. We are healthy, we have a roof over our head, clothes on our backs, and food in the cupboards, plus internet access and entertainment for our kids. Life today has its endless challenges, but we are blessed.

When Noah and his family (along with all of the other surviving creatures) finally disembarked from the ark after months of crammed uncertainty, the first thing that they do is build an altar to give thanks to God.  They could have yelled in terror or cried a flood-full of tears, but they didn’t.  Instead, they give of themselves when they have nothing left to give. Their answer is gratitude, and God’s answer is reestablishing a renewed covenant of faith and trust between the Almighty and life on earth. After the flood is the dawn of a new day.

We have all lost order, socialization, the promise of safety, and the promise of tomorrow. But, we are all riding the waves of this storm together. When the waters calm, we will adapt, adjust, heal, and begin to mend the deep painful wounds, new and old. And, we will find a rainbow that reminds us that things will be fine.