The Wonderful Casual Jewishness of ‘Fleishman Is In Trouble’ 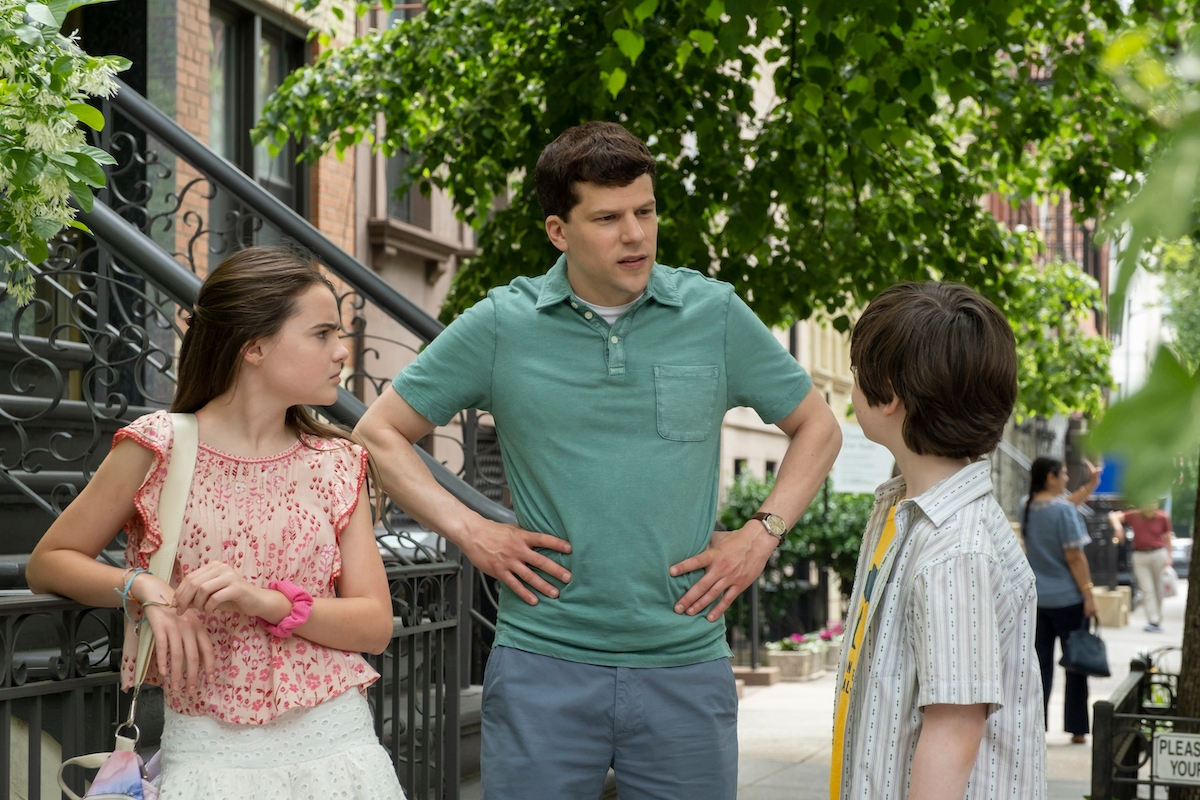 The first two episodes of “Fleishman Is In Trouble,” based on the best-selling book by Taffy Brodesser-Akner, are now available on FX and Hulu. And they do not disappoint.

The show stars Jesse Eisenberg as Toby Fleishman, a divorced doctor whose ex-wife disappears, leaving him alone with their two kids and sending him on a wild goose chase to find her — along with some of the hard truths about the dissolution of their marriage.

I’ve called “Fleishman Is In Trouble” the most Jewish show of the year, yet Jewish scripture and observance don’t make its way, so far, into the series. Toby doesn’t turn to God or to his rabbi in an effort to figure out his marriage, there are no Holocaust flashbacks, no grappling with core Jewish concepts like teshuvah. And yet, I still maintain that belief.

It’s up against shows like “The Patient,” which gave us such brilliant insight into tensions of Jewish observance and Jewish cantorial knowledge — but “Fleishman,” which takes place mostly in New York City’s Upper East Side (as well as the vacation homes of its rich residents), brings with it the specificity of a certain Jewish American existence — a New York one, and a privileged one, too — with an effortless kind of authenticity.

Jewishness makes itself into the conversations of its characters often, but in a way that would feel familiar to Jews who’ve had conversations with other Jews — not in a way that might signal itself as Jewish to outsiders. Toby often gets together with best friends Seth (Adam Brody) and Libby (Lizzy Kaplan) at a Jewish deli. Their friendship cemented in an exchange year in Israel, and their most prominent inside joke comes from a moment in which they were cursed while sitting at an Israeli market by an Israeli panhandler.

Meanwhile, the Fleishmans are planning their daughter’s bat mitzvah — in fact, she already knows her haftora months in advance. They send their kids to the very Jewish 92nd Street Y. And hearing Adam Brody’s character talk about jachnun will forever be one of my favorite TV memories.

In Toby we have the kvetchy Jewish dad that a lot of us know: the one who finds the glass half empty even when it’s overflowing. The one who feels like something is always owed to him, and that the universe is late with some of its payments. We also see a guy who is dealing with the age old “Nice Jewish Boy” complex — he’s a doctor! He’s a good dad! He isn’t threatened by an empowered women! He tells his kids to acknowledge their privilege! It’s this kind of framing of himself that gets in the way of him acknowledging the failings of his own ego and the ways in which toxic masculinity still shows up in his own habits.

And then there’s the cast. At the center of so much debate on Jewish representation right now is whether Jewish characters should be played by Jews — and it goes without saying that “Fleishman” has a very, very Jewish cast.

“I’ve never once been on a set with all Jewish actors—not once!” Caplan recently told Vanity Fair.

In fact, Adam Brody, Jesse Eisenberg, Josh Radnor (who plays Libby’s lawyer husband) and Lizzy Caplan are all Jews who have played recognizably Jewish characters in the past, yet this show has them playing some of the most explicitly Jewish roles of their career. That authentic casting does add depth to their performances. “In many ways, I identified with Libby more than I’ve identified with any other character I’ve played,” Caplan said. “It’s like the East Coast version of my West Coast Jewish upbringing.”

Rachel, Toby’s MIA ex-wife, is the only one of the central, Jewish characters who isn’t played by a Jewish actor. She’s played by Claire Danes — but in the book, Rachel is othered by the fact that one of her parents is not Jewish and gets the “you don’t look Jewish” treatment, even from Toby himself.

“Fleishman Is In Trouble” is not just a Jewish show. It gets at some deep universal truths about being human — about parenthood and motherhood and womanhood. But that’s actually why I love it — it’s an authentically Jewish work where being Jewish is just one of things its characters are — without it being a focus, or a foible.