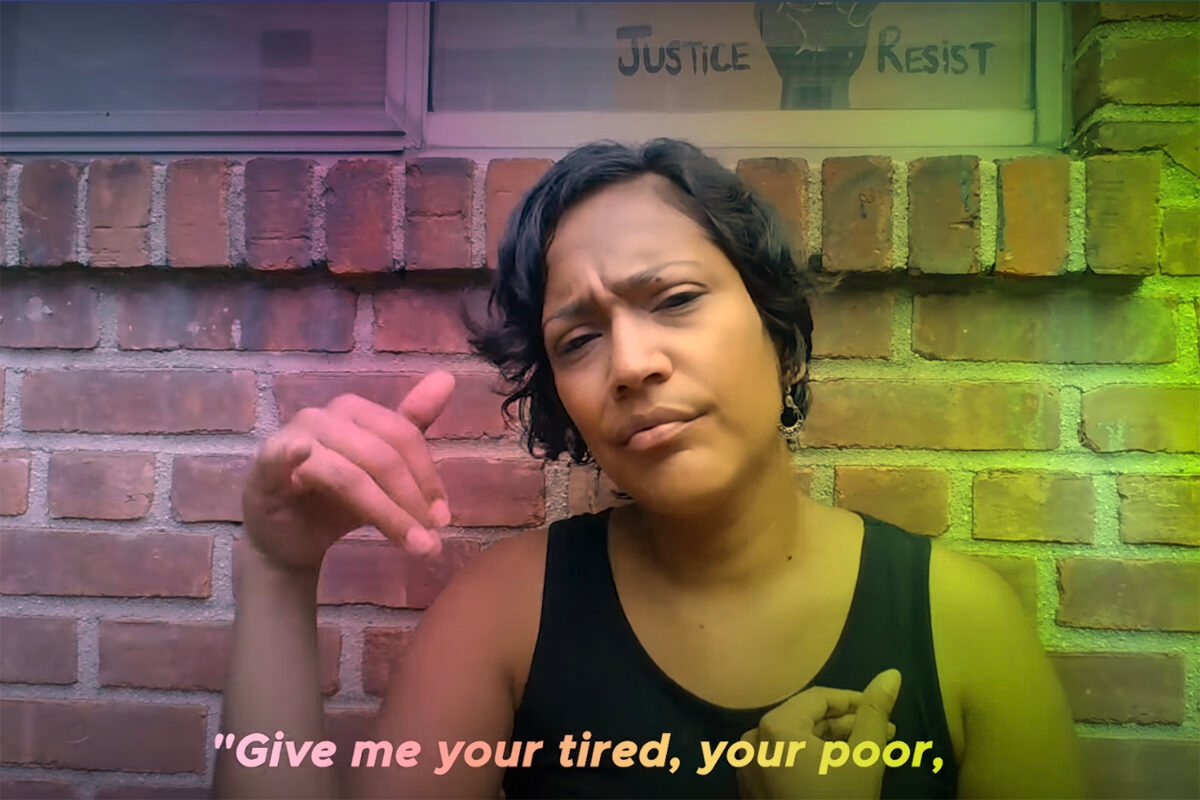 It’s been over a century since Jewish poet Emma Lazarus‘ iconic sonnet, “The New Colossus,” was inscribed on the pedestal of the Statue of Liberty.

On this recent pandemic 4th of July — not far from where the statue looks out over New York Harbor, inviting nations to “Give me your tired your poor/ Your huddled masses yearning to breathe free” — a diverse group of immigrants and their descendants recorded a moving, multilingual version of the poem.

Residents of New York’s 14th Congressional District, which spans from Queens to the Bronx and is one of the most diverse districts in the country, have recorded a powerful, socially distant version of the poem. The video, published by district Representative Alexandria Ocasio-Cortez, features verses read in more than a dozen different languages, from Chinese to Polish to Spanish to Hindi, American Sign Language, and Greek. It’s an amazing reminder of the wonderful diversity of this country — and the beauty of the many languages spoken in it.

Lazarus wrote “The New Colossus” in 1883, to raise money for the construction of the pedestal for the Statue of Liberty. The daughter of wealthy Sephardic Jews, her roots could be traced back to the first Jewish immigrants to this country. When Lazarus wrote the poem, she was working to help Jews in Russia escape persecution and come to America — the plight and the struggle of immigrants was always in her mind.

Many decades later, seeing this video of this beautiful poem recited in so many different  languages is incredibly moving and well worth a watch: