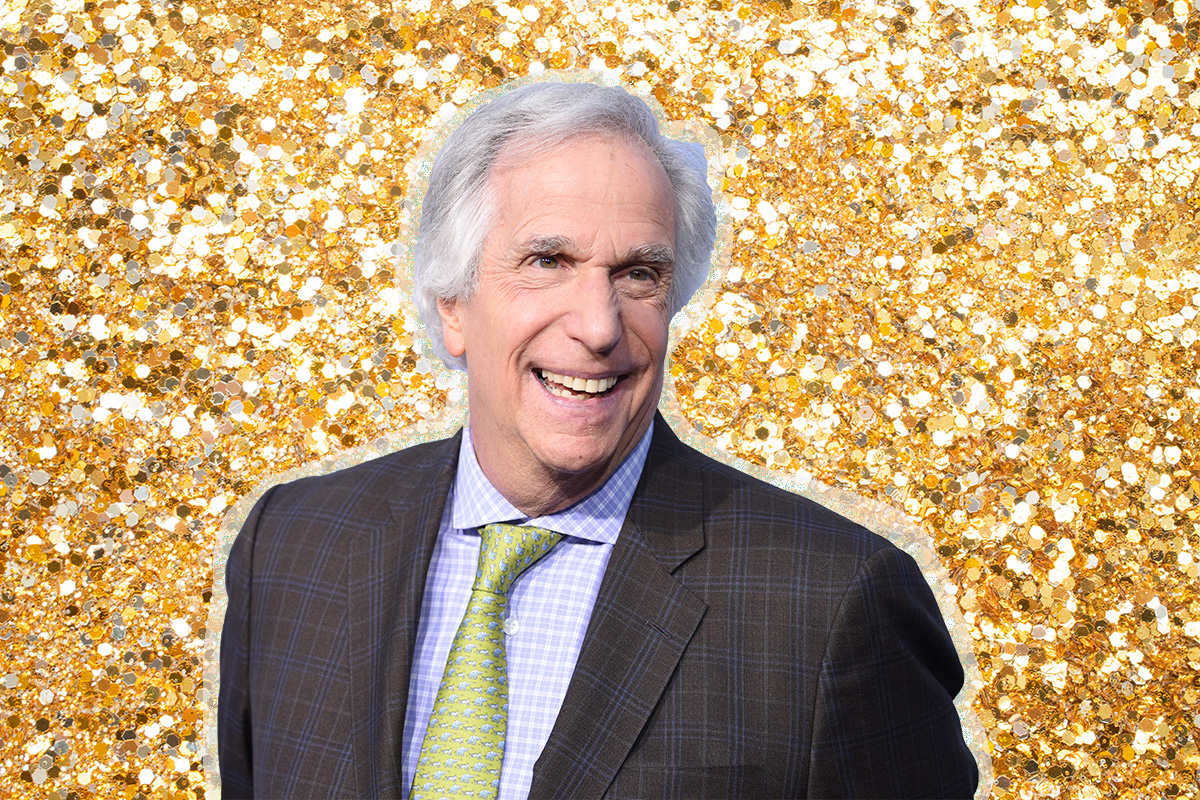 We know you might need a pick-me-up, which is why we’re happy to say a new video of Henry Winkler and one of his grandchildren just dropped! (OK, so it dropped this past weekend, but we were holding it for a time in which you need the salving balm that is Winkler being adorable with his progeny, and we think that time is now.)

As you may or may not know, Winkler, aka the Fonz, Gene Cousineau from “Barry” and Israel tourist extraordinaire, uses TikTok quite sporadically, but every time he shares a video on the social media platform he fills our hearts with joy — especially when he shared a video of himself dancing with his grandchildren back in January of this year. Winkler has three children, Jed, Zoe and Max, and six grandchildren, and it was his two older granddaughters, Lulu and India, who convinced him to join the social media app. “The girls said, Papa, you have to be on TikTok,” he said on the Kelly Clarkson Show about the video that now has over 13 million views. When Clarkson accused him of trying to twerk in the video, he happily professed that “if I get the chance I will twerk.” What an absolute icon.

A new video shows just how sweet Winkler is with his youngest granddaughter, Frankie, the daughter of his youngest son, filmmaker Max Winkler, and actress Jessica Barden. Barden recently starred in Netflix’s “Pieces of Her,” and she’s definitely proud of being a Jew. The Yorkshire-born actress even boasted that “the first fish and chip shop was actually owned by a Jewish man, so if you’re from Yorkshire show some respect, we weren’t the first to fry a battered fish.” She also recently posted a picture of her breastfeeding Frankie at Barney Greengrass, a beloved Jewish deli on New York’s Upper West Side, eating copious amounts of lox, and it had all our Jewish mom senses tingling.

Winkler recently kvelled to Kelly Clarkson about the fact that he and his wife were watching 6-month-old Francis Joan while her parents were on vacation. Winkler could barely contain his joy when recounting how “the last time that she was in our house, I fed her mushed banana in a spoon,” his faced brimming with pleasure, sharing that the moment “is in my heart. I tell you it makes me cry.”

Now, back to the super cute video in question. In it, Winkler holds the adorable Frankie and shares a very basic but very adorable song that he made up for her:

To make it even cuter, Winkler and his youngest granddaughter are wearing matching striped outfits — she’s in pink and he’s in blue. She’s very relaxed, lounging in his arms and sucking on a pacifier; it definitely seems like her grandpa’s arms are her happy place.

“Hi, I’m Henry and this is my granddaughter Frances and this is our apple song,” Winkler tells the camera before breaking out into song while bouncing the chubby, cherubic baby. “Apples are red and apples are green and some are yellow,” the lyrics go. He then whisper-asks Francis, “Right?” Our fact-checker confirms that this song is factually accurate, and also, like a good apple, very sweet.

It’s just further proof that Winkler is the best zayde — onscreen, in the new “Rugrats” reboot, and in real life.

On the Puberty podcast, Winkler said that he thinks the key to great parenting is listening, and he likes to stay within his daughter Zoe’s rules for her children when he’s with them. Honestly, we should all be so lucky to have a grandpa like Henry Winkler.

Hey Henry, if you feel like sharing any more videos of you and your grandchildren, we’re here for it, any day.