Henry Winkler Is Currently Having the Best Time in Israel 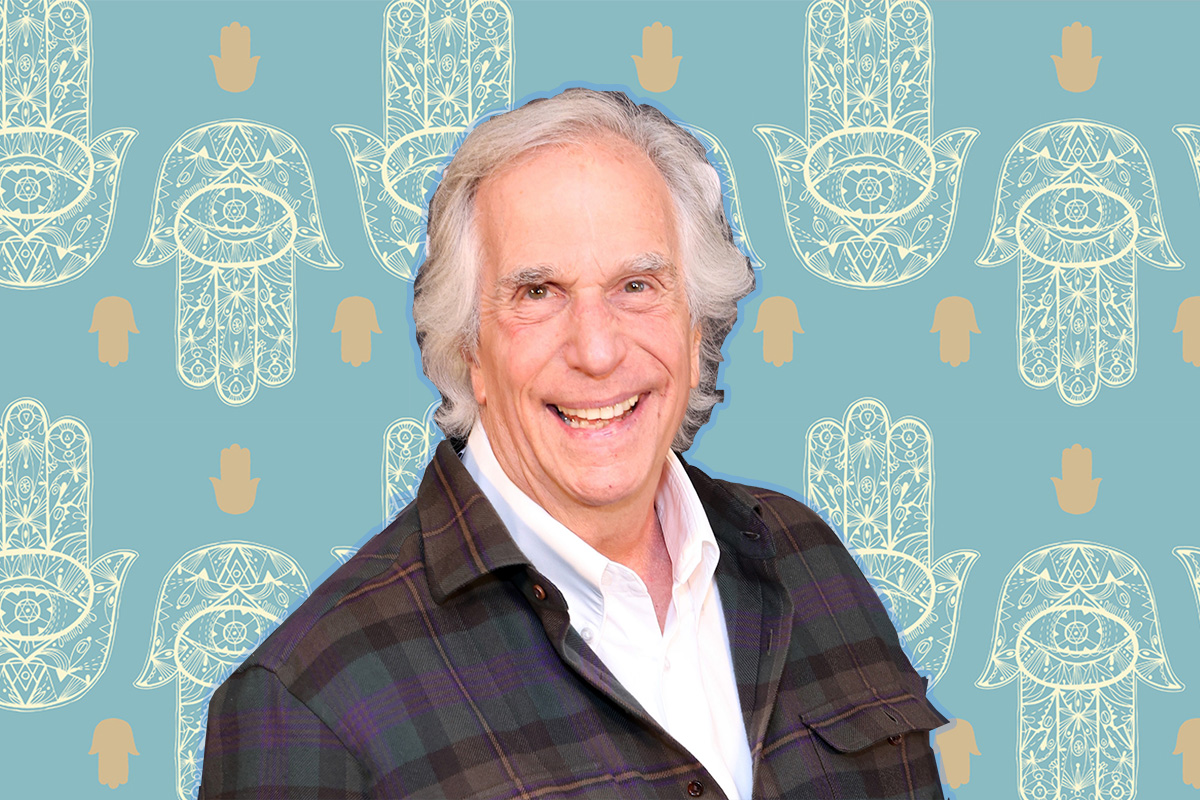 Henry Winkler, aka the Fonz, our favorite onscreen and offscreen zayde, a total mensch and the man with the dance moves, is currently visiting Israel to shoot his new show, “Chanshi,” and he is having the time of his life.

In case you haven’t heard the good news about Winkler’s new daring and very exciting Israeli show, “Chanshi” is about an American Orthodox woman who decides to make aliyah and has a sexual awakening, which involves, according to the show’s trailer, a lot of handsome Israeli soldiers. The show will premiere in Israel this year, and will hopefully get an international release soon, as talks are already underway.

Winkler will be starring in the show as Tatty, Chanshi’s Brooklynite Hasidic father, and by the looks of things, Tatty will be making a visit to the Holy Land along with his wife, Chanshi’s stepmom Babshi, who will be played by the inimitable Caroline Aaron (aka Shirley Maisel).

Winkler announced he was in Tel Aviv on Twitter this week with a somewhat confusing happy birthday message to Ron Howard. “Happy b day my good friend from Tel Aviv !!!” he wrote on Twitter, which had many followers questioning whether the famed actor and director was from the Israeli city. To be clear, he is not, but Winkler’s wishes were tweeted directly from Tel Aviv. (Winkler also later tweeted just the symbol “@” which got retweeted over 900 times… so yeah, international tweeting is hard for the septuagenarian actor, but we are here for it.)

“What a Surprise, Had a special Visitor at my Studio Today,” Adar wrote on Instagram. “Henry Franklin Winkler is an American actor, comedian, author, executive producer, and director. Initially rising to fame as Arthur ‘Fonzie’. What a beautiful Soul.” (Agreed!)

In the pictures, you can see Winkler with tzitzit, the fringes of a prayer shawl, peeking through and a black hat, flanked by paintings of Ze’ev Jabotinsky, a Lubavitcher rebbe, and Golda Meir. I really can’t think of a more Jewish picture, and I kind of want it framed in my office.

Also, here are some pictures of Henry with the hair, make-up and costume people of “Chansi.” They were all very, very excited to meet the Fonz.

A young extra on the set also shared pictures of himself and Winkler from “Chanshi” with his Jewish mom, who kvelled about them on social media. While her son had no idea who the Fonz was (he remembered him as the coach from the 1998 Adam Sandler movie “Waterboy,” and said that Winkler was a mensch. He also got Winkler to record a video for his uncle, whose dog is named Fonzie.

Lol. My son was an extra in an Israeli film featuring Henry Winkler – he was so excited to meet “the coach from Waterboy.” 🤦🏼‍♀️All jokes aside, he said Winkler was a mensch. pic.twitter.com/hvzQn4QZW5

After shooting, Aaron and Winkler took some time to enjoy the sights and get windblown by the Mediterranean Sea on their day off. Here they are looking like your adorable Jewish grandparents on a trip, with Winkler double-fisting a fancy camera and a bottle of water, as a zayde does, and Aaron wearing big fancy shades and holding her mask in her hand. I want these two as my new Jewish grandparents, please and thank you.

This is Winkler’s first visit to Israel, and he didn’t just spend time hanging out with his onscreen wife — he took his real wife of over 40 years with him. Winkler and Stacy Weitzman visited former Israeli member of the Knesset Dr. Einat Wilf together. They chatted about Zionism, Israel and his important work on dyslexia. Both Winkler, his stepson and his daughter are dyslexic, and Winkler has co-written the delightful “Here’s Hank” children’s book series, which follows Hank, who has dyslexia, on his many adventures and misadventures.

Just had the honor of hosting Henry Winkler ("The Fonz") at my home for a lovely lunch discussing Israel, Zionism, the Jewish state and Winkler's important work on Dyslexia. This is the first visit to Israel of Henry Winkler and his wife Stacy Weitzman (hopefully not the last!). pic.twitter.com/aZFu0oRAmH

Winkler also met up with Israeli author Etgar Keret, who was clearly star-struck. “Hanging out with The Fonz makes me feel 12 again. Thank you, Henry Winkler, for your never-ending good vibes,” Keret wrote on Instagram, sharing a picture of the two of them at a restaurant, with Winkler giving the most genuine, heartfelt smile and wearing a fabulous bright green flannel shirt (feeling this unorthodox stylistic choice!).

If that wasn’t enough, Winkler also visited the Uri Geller Museum in Tel Aviv, where he met up with the Israeli-British illusionist.

In a video that Geller shared on Instagram, Winkler says, “My verdict is that I can’t believe that I watched on television years ago this man bend a spoon and I went in my bedroom ‘eeeh’ [dismissive zayde sound]. Then I’m here and this man bends a spoon I now have in my pocket and I no longer go ‘eeeeh,’ I go [Winkler slaps his forehead] ‘oooh!'”

“I’m included in the items here and I am very proud,” Winkler continued, having given a spoon to the museum, which Geller referred to as his “Cadillac” in the caption.

After meeting with Geller, Winkler continued his celebrity tour by meeting up with Fauda’s Lior Raz at his home (Winkler declared himself a forever fan of the Israeli cult hit) and with show actor Tsahi Halevi.

“One of my idols growing up as a kid in Rome was Fonzie aka The Fonz from ‘Happy Days,'” Halevi, who also starred in the Israeli show “Hostages” and “,” wrote on Instagram. “I used to watch every episode and imitate him.” Halevi said that it was a dream come true to meet Winkler, and the two even watched the brilliant Israeli comedy “The Mossad.”

Halevi recalled that after their meeting, Winkler snuck away and came back with ball from a nearby store — a present for the actor and singer’s son, who had just turned one, which Winkler signed with an “Adam is cool + powerful.”

“What a great talented humble man, thank you from the bottom of my heart,” Halevi concluded. Scroll through the post below to see little Adam with Winkler’s ball — your heart will melt.

In case you were wondering, yes, Winkler is sampling the local cuisine. When TV writer Eric Stangel asked his followers “how are you holding up tonight?” on Twitter this Tuesday, Winkler answered: “full of hummus.” Is there a better feeling in the world?!

I must say I’m pretty impressed with how much Winkler is getting done in one short visit! I’m already hoping “Chanshi” gets renewed for a second season, if only so we can get more adorable pictures of Winkler in Israel.