Why We Didn’t Circumcise Our Jewish Son 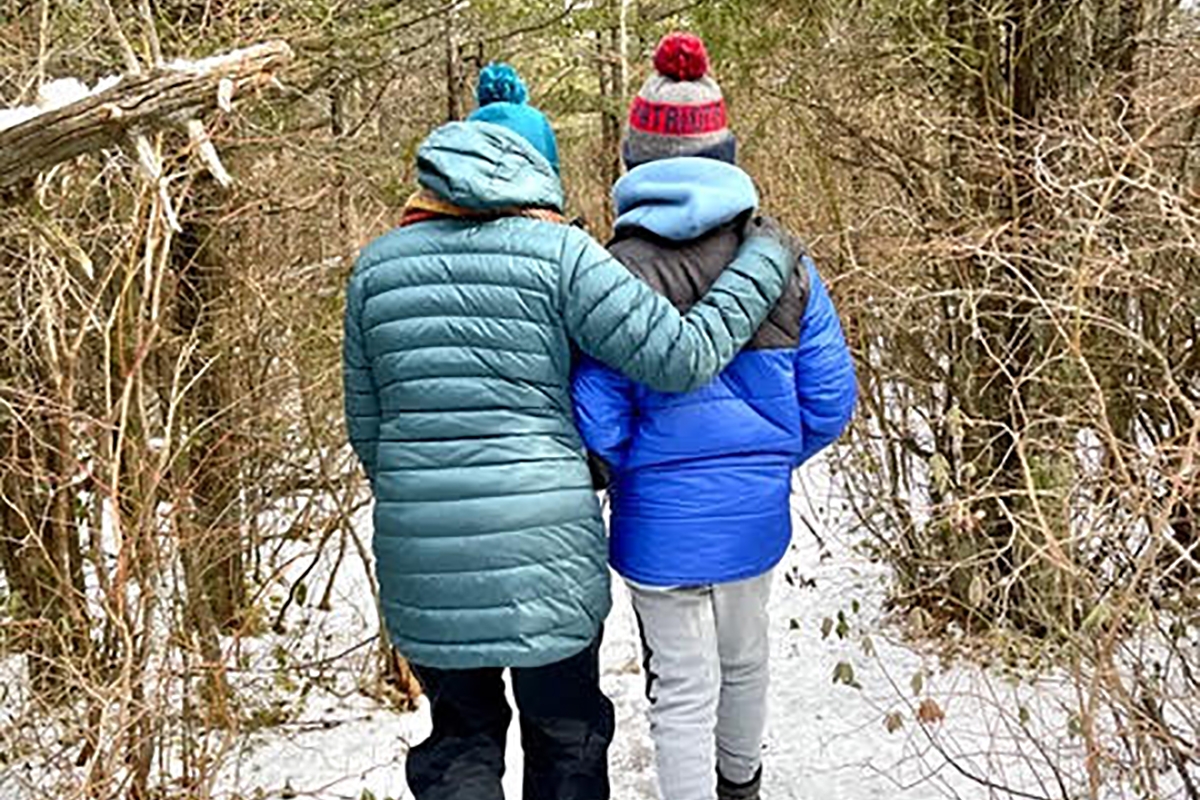 On a chilly autumn morning in 2020, our relatives and friends sat spaced six feet apart on rented chairs in an open field. Like many other families across the globe, we found ourselves celebrating a milestone outdoors in order to stay safe during the Covid-19 pandemic. The purpose of our gathering was our son’s bar mitzvah; a makeshift bimah had been assembled and a portable ark was brought in to hold and protect a beautiful Torah scroll.

Those who knew me in my younger years might be surprised to learn that I had a bar mitzvah for my child. This is because I grew up in a conservative Catholic family. During college, I moved away from this belief system, and in my mid-20s, I began dating a kind, thoughtful person who ran a local summer camp. His passion for serving children and families was one of the many endearing qualities I recognized in him. Lee was vocal about his Jewish identity and his wish to raise children with the same traditions of his childhood. As our relationship blossomed and marriage was on the horizon, I began attending a Judaism course taught by a group of Reform rabbis.

There was much that excited me about Judaism. I was thrilled to have a framework from which I could teach our future children about tikkun olam, the mandate central to Judaism that we must work to repair our world. Before Lee and I stood under a chuppah to exchange wedding vows, I visited a local mikvah (ritual bath), where I immersed myself three times in a sacred pool while reciting necessary prayers to emerge as a Jewish woman. As part of the process, I also sat before a panel of rabbis and was tested on my knowledge and understanding of Judaism.

One of the rabbis invited me to share complaints I might have about Jewish life. I answered in earnest, telling the panel that I couldn’t wrap my head around Jewish circumcision. I struggled to understand how a painful and antiquated ritual could be justified in the 21st century. The rabbi who’d asked the question offered validation and compassion; he told me his son’s bris was the hardest day of his wife’s life. I told the rabbi that I still intended to choose a ritual circumcision should my husband and I have a son. At that moment in time, I was being truthful.

Less than a year later, Lee and I learned we were expecting our first child. We never confirmed the biological gender of the baby, nor did we discuss circumcision much during the pregnancy. On Thanksgiving morning of 2005, our daughter Rachel was born.

I don’t know what would have happened had we needed to make a decision about circumcision. What I do know is the maternal need to protect my child kicked in immediately. I vividly recall sitting in a cozy chair, holding my newborn daughter and breathing in the delicious, intoxicating smell that emanated from her dark brown hair. As I gazed in awe at the perfect and precious being, I realized it was her eighth day of life — had she been born a boy, the bris likely would have been that day. My body tensed and my eyes filled with tears as I imagined it  — and, in that moment, I understood the unconditional maternal need to protect would be transferred to any future children.

Not long after, we learned the joyful news that our family would be growing. This time around, Lee and I felt compelled to plan ahead, in case we needed to tackle the circumcision dilemma. Sure enough, we found out during a routine ultrasound that I was carrying a boy.

We spent many a long night educating ourselves about circumcision, each doing our best to keep an open mind. On the one hand, we wanted our son to grow up with a strong connection to his Jewish identity. On the other hand, we did not want him to be traumatized as a newborn, suffer complications, or forever remove highly innervated, sexually sensitive foreskin tissue. Gary Shteyngart’s recent New Yorker piece, “A Botched Circumcision and Its Aftermath,” brings to light some of the very fears my husband and I had with regard to circumcision. Shteyngart wrestles with both the question of why such a ritual has existed for centuries, virtually unquestioned, and what purpose his physical and psychological pain served.

For me, the instinctual drive to protect the baby growing inside me was so strong that I visualized going into hiding with him on his eighth day of life. As my pregnancy progressed, and with ongoing discussion, Lee came to understand my objections and agreed to leave our son intact.

Our decision to opt out of circumcision was met with anger by some of our relatives. One even accused my husband of bending to my wishes, saying, “You never would have come up with this idea on your own!” Those who disagreed with our choice expressed disbelief — the idea that we planned to opt-out of brit milah and raise our son in a Jewish home seemed unthinkable to them.

Our son was born in the fall of 2007 and, due to the controversy surrounding our decision in our extended family, we chose not to mark his arrival on his eighth day of life. Some months later, however, we held a lovely brit shalom ceremony in our backyard officiated by a community rabbi. Brit shalom is a term often used to describe covenantal naming ceremonies for Jewish boys who will not be circumcised.

I still feel sadness recalling how some members of our family reacted with anger to our decision. And yet, as I write this, over 13 years later, we are at peace with the path we chose as Jewish parents. In fact, the issue very quickly faded into the background of our daily lives and in no way led to us feeling “less Jewish” than other families.

My experience ultimately led me to connect with other engaged Jewish people who were questioning circumcision or deciding against it for their sons. Through these connections, I learned a new organization was in the works to support families like mine. That organization, Bruchim, launched last week, and I am pleased to be part of its governing board. Bruchim’s mission is to foster welcome and inclusion of non-circumcising Jews in Jewish spaces of all kinds.

I am grateful to be part of a religious tradition where wrestling with God and moral decision-making are not only encouraged but expected. As for our son, his journey to becoming bar mitzvah was a bright spot in an otherwise challenging time for the world. With a twinkle in his eye, he carried the Torah scroll with pride and reverence, weaving his way in and out of the rows of guests. When the time came, he stood tall and read from the Torah with poise and ease. There he was, our 13 year-old son, becoming bar mitzvah, surrounded by those who love him, exactly as he is.