Actually, You Can Have Jewish Family Members and Still Be Antisemitic – Kveller
Skip to Content Skip to Footer

Actually, You Can Have Jewish Family Members and Still Be Antisemitic 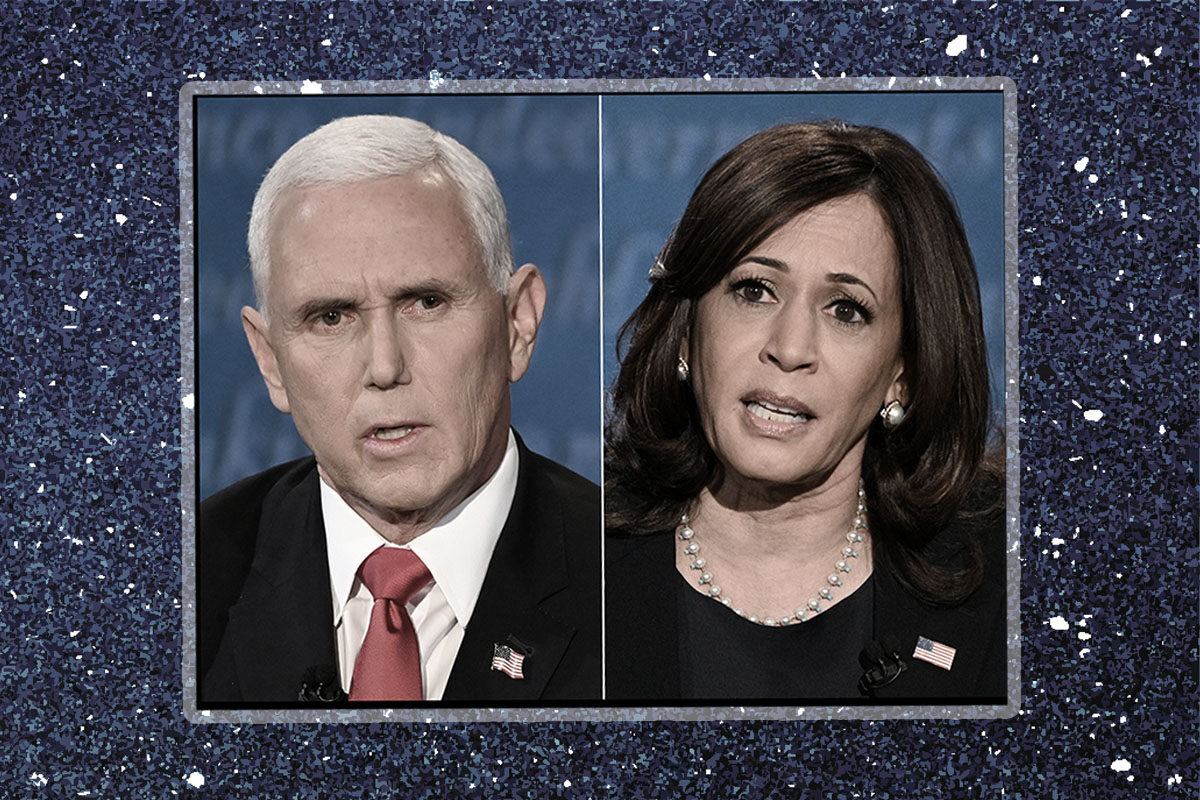 After a chaotic bedtime, in which my 2-year-old got up from his new big-boy bed no less than 237 times, my husband and I sat down to watch last night’s vice presidential debate.

As a contrast to the recent presidential debate between President Trump and Democratic nominee Joe Biden  — which was described as a “hot mess inside a dumpster fire inside a train wreck” — we hoped for some substantive discussion. I personally hoped to maybe see a cute hug or two between Democratic veep nominee Kamala Harris and her Jewish husband, Doug (and, fortunately, that hope was not in vain).

What I didn’t hope for, but maybe should have expected, was some textbook tokenism from Vice President Mike Pence — targeted at Jewish children, no less.

It all went down when Harris attacked Trump for his inability to condemn white supremacists at last week’s debate. (I know, it’s hard to believe it was only last week.) At that debate, Trump told the Proud Boys — a group whose leader, in 2017, defended Holocaust deniers and repeated antisemitic stereotypes in a video initially called “10 things I hate about the Jews” —  to “stand back and stand by.”

President Trump has since denounced that statement, but as Ron Kampeas of JTA notes: “On multiple occasions during his campaign for the presidency and then while in office, Trump has appeared to encourage or absolve white supremacists, only to condemn them under pressure.”

Trump’s condemnation was largely overlooked because it came mere hours before he and the First Lady announced they were Covid positive. Still, the condemnation did nothing to change the fact that his invocation was taken by one white supremacist leader as a call to a race war, and the statement was transformed into a new slogan for the Proud Boys.

During the debate last night, Pence had a response to Harris’ “concern that President Trump doesn’t condemn neo-Nazis,” as he phrased it.

And it was this: “President Trump has Jewish grandchildren, his daughter and son-in-law are Jewish. This is a president who respects and cherishes all of the American people.”

Jewish Twitter erupted at this statement — and rightly so. As did I, because: why? Why must we tokenize other people’s Jewish family members in such a paltry, meaningless way? Why must we bring in the children? What, exactly, is Pence’s point?

REMINDER: Having Jewish grandchildren doesn’t mean ya can’t be anti-Semitic.

This statement — that Trump has Jewish relatives, which his administration and its supporters have previously used to defend Trump against accusations of antisemitism — is completely vacuous. Of course Trump loves his grandchildren and his daughter — at least, one would hope so. But being related to Jews is no absolution to the accusation of antisemitism, or of stoking white supremacy.

This tired trope and its variations — like “some of my best friends are Black” — have been used time and again. Take, for example, the Harvey Weinstein scandal. After countless allegations of sexual harassment and assault against the Hollywood mega-producer went public, his frequent collaborator, Matt Damon, along with many men on the internet, denounced his actions while including the phrase “as the father of daughters.” The phrase rightfully enraged the internet — you shouldn’t have empathy for women only if you’ve raised one.

“Some of my best friends are Jewish” and related sentiments have been an excuse for antisemitic and white supremacist groups for quite some time now. In fact, it is the title of a 1936 book written by Robert Gessner about the history of antisemitism and, just one year later, it was the excuse judge Robert Black used during his Supreme Court nomination process when it was discovered that he was a member of the KKK.

At the time, newspaper editorialists mercilessly mocked the claim. In later years, social scientists refuted the notion that being friends with members of a minority was incompatible with holding racist views about it.

These kind of excuses aren’t just empty, they are uncharitable toward said Jewish friends and family members. Using this phrase is just using people as tokens — othering them, and reducing them to their minority identity. Harris could have retorted with a comment about her own Jewish husband and Jewish stepchildren — but, thankfully, she didn’t.

There are so many ways to respond to accusations of white supremacy and bigotry. But the one Mike Pence offered is infuriatingly condescending to the Jews in this country. Yes, some Jews love to kvell about Trump’s Jewish relations, as some love to kvell over Biden’s and Harris’ Jewish relatives. That’s all good and dandy. But being related to Jewish people is not a shield against accusations of bigotry.

Jews and minorities in this country deserve more than an age-old excuse. They deserve substance, and they deserve leaders who will abhor any kind of hate (be it antisemitism, racism, sexism, or xenophobia) from the get-go, in the strongest terms possible. After all, we are all human, and we’re all related to someone.