You Can Now Listen to the ‘Encanto’ Soundtrack in Hebrew 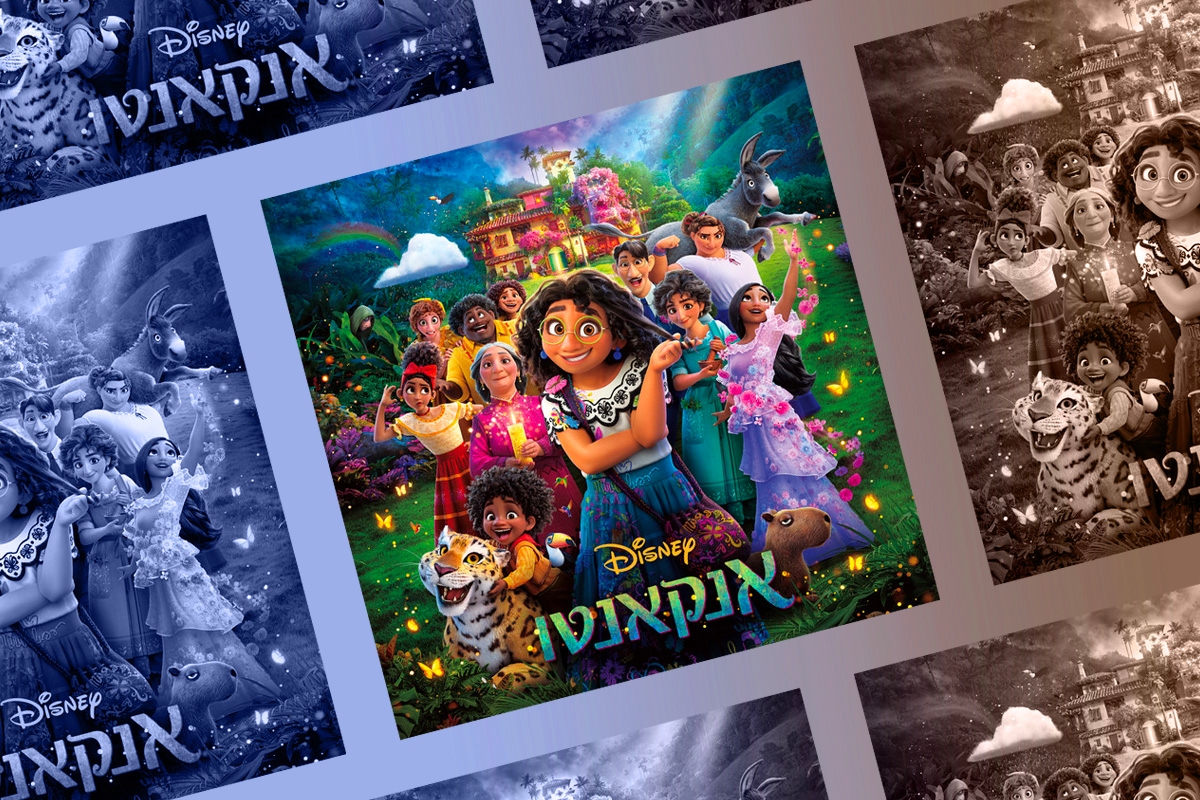 A day I have long dreaded and anticipated has come — the “Encanto” soundtrack is finally available in Hebrew.

To be clear, my dread about said soundtrack has nothing to do with its quality: the “Encanto” Hebrew soundtrack is pretty excellent, considering what a feat it is to translate Lin-Manuel Miranda lyrics. Truly, props to all the international releases of this movie — but this one especially really works well.

Still, after spending months listening to the original soundtrack and all of this month listening to “Encanto” Purim parodies, I have a good feeling that now that it is here, this soundtrack will not stop playing in my house for a very, very long time.

I’m sure many of you have experienced the miracurse that is those extremely persistent earworms in the original English. I predict all speaking members of my household will know their Hebrew versions by heart by the end of the week, and that I will be finding myself involuntarily singing them while running errands and embarrassing myself in public for at least the next few months. In fact, I already found myself singing “Ten LaNes Sheli Likrot,” the Hebrew of “Waiting for a Miracle” which literally translates to “let my miracle happen,” while making myself a cup of coffee today. Let’s just say this soundtrack will get you in the mood for Hanukkah (seriously, the word “nes” shows up so many times you could start a (juice) drinking game).

The dubbing team behind Encanto is helmed by Maya Mitelpunkt, a prolific voiceover actress who brings a lot of raw emotion to the role of Mirabel. Mitelpunkt has previously dubbed iconic characters like Barbie, Smurfette, and Mrs. Puff of “SpongeBob SquarePants” (she’s an icon to me).

Then of course, there’s the Hebrew “We Don’t Talk About Bruno” — “Al Tazkiri Et Bruno” — which literally means “don’t bring up Bruno” and will definitely have you singing “lo, lo, lo!” (“no, no, no”) along with the chorus.

This soundtrack is a great way to teach your kids the Hebrew words for different family members — in “Mishpachat Madrigal” you can hear Mitelpunkt talk about “dor v’dor” (generations and generation), call Pepa “doda” (aunt) and Bruno “dod” (uncle), yelp “ima!” (mom!) at Julieta and call Abuela “safta,” the Hebrew word for grandmother.

Speaking of Abuela, she is dubbed by famed actress Miki Kam, whom you may recognize from the latest season of “Shtisel.” She sings beautifully in the family finale “Ha Nes Nimtza Banu” — literally, “the miracle is in us.”

Happy listening and good luck to us all trying to keep this soundtrack out of our heads!