14 Movies About Atonement for Yom Kippur 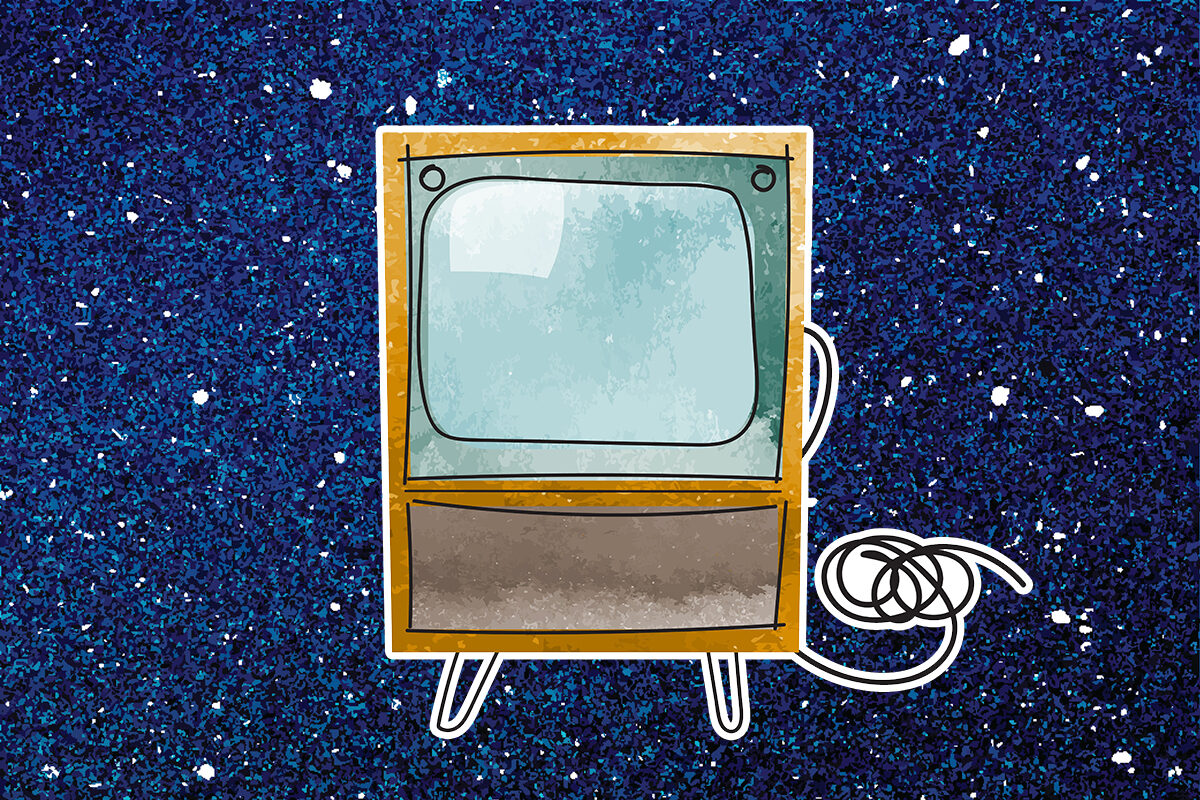 Yom Kippur, also known as the Day of Atonement, is coming up on the evening of Tuesday, October 4. It’s the culmination of the Days of Awe, the 10-day period during which we’re supposed to atone for the wrongdoings of the year — and apologize to those we have hurt.

But there’s a difference between apologizing for our misdeeds and atoning for them. The process of understanding how our behaviors hurt others — and hurt ourselves, because let’s face it, many of us have not found the space to take care of our own needs this year — requires a bit more than a heartfelt text message.

Yes, atonement can be a lot to ask for in a year where everything is too much. Fortunately, at a moment in which it feels we have lost so much, we still have art — and art can help illuminate so many things, including the process of atonement and redemption.

As such, I’ve assembled a list of films that explore these concepts that can help make this pandemic Yom Kippur more meaningful. Some of these movies are heavy, and some are lighter; some are Jewish, though most are not. But they all have something to teach us about atonement.

Of course, traditionally we are not supposed to watch any movies on Yom Kippur — but quite a few Jews observe the holiday by fasting and watching Netflix. When I was growing up in Israel, the day before Yom Kippur was the day we went to Blockbuster to procure some DVDs and videotapes to have something to watch while TV channels went dark for Yom Kippur.

But if you don’t watch movies on Yom Kippur, you can definitely binge these anytime over the holiday weekend. Have a meaningful Yom Kippur — and go easy on yourselves!

This super-Jewish Coen brothers film, set in 1967 Minnesota, tells the story of Larry Gopnik, a physics professor whose life and faith are unraveling. In Job-like fashion, Gopnik, befallen by so many tragedies, seems not to understand what he has done to deserve this hand he has been dealt — but for us, as the audience, the cause of his tragedies isn’t all that mysterious.

As Elana Spivack writes in Alma: “His refrain throughout the movie is, ‘But I didn’t do anything!’” He believes not only that he’s not responsible for his misfortunes, but that he truly did nothing to deserve them… Larry is a victim of his own ignorance, oblivious, sniveling, self-pitying. He doesn’t see that his inaction and lack of involvement in his own life creates space for trouble, inviting in the proverbial dybbuk. There’s a lot to be learned from Larry on how to do better.”

Atoning for: not being present and engaged with your family and your reality.

Watch if you’re into: the Coen Brothers and super Jewish movies.

As They Made Us

Mayim Bialik’s directorial debut, “As They Made Us,” is about the chaos of Jewish family. It stars Diana Agron as divorced Jewish mother who is trying to keep her life and family together, as her father (Dustin Hoffman) is dying from a degenerative illness. She also tries to reconnect with her estranged brother (played by Simon Helberg) so he can say his final goodbyes. Through it all, she strives to find a way to deal with her own grief and childhood trauma, and parent her two young kids while dealing with her chaotic Jewish mom (Candace Bergen). It’s heart wrenching and real.

Atoning for: not being kind enough to yourself and not taking up the space you deserve.

Watch if you’re into: Revisiting family trauma, an all-star mostly Jewish cast and the healing power of Jewish ritual.

Watch it on: Paramount+

Seth Rogen and Evan Goldberg’s HBO Max film is the most Jewish movie to come out this year. The comedy is about a man who meets his great-grandfather — a century after he fell into a vat of pickles and remained perfectly preserved. Both great-grandfather and great-grandson are played by Rogen. An American Pickle is an imperfect movie, but at its core, it is about a person who learns to embrace the Jewish identity that he didn’t always feel connected to or comfortable with.

Watch if you’re into: a good Seth Rogen beard, seltzer, and pickles — and don’t want to watch anything too heavy.

Watch it on: HBO Max

Otherhood is not a great movie — but it is a fun, distracting watch. The movie, about three mothers of grown children, has a particular scene of a Jewish mother making amends that I simply love. It’s also about letting go of ideas and ideals we have for our children, and just letting them be themselves.

Atoning for: being an overbearing (Jewish) mom.

First things first: This movie is not for young kids. It’s rated TV-14 and has some pretty explicit and brutal bullying and allusions to suicide. But it is a fascinating exploration of atonement. It’s the story of a former school bully, Shoko — who himself became bullied — trying to atone to the deaf girl he tormented as a child.

A Silent Voice examines what happens when a bully becomes the person bullied, and explores aspects of culpability and responsibility — especially that of the teachers and the fellow students who do nothing stop the bullying, which is especially vicious in Japanese schools. It’s also about how so many people who’ve been bullied internalize the messages they recieved, even after the bullying stops.

The movie is perhaps a bit too forgiving to the bullies by Western standards, but it’s still an emotionally poignant film, and incredibly relatable for anyone who has ever felt like an outcast.

Atoning for: bullying — and the way many participate in it without even realizing they are.

Watch if you’re into: breathtaking animation — or want to try something new.

Well, it’s hard to make a list about atonement and not put this film in it. Based on the Ian McEwan book by the same name, this movie is about the awful, irreparable consequences a lie can have — and one woman’s attempt to atone for that lie, which she told at age 13, and which ruined the lives of her sister and the boy she loved.

Atoning for: perpetuating a terrible lie.

I keep going back to Rachel Getting Married.  It’s an imperfect, bittersweet tale of a sister, played by Anne Hathaway. There’s just something about this film that I love; Hathaway’s character keeps trying and not trying to atone to her family for her drug addiction and the toll it took on them, and how she tries to come to terms with her own trauma — at her sister’s wedding.

It’s about the not-at-all finite process of recovery and atonement, family love, and redemption. It’s full of music and joy mixed with sadness — as all great weddings are.

Atoning for: addiction and messed up family relationships.

Watch if you’re into: Anne Hathaway

Watch it on: Amazon Prime with CBS membership

Yes, we’re going from one wedding movie to a very different one, Palm Springs, which is about two people (played by Jewish dad Andy Samberg and Cristin Milioti) reliving the same wedding day in Palm Springs over and over a la Groundhog Day.

There are tales of atonement in this movie, even if nothing changes and you’re stuck in a perpetual time loop. At the end, it is about trying to be a better person and trying not to relive the same mistakes.

Watch if you’re into Andy Samberg in a colorful button-up shirt, quantum physics, and strange but intriguing placements of Leonard Cohen’s “Partisan Song” in movie scores.

Watch it on: Hulu

I’ve Loved You For So Long

Looking for a fun, light watch? This ain’t it, my friend. But this excellent, dark, French film is about atonement. Kristin Scott Thomas plays Juliette Fontaine, a doctor released from prison after serving a 15-year term. She moves in with her sister, Lea, (played by Jewish actress Elsa Zylberstein, who won a Cesar prize for her role), her husband, her father-in-law and two children, and tries to start a new life — despite being haunted by her mysterious crime.

Atoning for: a harrowing crime.

Watch if you’re into: something dark — but also touching and human.

Watch it on: Amazon Prime

When I watched Greta Gerwig‘s Lady Bird, I couldn’t help thinking, “Wow, I’ve never seen a movie that so profoundly explores mother-daughter relationships.” The movie is all about how you can be so close to your mother, and still profoundly not understand and hurt each other.

We all have ideas about our parents, and our children —  who they should be, and reconciling them with who they actually are and want to be is hard. It’s a space in which we can really hurt each other — a lot.

Atoning for: some shit with your mother and/or daughter.

Watch if you’re into: a really striking comedy about mother-daughter relationships.

When we talk about atonement, we should also think about how so many in this country should atone for their crimes and the ways in which mass incarceration systemically hurts and disenfranchises Black people in this country.

Atoning for: systemic racism and the carceral state.

Watch if you’re into: powerful and very important documentaries.

As I was watching Disclosure, the illuminating documentary about trans representation in movies and TV, I was struck with just how many lauded films and shows perpetuated the stigma and helped engender hate and violence towards trans people.

Movies like Disclosure show us how important representation is — both behind-the-scenes and in front of the camera — and how dangerous it can be for any minority to be represented solely by those with power and privilege.

Watch if you’re into: inspiring documentaries that remind you about the work that still needs to be done.

This beautiful Noah Baumbach film, very loosely based on some real-life Jew-ish divorces, is about a couple coming apart — and coming together. It’s about the price of divorce, like, the literal price of it, but also the price it takes on the years of love and commitment that came before, and your ability to remember them.

It’s also about learning to accept and even love the fact that family isn’t always what we dreamed it would look like.

Atoning for: hurting someone that you used to love.

Watch if you’re into: a great divorce story.

Jane Austen films have been my saving grace during the pandemic, and a lot of them are about atonement — about misunderstanding the character of someone; letting gossip inform your concept of someone; pride; prejudice; and in the case of the wonderful Emma, letting your romantic ideas of someone get ahead of their own happiness.

I’ve watched this new version more times than I dare to divulge, but it is truly so great. If you want more Jane Austen, you can also stream Pride and Prejudice on Netflix.

Atoning for: letting your own notions of how the world should be get ahead of what would make you and your loved ones happy.

Watch if you’re into: an atonement movie that will make you feel good and that will actually feel like fun (and sexy) self-care.