A Jewish Horror Film With Yiddish Dialogue Is Coming Soon 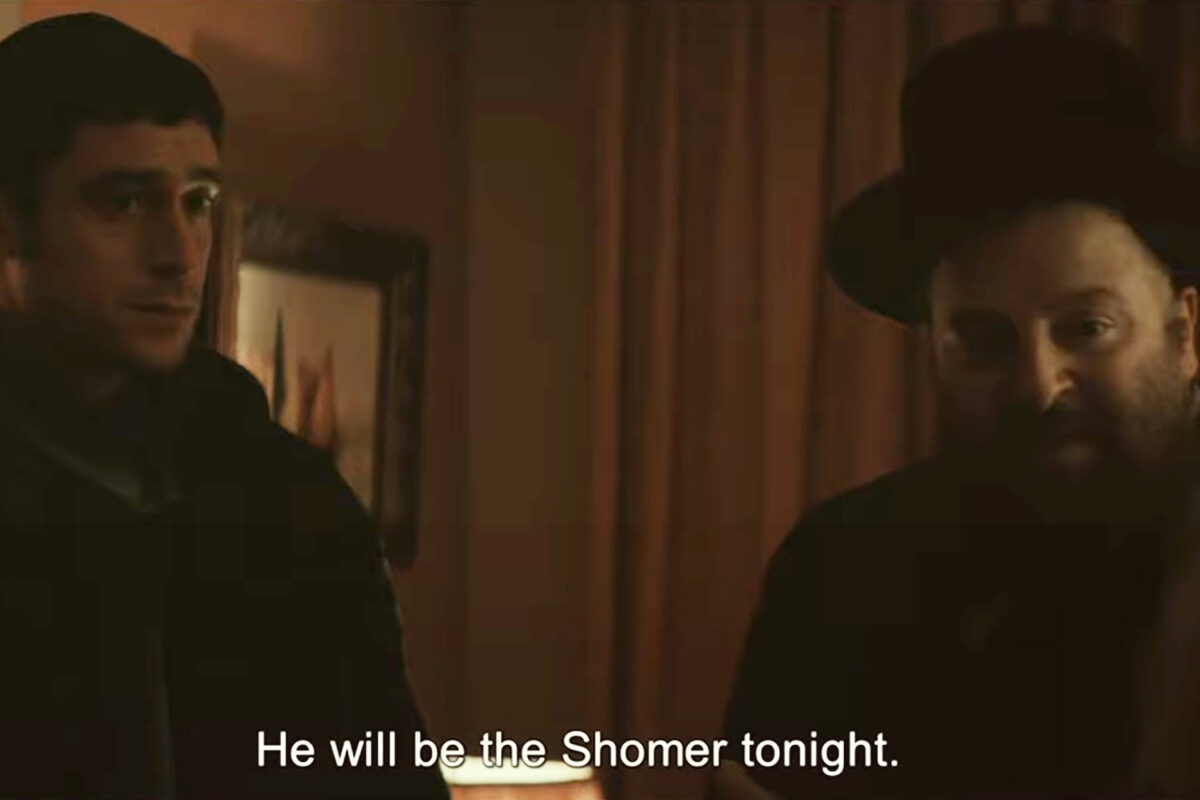 From the Netflix series Unorthodox to Seth Rogen’s forthcoming film, An American Pickle, there’s been a recent spate of TV shows and movies of late that incorporate Yiddish. Now, there’s a horror film to add to the list: The Vigil.

The film, directed by Jewish filmmaker Keith Thomas, is about a truly terrifying night that Yakov (Dave Davis), who had left his Brooklyn Hasidic community, endures. Yakov returns to his Borough Park neighborhood for a one-time paid gig: sitting up all night to watch over the body of recently deceased Holocaust survivor. While his widow, Mrs. Litvak (the incredible Lynn Cohen, who has been in literally everything, including stints as Magda on Sex and the City and Golda Meir in Munich) remains upstairs, Yakov reckons with a dybbuk of sorts that had apparently glommed onto Mr. Litvak at Buchenwald.

The film, dubbed a “Jewish horror movie,” premiered at the Toronto International Film Festival last year and is slated for international release on August 5. Judging from the trailer released last week, it is going to be super spooky: there are flickering lights, eerie sounds, and jump scares galore. In the spirit of horror films like The Conjuring, the trailer shows a dark monstrous figure in the kitchen, followed by the sudden reappearance of Mrs. Litvak. Scary!

The film also appears to be very Jewish: The first minute of the trailer is fully in Yiddish, and Yakov spends the first moment of his watch reading a Hebrew text. The premise of the film is also rooted in the Jewish practice of aninut, or the time between death and burial. The vigil shows the step of shemira, or sitting with the body, in the sequence of attending to tzorchei ha-met, or the needs of the dead.

Remarkably, in his film, Thomas, a rabbinical school dropout, explores the significance of Holocaust trauma in the Jewish community. Despite Yakov’s intentions to leave behind his community and the pain of his younger brother’s untimely death, he literally cannot escape the trauma and haunting of the departed.

Despite my knee-jerk reactions to horror movies (especially jumpscares, which make me literally run out of the room), I appreciate how some scary movies, such Jordan Peele’s Get Out, can serve as important social commentary. Many Jews today live with intergenerational trauma of family stories of loss, tragedy, and real-life horror from the Holocaust. Here, this passing of trauma from one generation to the next is “personified,” if you will, in the form of an evil demon.

While I don’t imagine I could sit through this entire film in a theater — or even in my own living room, for that matter — I think it’s pretty cool that The Vigil creates a new platform for educating audiences about a dark part of history. Plus, any movie that potentially introduces new audiences to the sounds of Yiddish is an excellent reason to kvell!