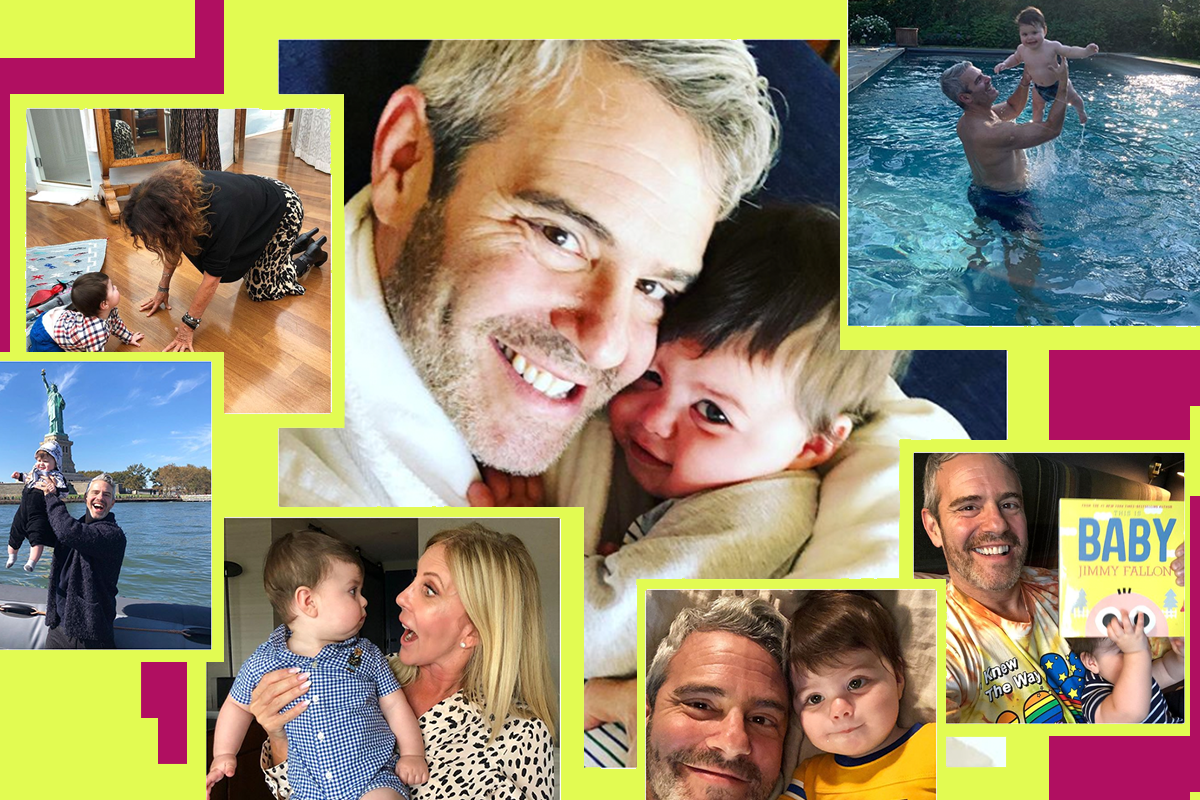 Yes, I have my own Jewish baby, and he is the cutest. So you might be surprised to hear me say that I think Andy Cohen’s truly adorable baby just may be the cutest Jewish baby alive.

Since Benjamin Allen Cohen (such a Jewish name!) was born in February, his father, TV personality Andy Cohen, has been sharing the best pictures of him, smiling movie-star smiles and wearing some truly amazing outfits. It’s why no less an authority than People magazine has declared Benjamin the “Cutest Baby Alive.”

So is this article calling Ben the cutest Jewish baby alive just a ploy to get you to look at pictures of Ben? (As well as a ploy to spend my working hours looking at him?) Possibly — er, probably — yes.

I mean, look at this adorable baby playing independently.

He manhandled my Snoopy for a half hour this morning. Heaven.

But, seriously, aside from photographic proof of his adorableness, I also want to make the very real point that, in addition to being a beautiful celebrity baby, little Ben is very “out” as being a Jewish celebrity baby. For one, papa Cohen is very openly Jewish — basically, every 10th word he says is some kind of Yiddishism. And when Ben was born, Andy celebrated his Semitic head of hair and joked about his circumcision (yes, he went there!).

To be fair, it is a pretty great head of hair. I mean, check it out:

Being Jewish is very important to Cohen, who grew up in a Reform Jewish family in St. Louis. His family celebrated all the Jewish holidays and he was bar mitzvahed. He also recently was the international ambassador for the Tel Aviv pride parade and, as part of his visit, he visited the Western Wall and Yad Vashem.

So yes, Cohen and his baby are very Jewish. We can only hope Ben gets some some cute Hanukkah pajamas for his first Festival of Lights! Though these non-holiday PJs right here are pretty sweet:

Thank you to the woman who made me these. You gave them to me in the AC2 Meet and Greet in NYC & I’m still chuckling. #GoToSLEEP ! @bethennyfrankel #lashes

Cohen, by contrast, seems not bothered about sharing pictures of Ben. And, hey, good for him! After all, as the executive producer of The Real Housewives franchise, he spends his days encouraging people to put it all out there — and clearly he lives by what he preaches!

So when we say Benjamin Cohen is the cutest Jewish baby alive, we mean he’s the most public Jewish baby out there. (Though again, as a daily surveyor of babies, he is objectively insanely cute.) Other Jewish celebrities’ babies are probably also incredibly adorable — but we can’t know that for certain because we just don’t see them! (But if any Jewish celebrities are reading this, you’re welcome to DM us photos of your babies anytime!)

So, now that we’ve established that Ben is, in fact, the cutest, let us just enjoy some more pictures of him. Here is a cute song about baby Ben’s feet. It’s called “Face Full of Feet,” and if it’s not the best song of 2019, then I don’t know what is:

While many Jews may argue the pros and cons of celebrating Halloween, I don’t think anyone can argue that this father-son Snoopy and Woodstock costume isn’t perfect. Shh…. Don’t argue! Lean into the cuteness.

But also, just look at this face. How good is this face?! The eyes, the cheeks, the hair. That’s some serious shayna punim action right here!

Look at this cuddle. What a good cuddle.

We love you baby Ben!