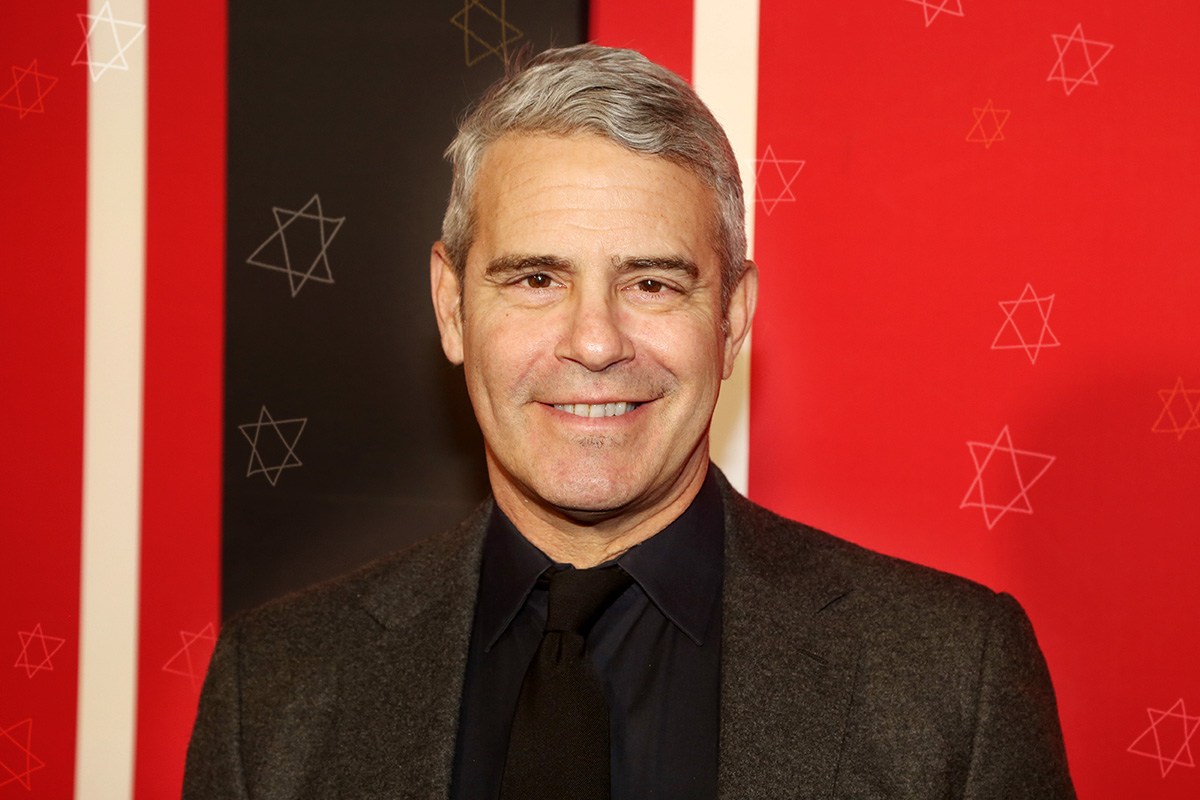 The king of mazel and reality TV, Andy Cohen, recently welcomed his second child, daughter Lucy Eve Cohen, on April 29. Based on the many Instagram photos, she is an adorable bundle of joy with a head full of Semitic hair and a shayna punim that is very reminiscent of her older brother Ben‘s cute face.

On his return to “Watch What Happens Live!” this week (yes, Cohen didn’t take much parental leave, but we’re sure he’s getting the help he needs!), the host explained his daughter’s name, which not only has very Jewish roots but is also rabbi-approved.

Cohen started off the show by thanking his followers and fans for their love and support. “I see all your messages,” he said, “I want you to know that your virtual cheerleading of my starting a family on my own has lifted me up when I most needed it.”

He then praised his surrogate — who was sitting in the audience of his show just two days before she gave birth to baby Lucy.

“I am so grateful for her,” he said, “and grateful that she could deliver and carry Lucy in New York state, where surrogacy is now legal with a law giving surrogates all the rights and protections that they so strongly deserve.”

After finishing his very sweet and heartfelt thank yous, Cohen went on to explain his newborn’s name.

“Louis is a big name in my family — two great grandfathers and my dad all named Louis. So that’s where I got Lucy,” Cohen told to his viewers. “I’ve always loved the name Lucy — by the way, my mom, as you know, is named Evelyn, and that’s where Eve comes from. So: Lucy Eve. That’s where she is.”

Louis comes from French and it is not a Jewish name but… it sure feels like it might as well be. Cohen is not the only man coming from a family with generations of Jewish Louises — or Lous (my two Jewish sons do as well!). As for Eve, it is, of course, the name of the first biblical Jewish woman — and Cohen and his mother Evelyn are one of our favorite Jewish mother-son duos.

On air, Cohen addressed the fact that it isn’t usual for an Ashkenazi Jew like him to name their child after not one, but two living people. Those familiar with Jewish naming traditions know that Ashkenazi Jews traditionally name their kids in honor of deceased relatives.

“I want to point out my great respect for the Ashkenazi tradition of not naming kids after living relatives,” Cohen said on the show, “but after speaking extensively with my rabbi, Judaism is a big multicultural tent with many traditions and honors.”

Cohen belongs to CBST, Congregation Bet Simchat Torah, an LGBTQ congregation in New York City led by Rabbi Sharon Kleinbaum. Kleinbaum has been on his show several times and delivered a moving message of unity on air after the shooting at the Tree of Life Synagogue in Pittsburgh back in 2018.

Both Rabbi Kleinbaum and Cohen are right, of course; there are plenty of Jews who do name their children after living relatives. Sephardic Jews even have a tradition of doing so.

We love the beautiful name Cohen chose for his second child and the thought that went into it — and we really love the fact that he even consulted his rabbi about it. Such a Jewish power move!

In the meantime, Cohen is honoring another longtime parental tradition: the handing down of clothes from firstborn to secondborn. He recently posted a photo of baby Lucy wearing Ben’s very stylish hand-me-downs — a pair of Fendi pants (this is a celeb baby, after all) given to Cohen by Denise Richards and a bedazzled Snoopy shirt baby Ben received from Marie Osmond. We love it!