‘Better Things’ Is The Perfect Show for Moms During Lockdown 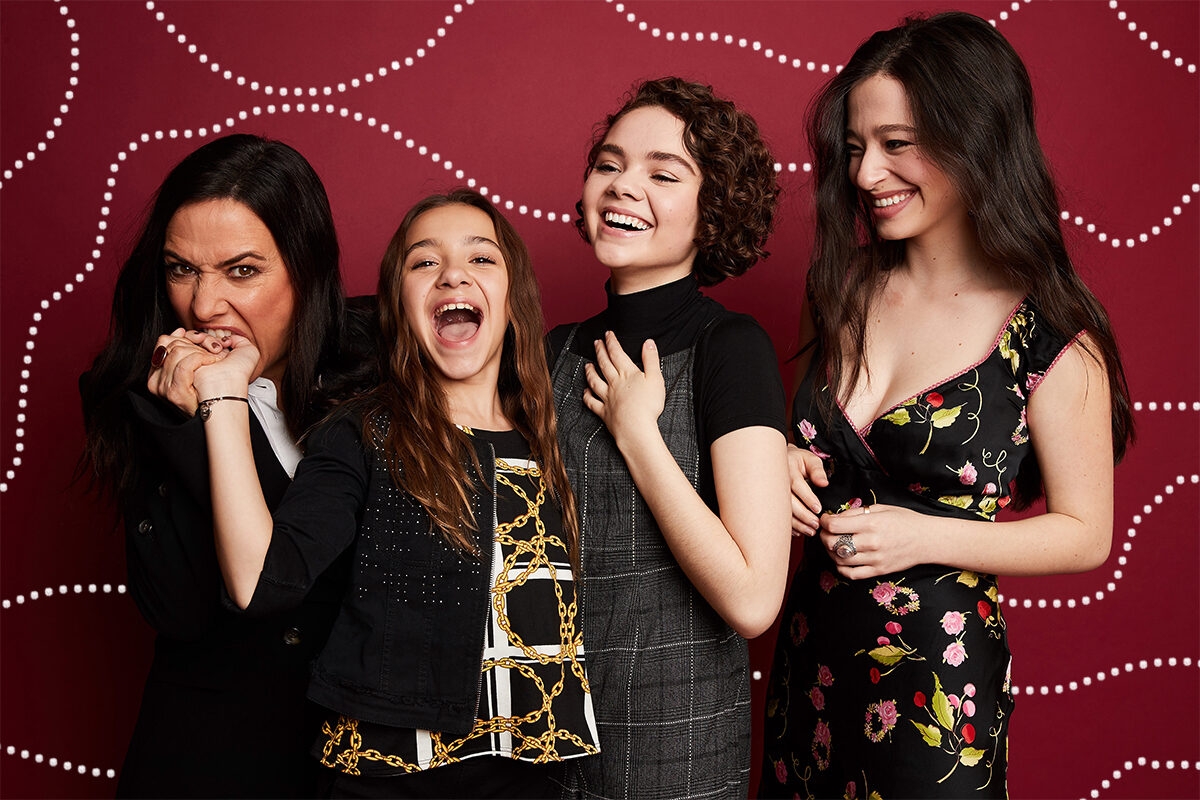 The FX series “Better Things,” created by Pamela Adlon and Louis C.K. (though Adlon cut ties after he admitted to multiple allegations of sexual misconduct) is the best show about motherhood on television. While the series’ fourth season recently concluded, all episodes are available to stream on Hulu — and watching them all is so worth your time. The fourth season builds upon the incredible second and third seasons by continuing to chronicle the highs and lows of Adlon’s character, Sam Fox, as she raises three daughters.

As Adlon herself maintains, “Better Things” is a show imbued with Jewishness, even if it rarely addresses Judaism explicitly. There are references to Sam’s Jewish identity peppered throughout the series: In the fourth season, Sam’s middle daughter, Frankie, celebrates her 15th birthday with a “batceañera” (a combination of quinceañera and bat mitzvah). This comes about because Frankie expresses the desire for a quinceañera, but Sam is concerned about cultural appropriation and suggests she have a belated bat mitzvah instead. Thus, the hybrid batceañera is the compromise.

Although Jewish traditions aren’t often present in “Better Things,” the show’s Jewishness is signaled in more organic ways, such as the loud, boisterous dynamics within the family, and the importance Sam places on feeding her family and friends. (Tangentially, the sumptuous food preparation and delight Sam takes in cooking is one of the highlights of the show.) While Sam’s Jewishness is expressed sporadically, her identity as a warts-and-all, filter-free mom (basically, the opposite of a “momfluencer”) is at the heart of the show.

I’ve long been a fan of the show, thanks to its willingness to show moms not as self-sacrificing martyrs but as complex, flawed, and sometimes bitter. What makes Better Things special, though, is we never question Sam’s love for and dedication to her kids, despite her faults. Take, for example, the widely lauded season two episode “Eulogy,” in which Sam, who is understandably irked that her daughters don’t seem to value her professional work, asks her three daughters to eulogize her as if she was dead. Wildly inappropriate? Perhaps. But it leads to an incredibly moving scene of the girls verbalizing how proud they are of her.

A recent episode in season four took things to the next level. Sam is frustrated with her eldest daughter, Max, who is an adult with a job, and yet she doesn’t help out around the house or pay rent. Things escalate, and Max makes an underhanded comment that Sam doesn’t “know what it’s like to be a woman anymore.” That hits hard and Sam shockingly calls Max a “c**t,” a word that’s then lobbied back and forth between mother and daughter 18 times.

While I would never advocate for misogynist or other offensive slurs to be thrown around between moms and their kids, I felt incredibly seen in that moment — as a mom with a boundary-pushing son who has often felt triggered and said inappropriate things to him. I know it’s not OK, but moms are human and sometimes we snap under the weight of the huge expectations placed upon us. The fact that kids are stuck at home for the rest of the school year — and they very likely will not be going to summer camp, either — has only made the situation more stressful and fraught.

Right now, I crave a connection with fellow moms as well as entertainment that allows me to process how frustrated I am about overseeing my kid’s distance learning while trying to get my own work done. Even within the first few weeks of the shelter-in-place order — which began early, on March 17, for us in the Bay Area — I didn’t want suggestions for fun activities to do with my kid. What I wanted was to be able to openly talk about how damn hard this is on parents — particularly moms, who are currently doing the bulk of the homeschooling — especially those who already have a full-time job.

But being completely honest about how unfair it all is, or how badly your kids are behaving, has gotten me side-eye in certain moms’ groups. When I posted ion a private Facebook group about snapping at my son and saying something inappropriate, I was criticized and judged for airing my negative feelings about him.

Better Things, by contrast, puts it all out there: the brutal, honest truth about how kids can be complete jerks sometimes. Instead of pretending like parenting is all love and sunshine, Better Things shows us how many moms — particularly single moms like Adlon’s character — can be at the end of their ropes. Sometimes moms blow up at their kids, and sometimes there’s a role reversal and the parent acts more childish than the kid (this happens hilariously in both seasons three and four). But ultimately, Sam — like most moms — always communicates her love and support for her kids. After the big c-word fight between Sam and Max, they end up laughing and hugging.

Better Things is also a deeply feminist show in several ways. First, it highlights the deep significance of female friendships — episodes periodically feature Sam’s get-togethers with her best girlfriends, and they get real about aging and relationship problems. One of the episodes this season, “Father’s Day,” revolves around Sam and her friends processing their divorces, writing letters to their exes, and then burning them in a bonfire as a symbol of moving on.

In the season four finale, we find out that Sam’s been making a documentary about women’s experiences of menopause, and what happens when women are no longer considered sexually desirable. Her ending soliloquy brilliantly addresses the iniquity of being a woman who is adored in her youth and then rendered invisible in middle age: “You’re primed and you’re prepped and abused and adored and harassed and worshipped. And then it all stops. All of it. We even age out of the bad things, like being fetishized or diminished or talked down to…” she says. “But if you have daughters, you feel it even more because the world wants them now. Then: MENOPAUSE.”

Finally, perhaps better than any show I can think of, Better Things poignantly illustrates the understandable resentment many single moms feel toward their absent ex-husbands who aren’t stepping up as parents. Sam’s hostility toward her ex, Xander, finally reaches a climax in the last two episodes of this season. She’s been silently fuming at him for years, trying to hide her disdain for the sake of her daughters. And yet, because she is the higher earner, she has also been supporting him through alimony payments.

Her friends finally decide to intervene, telling her she has to let go of this resentment for the sake of her own mental health. This leads Sam to cut Xander out of her life by taking out a $60,000 loan from the bank in order to pay him his remaining alimony, so she can move on.

All of these aspects of Better Things— being real about the ugly parts of parenting, especially for single moms, and about what happens to women in middle age — make it a show unlike any other on TV. This is also because, despite all the difficult interpersonal dynamics it portrays, the series juxtaposes these vignettes with so many joyous and truly moving moments, such as the gay wedding Sam attends in New Orleans, and her incredibly intimate relationship with her best friend, Rich.

For moms going out of their minds right now with quarantine fatigue, you couldn’t ask for a better form of entertainment than Better Things.